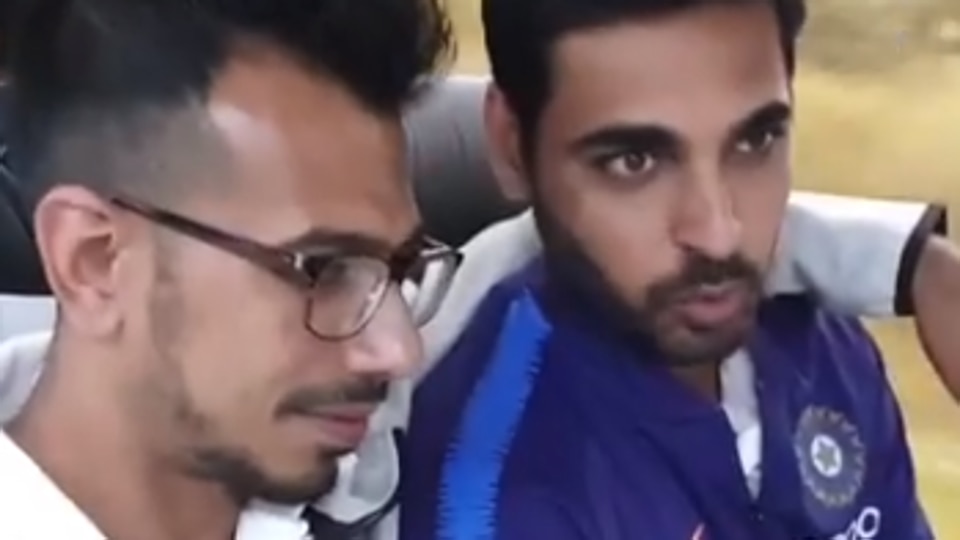 India’s leg-spinner Yuzvendra Chahal was back with his show ‘Chahal TV’ ahead of the team’s second warm-up match against Bangladesh in Cardiff. The bowler caught up with a few of his teammates while they were on their way to Cardiff from London.

Fast bowler Bhuvneshwar Kumar had a message for the Indian fans ahead of the all-important ICC World Cup 2019.

“We’ll try our best to play very well at the World Cup. I would like to ask the fans to keep supporting us throughout the tournament,” said Bhuvneshwar Kumar.

Shikhar Dhawan spoke about his excellent run in ICC tournament in his career so far.

“I feel very good about playing in England and I have played so many ICC events. I have performed well and we will take encouragement from our past performances and win the tournament,” said Dhawan.

Wicketkeeper-batsman Dinesh Karthik expressed his happiness about being featured on Chahal TV.

“I am very happy to be on Chahal TV, it’s a big thing to be on this show. It’s not easy to be featured on this show,” said Karthik.

India, who lost their first warm-up match against New Zealand by six wickets at The Oval in London on Saturday. The Men in Blue will be hoping to put up a better performance against Bangladesh on Tuesday.

05/27/2019 Sport Comments Off on ICC World Cup 2019: Bhuvneshwar Kumar has a message for Indian fans on Chahal TV
India