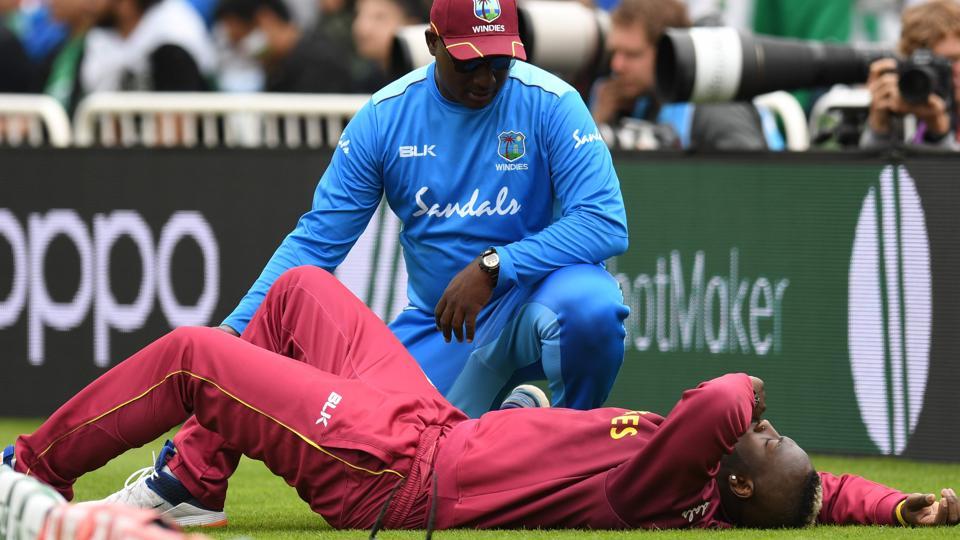 West Indies captain Jason Holder said all-rounder Andre Russell would be monitored but the latter sounded confident of recovering from a knee problem in time for his side’s second Cricket World Cup 2019 match against Australia on Thursday.

Russell limped off at Nottingham after a hostile spell of fast bowling during which he took two wickets for four runs in three overs against Pakistan.

“[Russell] limped off the field, so we’re just obviously going to monitor him over the next few days and see how he pulls up for our second encounter against Australia,” Holder said.

“I, myself, am not 100 per cent sure what’s actually going on with Andre,” Holder added.

Russell was not required to bat as West Indies cantered to victory in under 14 overs with the loss of three wickets.

“I’ve been playing for years with these knee injuries,” Russell told reporters.

“And sometimes it feels worse than some days but, at the end of the day, I’m a professional. I know what to do to get back. I think I have five days before the next game so that is more than enough time to get my knee back to normal and get it settled.

“Let’s just see what happens. I have a good physio team, massage team, here so they’re going to be working with me closely for the next couple of days.”

Russell removed opener Fakhar Zaman with a brutal bouncer that hit the batsman’s helmet and crashed into the stumps, and soon after had Haris Sohail caught behind with another vicious delivery.

The 31-year-old is renowned for his six-hitting capability and is considered a genuine match-winner for Jason Holder’s team at the World Cup in England.