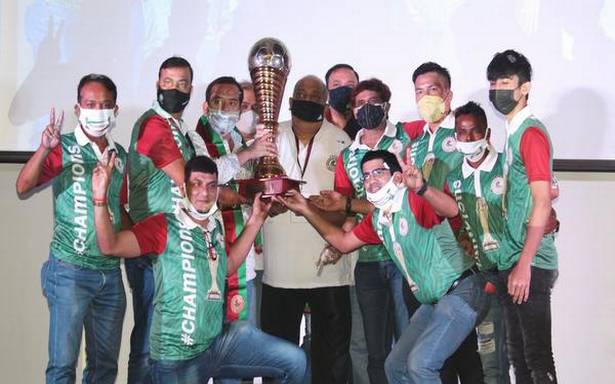 The Hero I-League trophy for the year 2019-20 was officially handed over to champion Mohun Bagan at a function organised in a city hotel here on Sunday.

With the COVID-19 pandemic halting the tournament and all other sports activities in the country, the official trophy presentation was delayed for around seven months after Mohun Bagan clinched the title with four rounds to spare.

Mohun Bagan has since then moved into ISL after merging with ISL champion ATK.

With the new entity replacing the team that won its last I-League crown, the function saw a reunion as some of the erstwhile Mohun Bagan players regrouped in the city to receive the trophy along with the officials of the club.

Dhar said that Mohun Bagan played the “best brand of football” and made it memorable by winning the title with a record four rounds to spare.

Mohun Bagan then took a trophy tour from the hotel to the official address of the club with hundreds of its fans joining the 14km journey.