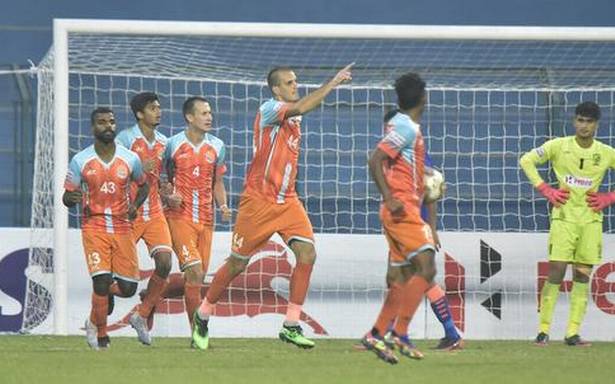 Chennai City FC returned to winning ways by downing Indian Arrows by a solitary goal in an I-League fixture at the Kalyani Stadium, Kolkata, on Friday.

An Elvedin Skrijelj header midway through the second half fetched Chennai City full points. This was the former champion’s second win — it had lost its previous two outings after starting the campaign with a win over Gokulam Kerala FC.

Chennai City earned a few good chances in the opening half but poor finishing came in the way of converting them. Vijay Nagappan had back-to-back opportunities in front of an open Arrows goal in a matter of seconds in the 28th minute but failed to make a proper connection on each occasion.

Chennai City continued to create more chances after the break and found the target in the 63rd minute when Serbian Skrijelj produced a powerful header off a Mohamed Iqbal corner to find the back of the Arrows net.

Earlier in the day, Sudeva Delhi FC earned a point when it held RoundGlass Punjab FC to a goalless draw.