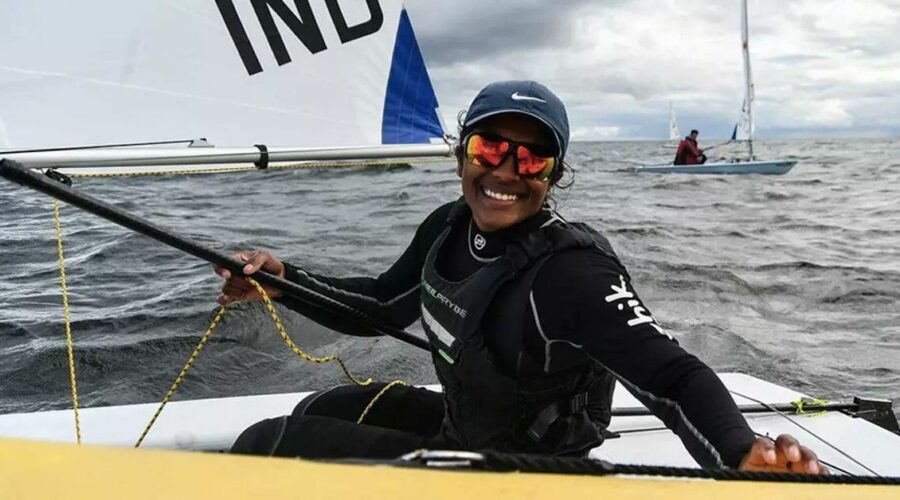 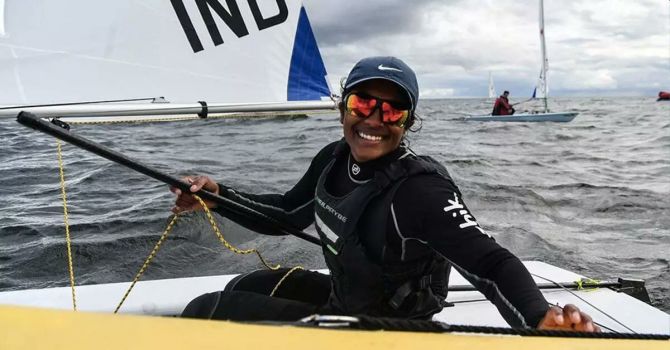 By the time she was 12, Nethra Kumanan had tried her hand at tennis, cycling, basketball and even some Bharatnatyam but it was in sailing that she found her true calling in life, a choice she justified by becoming the first Indian woman sailor to qualify for the Olympics.

The Chennai-based 23-year-old spoke to PTI from Oman, where she made the cut for Tokyo in the laser radial class at the Asian Olympic Qualifiers.

She first made a mark with a bronze medal in the World Cup last year after having competed in the Asian Games in 2014 and 2018.

“I tried my hand at tennis, basketball, cycling, art and I also trained in Bharatanatyam also which I had to give up for sailing. My mother put me in a summer camp for one year which is something I’ve done every year growing up so this is the one that stuck!” Nethra said, looking back at how it all began, in an interaction from Mussanah in Oman.

Nethra said she had been working hard for the one and a half years staying away from home and it had paid off.

“I’ve been working hard for this for the past 18 months and away from home for a long time…and it is good to know that it all paid off and the event is done and we’ve got what we came for,” she said.

Nethra has been training with Hungarian coach Tamas Eszes, a two-time Olympian, and she said they had been focussed on dealing with the stress of racing.

“We’ve been working (with each other) for more than a year…So we’ve worked on everything from learning to be a full-time athlete to learning to deal with the stress of racing.”

The soft-spoken second year engineering student at the SRM College here said she was stuck in Spain during the COVID-19 lockdown last year but used the time to good effect by training with international sailors.

“I got stuck in Spain due to the coronavirus lockdown. I was able to use the time once the lockdown was lifted by training with international athletes in Gran Canaria,” she said.

Having qualified for the Olympics, she is aware of the challenges that await her. She said Tokyo would be the first step towards being truly competitive at the 2024 Games in Paris.

“As these are my first Olympic games, I will try to do my best and it’s the first step to get ready to be able to compete with the top girls in Paris in 2024,” Nethra said.

Asked how she has managed to balance sailing with her engineering course, she said education going online during the lockdowns has been a boon for her.

“I’ve been lucky this year to have everything online… and they have been very understanding to help me when I needed time off,” she added.

Nethra said her parents, especially her father, who runs a software company, have been a great support.

“My parents are the reason where I am today… They support me emotionally, and financially. I can’t be more grateful. My father has backed me always, which is a great thing to have,” she said.

Meanwhile, her coach Eszes praised the Nethra and said she is a hard-working and determined.

“Nethra joined our team, Sailing Academy Gran Canaria in 2019, since then we organise her training programmes, and help her to find the best ways to support her performance.

“Definitely she is a hard working, determined, persistent and has great talent,” the Hungarian added.

About how the lockdown impacted her training, he said it was actually helpful.

“In March 2020, Nethra arrived at our training base for a one week, shortly after we were not allowed to leave our house till 60 days. We prepared one of the rooms as a gym, so she was able to train physically.

“Also we focused on nutrition and mental strength during this period. After 60 days we went back to the normal training schedule,” Eszes recalled.

VC Kumanan, father of Nethra, said sailing was affordable at the beginner’s level but became expensive as his daughter aimed higher.

“At the beginning, it is not costly, when you climb up the ladder, it does become expensive. There are costs involved including travel, stay, etc,” Kumanan said.

The 23-year-old Kumanan won her first senior national championships gold in 2015. She won a bronze in a World Cup Series event in US in January last year. She also took part in the 2014 and 2018 Asian Games.

“Being able to go to the Olympics is by itself a big thing and it was her dream to qualify. Her hard work over the years has paid off,” VC Kumanan told PTI from Mussanah in Oman.

“Qualifying is wonderful. But the Olympics is another level. It is not going to be easy and that is top-level sport. She has to train hard to achieve good results in Tokyo,” he added.