Peng carved out a professional tennis career that meant taking on officials who tried to dictate whom she could train with, what tournaments she could play in and how much money she could keep for herself. 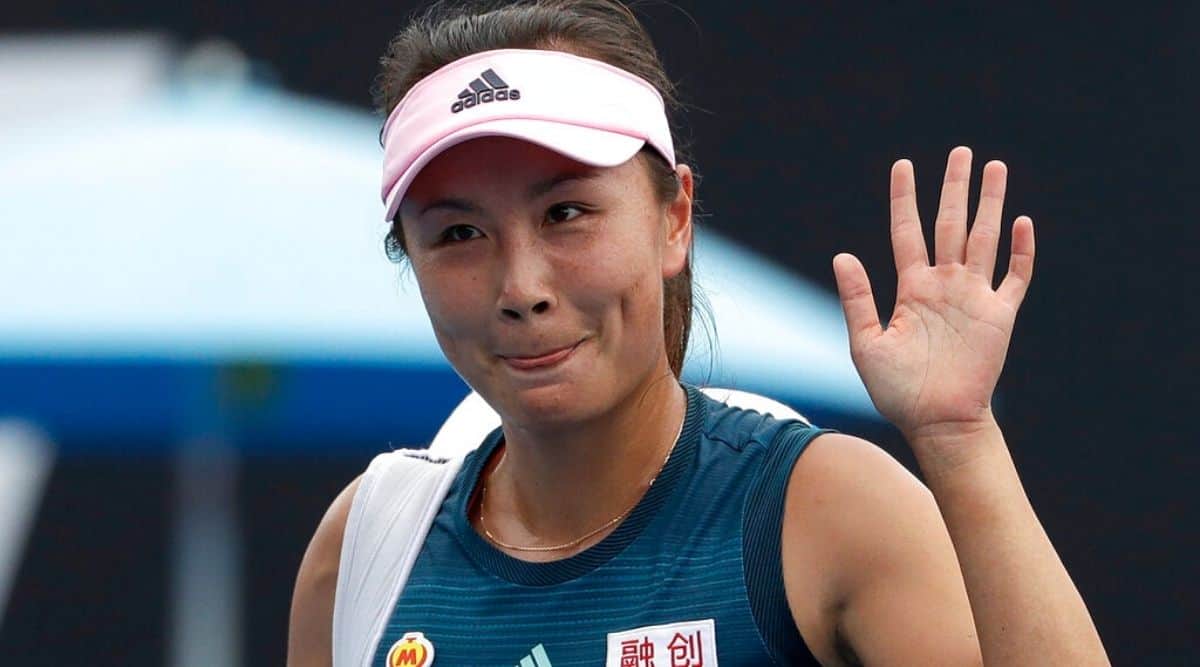 When Peng Shuai was a young tennis player in China’s national sports system, she battled officials for control over her own professional career — and she won.

When she took on one of China’s most powerful men three weeks ago, accusing him of sexual assault, she found her voice silenced, erased from China’s heavily controlled cyberspace and smiling in awkward public appearances most likely intended to defuse what has become an international scandal.

At 35, Peng is one of her country’s most recognized athletes, a doubles champion at Wimbledon and the French Open whom state media once hailed as “our Chinese princess.” If anyone were able to break through the country’s icy resistance to #MeToo allegations, it would seem to be someone like her.

Instead, she has become another example of China’s iron grip over politics, society and sports, and an object lesson in the struggle facing women who dare to challenge Beijing — even those who have had a history of winning praise from the state.

Her allegation was the first to penetrate the highest pinnacles of power in China, the Politburo Standing Committee. It was an act of courage and perhaps desperation that has resulted in an aggressive response, smothering her inside China.

“Peng has always been a strong-minded person,” said Terry Rhoads, managing director of Zou Sports, the talent management agency in Shanghai that represented her for a decade until 2014. “I witnessed up close her struggles and battles with people bossing her or having authority over her tennis.” 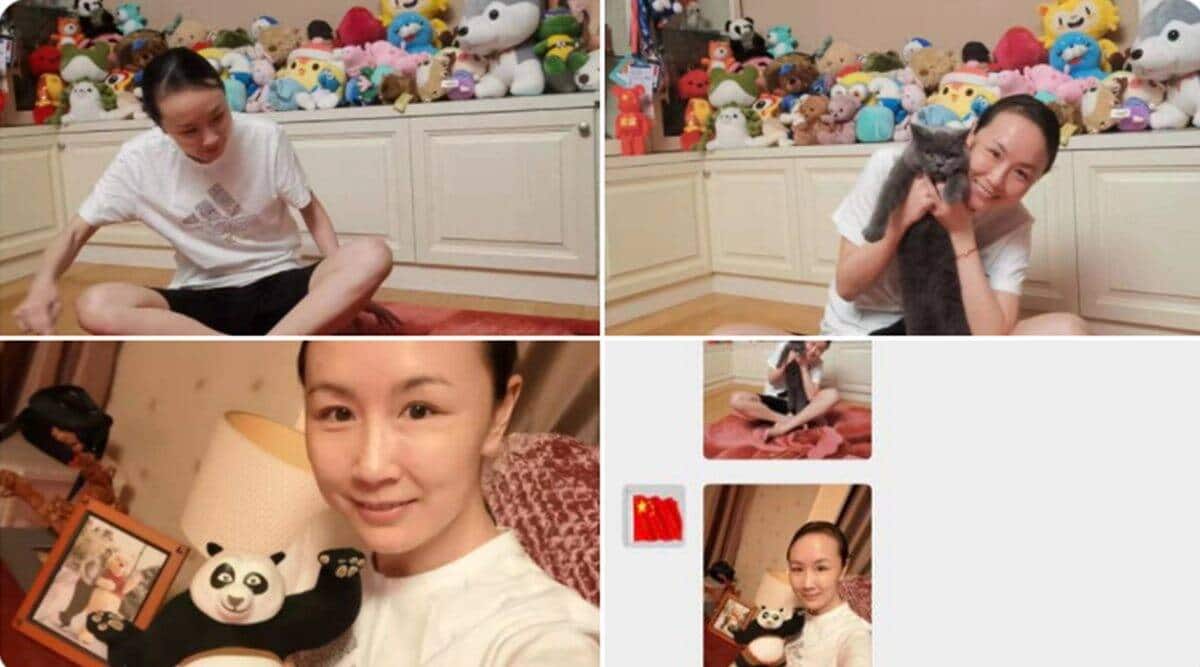 Over the weekend, the state’s propaganda apparatus produced a series of photographs and videos purporting to show Peng carrying on as if nothing had happened.

The only thing missing from the recent flurry of coverage was her own voice, one once strong enough to force the authorities to bend to her steely determination to control her own destiny.

The images were in striking contrast to her own description three weeks ago of being like “a moth darting into the flames” in order to “tell the truth” about her relationship with — and mistreatment by — Zhang Gaoli, a former vice premier, who she said assaulted her around three years ago.

“The authorities have never liked feminists or #MeToo,” said Lijia Zhang, author of “Lotus,” a novel depicting prostitution in China. Those who “dared to speak out,” she said, “have been silenced.”

A #WhereisPengShuai campaign has taken root less than three months before Beijing is to host the Winter Olympics, an event that the country’s leadership has indicated would validate Communist Party rule. The handling of Peng’s accusation has only inflamed criticism, giving ammunition to those who have called for a boycott.

Peng spoke Sunday with officials at the International Olympic Committee, which passed on a message from her saying “that she is safe and well” but that she “would like to have her privacy respected at this time.”

That did not satisfy Steve Simon, chief executive of the WTA Tour, which has been pressing for answers about Peng’s ability to move and speak freely.

“It was good to see Peng Shuai in recent videos, but they don’t alleviate or address the WTA’s concern about her well-being and ability to communicate without censorship or coercion,” the group said in a statement.

Women in China have long struggled to have agency in the country, a situation many activists say has worsened since Xi Jinping came to power nearly a decade ago.

Peng carved out a professional tennis career that meant taking on officials who tried to dictate whom she could train with, what tournaments she could play in and how much money she could keep for herself.

When it comes to an accusation of sexual misconduct, however, the state has proved to be more resistant to change. The moment Peng posted her #MeToo allegations, Teng said, “she was barely protected by the law, and it was all politics that determined her fate.”

Born in the city of Xiangtan, where her father was a police officer, Peng was introduced to tennis by an uncle when she was 8. At 12, she required surgery to correct a congenital heart defect that left people doubting she could continue to play.

“They thought I would leave tennis,” she said in an Adidas ad campaign in 2008, “but surprisingly, I didn’t give up. Maybe because I love tennis so much I decided to have this operation.”

After the surgery, she was sent to Tianjin, where she was drafted into China’s Soviet-style sports machine, designed to churn out international competitors, especially in the Olympics. She ultimately competed in the Olympics three times, beginning with Beijing in 2008.

By the mid-2000s, Peng decided she was no longer willing to give more than half of her earnings away to the state. She and three other Chinese players decided to break out of the state’s control, effectively by threatening to stop playing.

When she made the decision in 2005 to “fly solo,” as it was called in Chinese, a sports official criticized her for being too selfish, abandoning her “mother country.”

“She thought she was Sharapova?” the official said, referring to the Russian player who was for a time the No. 1 player in women’s tennis.

Even as she took on decades of sports tradition, Peng knew how to play to China’s desire to showcase its top athletes. The head coach of the Tianjin Tennis Team, where she had trained, took credit for having “created the foundation and conditions for Peng Shuai to fly solo.”

Peng later won the doubles championship at Wimbledon in 2013 and again at the French Open in 2014. That year, playing singles, she reached the semifinals of the U.S. Open, peaking as the No. 14 player in the world. With her successes mounting, officials lauded her and other tennis champions, like Li Na, the “golden flowers” of Chinese sports.

“She was very engaging, always smiling and giggling, but also a great competitor,” said Patrick McEnroe, the former player and commentator.

She could also be calculating. In 2018, she was suspended from the Women’s Tennis Association for offering a financial incentive to Alison Van Uytvanck to withdraw as her doubles partner after the deadline for signing up for Wimbledon in 2017. Van Uytvanck criticized her publicly then, but she has joined other tennis stars in calling for an investigation into the recent allegations.

A number of women in media, at universities and in the private sector in China have come forward with accusations of sexual assault and harassment — only to face legal action themselves and harassment online. 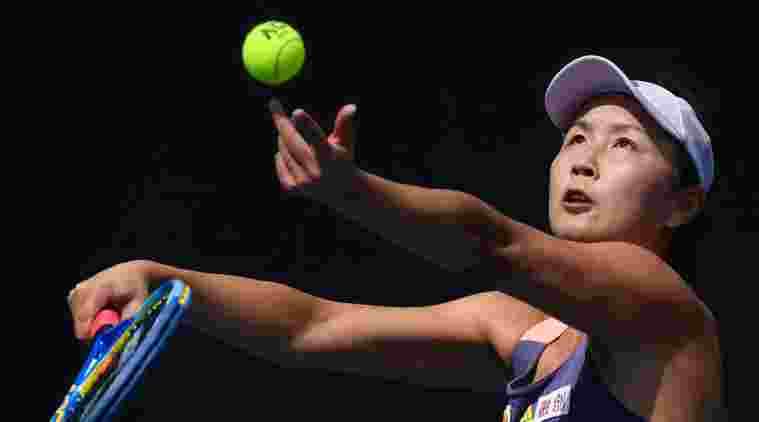 According to the message Peng posted Nov. 2 on her verified account on Weibo, the ubiquitous social media platform in China, she first met Zhang when she was a rising star and he was a party secretary in Tianjin, the provincial-level port city near Beijing. That would have been some time before 2012. She moved to Tianjin to start professional training in 1999 when she was 13.

Peng’s post described a conflicted relationship that alternated between playing chess and tennis with Zhang, or feeling ignored by him and ridiculed by his wife. She did not explicitly acknowledge the disparity in age and power between the two.

“Romantic attraction is such a complicated thing,” she wrote.

Zhang was elevated to the Politburo Standing Committee in 2012, becoming a vice premier under Xi. He stepped down after one five-year term on the committee. Peng said it was around that time that Zhang coerced her into having sex.

“I was crying the entire time,” she wrote.

Her post was censored within 34 minutes, but three weeks later, it continues to reverberate. Those who knew her from her professional tennis career continue to wonder if she is safe. Some human rights activists contend that she is being forced to take part in staged situations intended to deflect questions about what happened.

In the flurry of coverage over the weekend, most of which did not appear in Chinese state media, Peng was shown posing with stuffed animals, dining in a Beijing restaurant, appearing at a youth tournament and dialing in to a video call with the head of the International Olympic Committee. 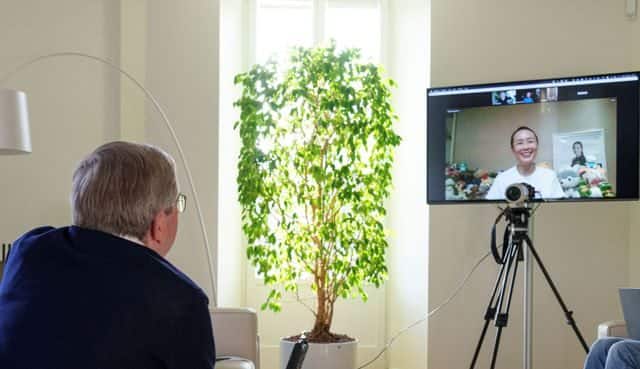 “Can any girl fake such a sunny smile under pressure?” Hu Xijin, the editor of The Global Times, a state media tabloid, wrote on Twitter, which is banned in China.

Peng no longer appears in control of her own messaging.

“I wouldn’t be surprised if we see more interviews with Peng Shuai,” Maria Repnikova, an assistant professor of political communication at Georgia State University and author of a new book, “Chinese Soft Power, “but I doubt that she will raise any sensitive matters.”