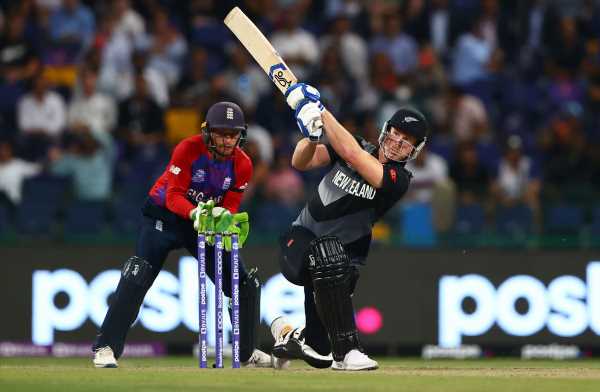 ‘We were right in the game probably until Jimmy Neesham came to the wicket, if not ahead of the game.’ 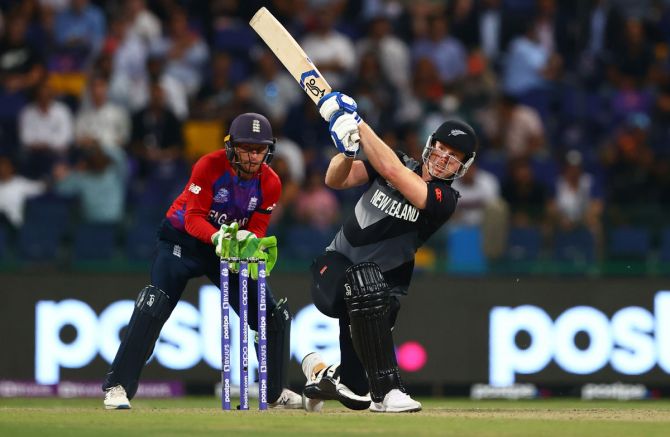 England captain Eoin Morgan was devastated by their loss in the semi-final of the Twenty20 World Cup and said Jimmy Neesham’s blistering cameo tilted the see-saw contest in New Zealand’s favour.

They reduced New Zealand to 13/2 in the third over and appeared to maintain a slight upper hand until the 17th over of the New Zealand innings before Neesham exploded.

The all-rounder hit Chris Jordan for two sixes and a boundary in a 23-run over to turn the match on its head and Daryl Mitchell, adjudged man of the match for his unbeaten 72 off 47 balls, then guided New Zealand home.

“We’re devastated. To be on the wrong side of a close game is not easy to take,” Morgan said after the narrow loss.

“We were right in the game probably until Jimmy Neesham came to the wicket, if not ahead of the game.”

On a pitch where England’s star-studded batting lineup struggled to clear the ropes, Neesham belted three sixes in his audacious late-order assault.

“I think it was a very closely fought game right throughout. I thought Jimmy Neesham was probably the only guy that came out and was showing the ability to strike the ball cleanly from ball one,” Morgan said.

“Hitting ability within our squad is quite strong, and the indication that the guys didn’t feel like they could clear the ropes due to the nature of the pitch was a good indication that it wasn’t coming on to the bat that well.

“I think that continued throughout the Black Caps’ innings until he came to the crease.”

Having lost opener Jason Roy to a torn calf, England promoted Jonny Bairstow to partner Jos Buttler at the top of the innings but the ploy did not pay off.

England were also without paceman Tymal Mills whose campaign was cut short by a thigh strain.

Asked if missing two key players cost England in the match, Morgan said: “I don’t think you can put a measure on missing a player.

“I think the 11 guys that took the field today gave absolutely everything. I’m extremely proud of the performance that they put in.

“When you play really well, it doesn’t always guarantee that you win games. Unfortunately we found ourselves on the wrong side of a really tight game today.”