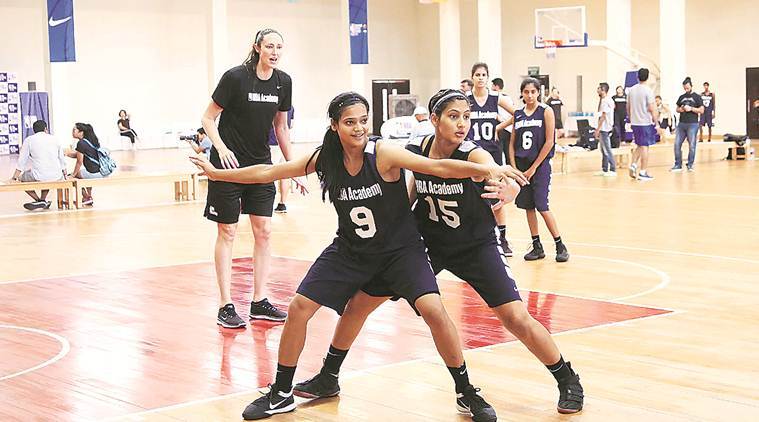 On Thursday, Vaishnavi, India’s super-skilled forward with a big-scoring game and massive appetite for adventure, was picked by the Pensacola State College in Florida. 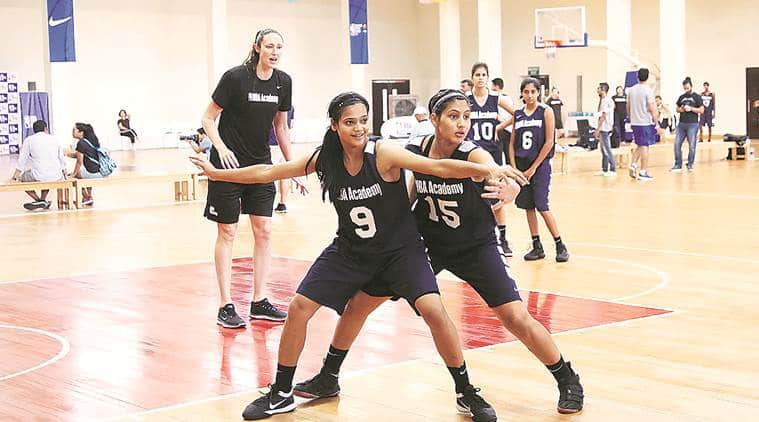 Vaishnavi Yadav knew it wasn’t going to be enough to be a dashing 5’7” even if her ball career was going swell. The 17-year-old hoopster knew her monstrous individual scores of 71 and 53 in one season (to go with her mini nationals record of a voracious 63 points) might also not clinch her the opening she wanted – a chance to play in the USA’s NCAA. What she needed was decent SAT scores to get into a good University.

“I looked at the fat book for SAT preparations, and thought, if I have to study so much to be able to play basketball in the US, I might as well appear for IAS (Civil Services)!” she laughs raucously.

On Thursday, Vaishnavi, India’s super-skilled forward with a big-scoring game and massive appetite for adventure, was picked by the Pensacola State College in Florida. She follows Sanjana Ramesh and Kavita Akula, who have made inroads into collegiate basketball – an important stepping stone to aim for the Women’s National Basketball Association (WNBA), the world’s biggest league.

But all of it had seemed like a fanciful flight when the SAT tome sat in front of her, and she kept dozing off just thinking of the enormity of the challenge. “For athletes who are on the court all the time, suddenly getting back into study mode was a nightmare. Firstly, Allahabad did not have a SAT coaching centre,” she recalls.

Help came from three sources— Sanjana would guide her on WhatsApp, while a brother studying at IIT Chennai chipped in with the Math section. “And there was Google! But it’s not the same as face-to-face teaching! Even as the exam date approached, I was very chilled and would sleep comfortably.”

She remembers being temporarily shaken at the Algebra section. “Phir tick maarti gayi” she chuckles. She confidently told her disbelieving brother she’d cross 1,000 because it sounded swell. “When I ended with a score of 700, I was over the moon, because I’d got that without any coaching,” says the player known on the circuit for her smashing self-belief to pull back teams from improbable leads.

Considered India’s brightest talent with her hugely creative game that hoopsters from Varanasi and Allahabad specialise in, Vaishnavi is known for her stepback-jump shots, though she gets gluttonous on 3-pointers and racks up massive scores too. She started at the Amitabh Bachchan Stadium in Allahabad, idolised Sania Mirza and almost picked up tennis but finally after she wound up in basketball, moulded her game on the lines of state-mate Vishesh Bhriguvanshi’s.

However the last year – after that 71-point game – has been a mix of dealing with injury and a post-surgery rehab. The injury wrecked havoc with her confidence that usually translates into her breezy attitude – she loves telling tales and laughing louder than anyone, making for a sunny, chortling disposition. She was due to appear for the NBA Academies Women’s programme trials, but felt under-baked and guilty. Returning from injury, she had to take off to Delhi to consult a doctor who gave her the go-ahead of fitness, and miss out on the initial shortlisting.

“What happened was my coaches told me even if I gave trials only on the last day, I would still be ahead of other girls because of my game. But I thought that was partiality and I was stealing someone else’s chance. I was thinking I’m not as good as I used to be, so I made the coach make me a stand-by till the doctor gave the go-ahead,” she recalls. She had missed the Commonwealth Games, the U-18 internationals and a 3×3 India chance, and believed her career was crashing before taking off.

“I spoke to my grandmother,” recalls the hoopster of the lady who has pushed her the most to chase her dreams after her two sons gave up on cricket careers. “She comes from a village near Allahabad, but no one’s encouraged me more. She told me to think of how a lion hunts its prey. It takes two steps back, so that it can get a longer jump! She told me my setbacks were necessary to get my career leap.”

While at the NBA academy in Delhi, her biggest joy was being free to play without the necessary national-campers’ drudgery of washing clothes. “The Delhi camp felt like I was a Princess because I didn’t have to wash clothes (there were machines). You don’t know how much washing clothes is dreaded by athletes!” she laughs.

Part of the NBA programme was one-hour career guidance talks in the conference room. “They were telling us things useful to us, but we were idiots to yawn through it,” she recalls. It’s when they mentioned SAT exams that she knew things were getting serious. “Anyway now that I’ve cleared it, I can’t believe how cool I am – at studies and in my game,” she affably gloats. In fact, Vaishnavi had to convince her mother that playing abroad was good for her. “I’m her favourite obviously, because I’m the only daughter,” she says. “So she would say ‘why do you need to go abroad? Just play for India’. She’d cry when I left. So I told her, ‘Kya meri shaadi nahi karaogi kya? Assume I’m married and gone, and make one of your two sons your daughter!”

She anticipates some food-trouble while in Florida. “Main thodi vegetarian hoon naa,” she says, of her occasional dabbling at eggs and chicken. Her mother once also blurted out that she feared Vaishnavi would find an American for herself. “Someone like Justin Bieber,” she cackles, before adding, “look my game is too important! I want to play the WNBA.

Vaishnavi will complete her graduation in Humanities, but is excited about meeting people from different cultures in the melting pot that’s NCAA. “I remember flying to Indonesia for a tournament – my first flight. I kept muttering that we shouldn’t fly till the rains and lightning stopped. Then we flew over the clouds and there was no turbulence,” she recalls. Indonesia also saw her eat fish “with its eye intact in it,” she exclaims, her adventurous venturing into “non-veg which my family doesn’t eat.” That meant watermelon for lunch, breakfast and dinner.

“But I’ll eat watermelons for the rest of my life, give SATs a hundred times and do anything to learn basketball in America. I don’t want to become just India’s best, I want to shine in the US,” she adds.

05/23/2019 Sport Comments Off on Hoopster’s dream: Vaishnavi Yadav makes it to NCAA, aims to play in WNBA
India