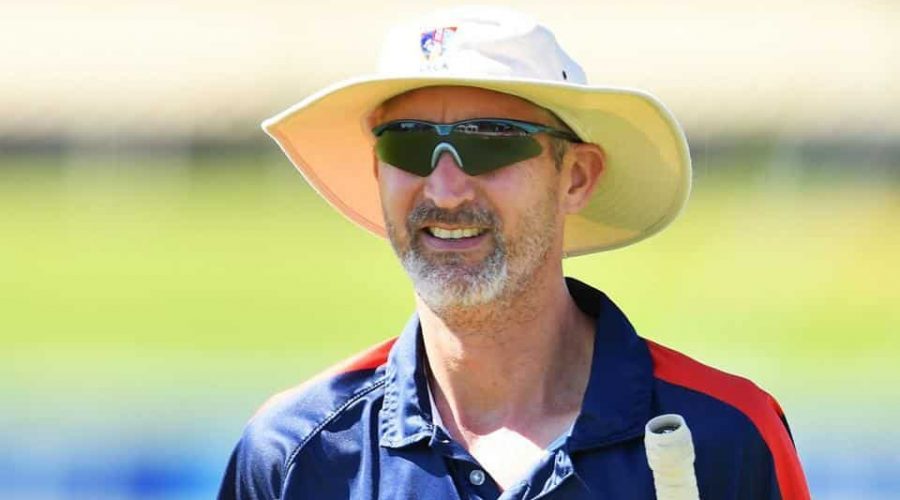 India have reached Australia for the upcoming series which begins with the first T20I taking place on November 27th. One of the biggest factors that make the current Indian team a tough opposition to deal with is the fast-bowling attack that skipper Virat Kohli has nourished under him comprising Jasprit Bumrah, Mohammed Shami, Ishant Sharma, Bhuvneshwar Kumar, Navdeep Saini, Umesh Yadav, Shardul Thakur, Deepak Chahar, among many others.

In a recent interaction, former Australia fast bowler Jason Gillespie was asked to compare the current India fast bowling attack to the one which India had during his playing days. Gillespie, in his reply, praised India seamers, especially predicting big things in the future for Bumrah.

“They all bring their different ways of doing it (bowling fast). I think the Indian pace attack now is as good as they’ve had in a long time. That’s no disrespect to the guys who came before them,” Gillespie told Sportstar.

“But they are a fine bunch now. (Jasprit) Bumrah is going to be a superstar once his career finishes. He will go down as one of India’s greatest in all three forms of the game. There’s no doubt about that,” he added.

Also Read | ‘It’s no dramas for me’: Steve Smith ready for the challenge provided by Indian pacers

“(Mohammed) Shami has been excellent. Ishant Sharma has shown what an adaptable player he is. He has had a few ups and downs but has shown real resilience. He is always trying to better himself,” he further said.

“India should be proud of how he has stuck to his task and found ways to reinvent himself. And then you’ve got other guys like Bhuvneshwar Kumar. Bhuvi is injured at the moment. Hopefully, he will be fit soon. Umesh Yadav has added a yard of pace, hasn’t he,” he added.

Also Read | ‘Paid bigger price than anyone else in history of the game’: Jason Gillespie says he ‘wouldn’t be upset’ if Steve Smith captains Australia again

Comparing the two generations of players, Gillespie said: “What a wonderful bowler (Javagal) Srinath was. Probably knocked me over on a few occasions (smiles)… Zaheer Khan, too, brought something different to the Indian seam attack.

“[It’s] difficult to compare eras absolutely, but the biggest difference between the pace attacks (then and now) has been the depth. I am not sure if in the past they’ve (India) had quite as much depth as they have now,” he signed off.

11/15/2020 Sport Comments Off on ‘He will go down as one of India’s greatest across formats’: Jason Gillespie predicts big things for India fast bowler
TV & Movies