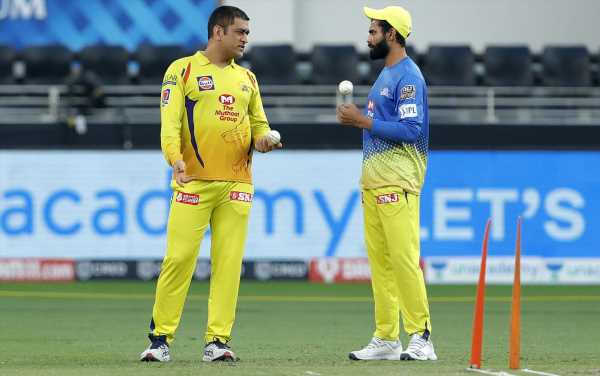 Chennai Super Kings have had an Indian Premier League season to forget. While the team’s on-field performance has remained way below par, off-field issues too have hogged the limelight.

Ravindra Jadeja recently picked up a rib injury while trying to attempt a catch against Royal Challengers Bangalore, which subsequently ruled him out of the Chennai Super Kings game against the Delhi Capitals.

Then came the news on Wednesday that Jadeja was ruled out of what is left of IPL 2022 .

While there is nothing unusual in a player being ruled out of the season, a media report claimed that Jadeja wasn’t pleased with the process of captaincy change.

Jadeja was appointed CSK skipper ahead of IPL 2022, but he decided to hand the captaincy back to Mahendra Singh Dhoni after the yellow brigade lost 6 out of 8 matches under his leadership.

According to the report what Jadeja was upset about was the ‘lack of transparency’ in handling the captaincy issue. Moreover, Dhoni’s statement on captaincy adversely affecting Jadeja didn’t go down well with the all-rounder.

CSK CEO Kasi Viswanathan asserts that Jadeja is in the scheme of things, confirming that he will stay with the Yellow Army going ahead.

‘Social media, I absolutely do not follow anything. I have no knowledge of what is going on there. What I can tell you is that from the management side, there has been no problem and whatever is there on social media, I’m not aware. Jadeja firmly remains in the CSK’s scheme of things for the future, always,’ Viswanathan was quoted as saying by The Indian Express.

Even though Jadeja hasn’t been at his best this season — he scored only 116 runs and picked up 5 wickets in 10 matches — Dhoni says it is hard to replace Jadeja as he allows the team management to play different combinations based on situations.

‘If you see somebody like Jaddu, the kind of potential he has… He’s definitely someone who helps us try different combinations. Not to forget his fielding. I don’t think there is anybody who can replace him,’ Dhoni said at the toss before CSK’s game against the Mumbai Indians at the Wankhede stadium in Mumbai on Thursday, May 12, 2022.

Murmurs of a rift gained credence after CSK’s Instagram handle unfollowed Jadeja, suggesting not all is hunky-dory.

Some claim that Jadeja is a victim of CSK’s internal politics, just like Suresh Raina.

Raina — CSK’s leading run-scorer — unexpectedly pulled out of IPL 2020 after travelling to Dubai with the CSK contingent. Raina later stated he wanted to be with his family.

CSK did not pick Raina at the IPL 2022 mega auction, citing ‘auction economics’.

CSK were knocked out of contention for the IPL 2022 playoffs after they lost to Mumbai Indians by 5 wickets.