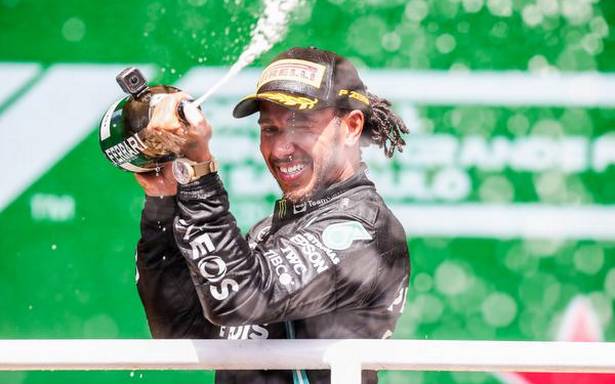 Fresh from arguably his greatest triumph, Lewis Hamilton will be on the crest of a wave this weekend as he seeks another momentous victory over Max Verstappen at the inaugural Qatar Grand Prix.

Just days after the most spectacular win of his career at the Sao Paulo Grand Prix, the 36-year-old, a keen surfer, will be powered by Mercedes’ fighting spirit and a sense of shifting momentum at the Losail International Circuit.

Protests, controversies and stewards’ reviews aside, Hamilton knows that if he has the same clear speed advantage, courtesy of his new Mercedes power-unit, he can further trim Verstappen’s championship lead.

The Dutchman held a 14-point advantage after Brazil, but that may be reduced if a review of his aggressive move to defend his lead at Interlagos results in a penalty that affects the race result.

A five-second sanction would relegate him to third and cost him three points, adding more ire to Red Bull’s mounting anger, and apparent disbelief at Hamilton’s speed.

“If Hamilton is also so superior this weekend in Qatar, and then in Saudi Arabia and Abu Dhabi, we can write off the title,” Red Bull’s influential advisor Helmut Marko told F1-Insider.