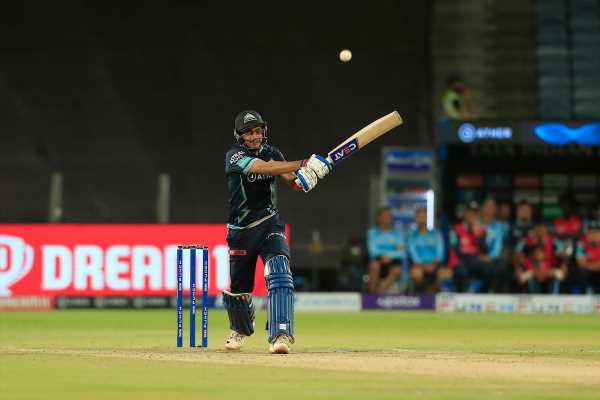 The stakes could not have been any higher. As the Gujarat Titans took on the Lucknow Super Giants in Pune, it was a top of the table clash between the first and second placed teams in IPL 2022 with a place in the post-season playoffs on offer — not to mention that both were debutant franchises who have already exceeded all expectations with their dream run of results this season.

In the end, the pressure of the occasion seemed to have overwhelmed Lucknow as they surrendered meekly in their chase of what was a rather achievable target of 145.

As the Lucknow wickets tumbled like dominoes and the entire team capitulated for 82, there was added appreciation for Shubman Gill who finished with an unbeaten 63 runs off 43 balls in the first half of the contest.

Strangely, Gill’s innings resembled something off a One Day International scorecard rather than a T20 considering its steady pacing, patience and sheer resolve. Case in point, even though he scored 7 fours, there were zero sixes in his knock.

Following the early loss of wickets — Wriddhiman Saha (5) and Matthew Wade (10) — for Gujarat, it was incumbent on Gill to steer the innings and stay at the crease as long as possible, a task that he fulfilled successfully in a mature manner. 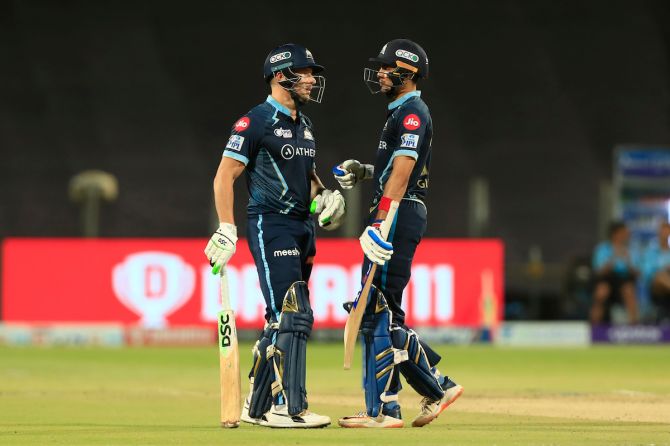 With wickets tumbling at the other end, Gill went about his business cautiously and in Hardik Pandya’s company shared 27 runs for the third wicket before the skipper was dismissed, edging one to Quinton de Kock behind the stumps to give Avesh Khan his second wicket of the day.

Once Hardik departed, Gill upped the ante, first chopping Avesh to the square boundary and then reverse sweeping Krunal Pandya to the third man fence in the next over.

David Miller provided worthy support in the middle overs as the pair conjured up a 52 run partnership. After Miller was dismissed for 26 off 24 balls in the 16th over, the arrival of hard-hitting Rahul Tewatia signalled the un-shackling of Gill as both batters went on a hitting spree in the death overs. On completing his 50 in the 17th over delivered by Dushmantha Chameera, Gill hit back-to-back fours to advance the scoring right before Tewatia took over and closed out the innings with a flurry of boundaries off the final deliveries.

Gill’s knock quite rightly earned him the Player of the Match award and his post game comments revealed that this type of inning was very much on his bucket-list.

‘When you’re there till the end, you finish the match for your team,’ Gill said. ‘It was one of the goals I had before the start of the season that I want to finish at least three or four matches for the team.’