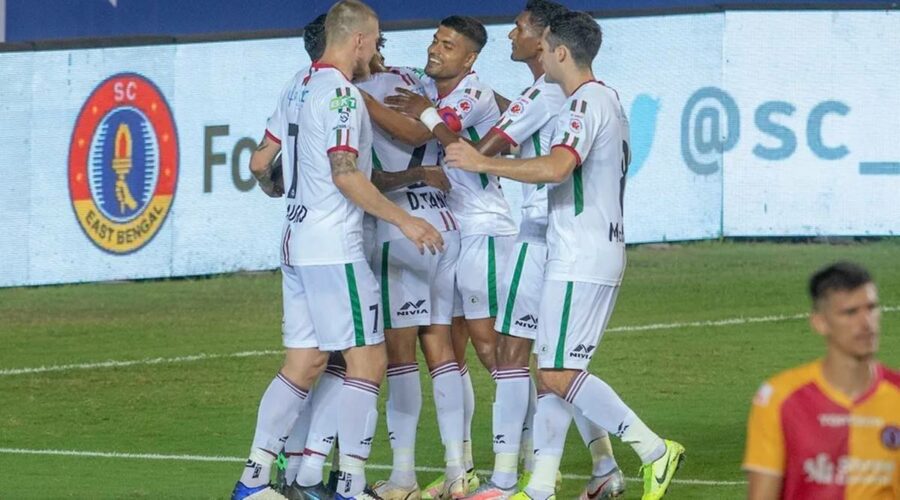 Mohun Bagan had their first shot on target from none other than their talismanic Krishna who had a go with a powerful rightfooter in the ninth minute. 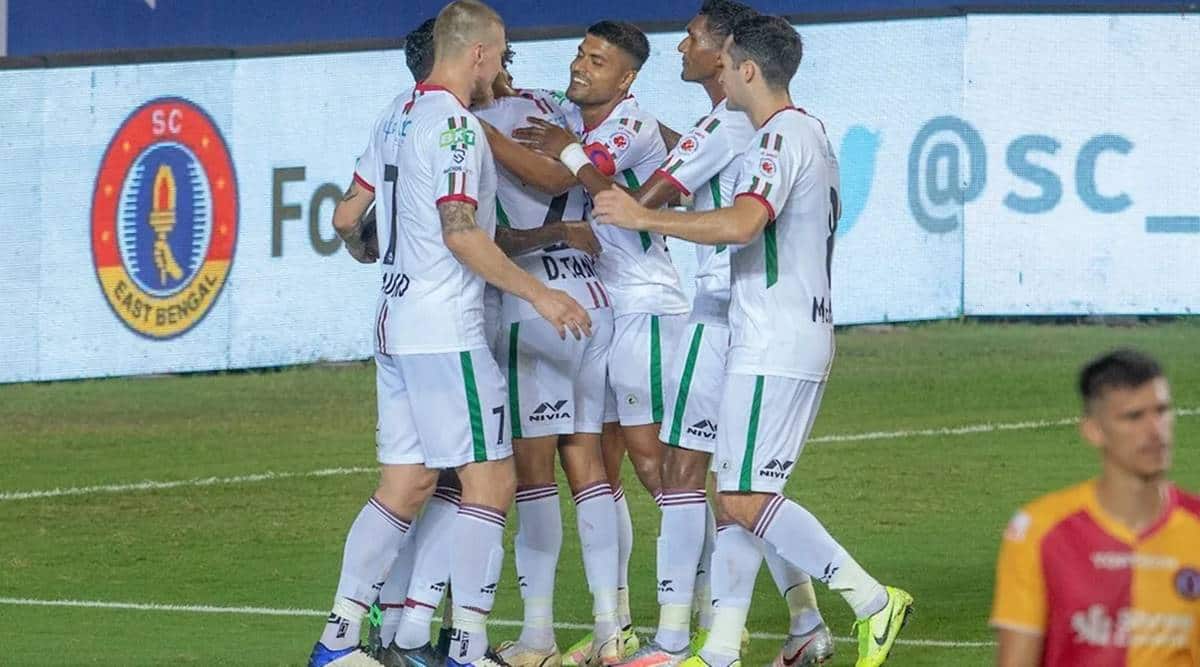 In a scintillating display, Mohun Bagan scored through Roy Krishna (12th minute), Manvir Singh (14th) and Liston Colaco (23rd) as they did not allow SCEB the breathing space to make it three out of three in their ISL exchanges.

It was Manvir who began the move with a lovely play from the right flank, releasing an excellent pass to Kotal on the overlap.

One look is all it took for the skipper to pick out a rather unmarked Krishna to finish with aplomb.

Singh was quick to double the strike with a thunderbolt strike within two minutes.

Showing superb play in the midfield, the Mariners began the move with a clinical pass from Joni Kauko.

Singh collected the ball from inside the box and hit near the post, the ball whistling past Arindam Bhattacharja.

Colaco capitalised on a goalkeeping bloomer from Bhattacharja to make it 3-0.

Bhattacharja came off his line to collect the ball at the edge of the box on the left side but only to escape the ball.

Colaco was quick to get hold of it and had a free run to move ahead before tapping the ball home.

Showing relentless attack, the Mariners nearly made it 4-0 when Kotal swung in a lovely cross inside the box and Kauko did well to beat his marker only to put it away.

In the 38th minute, the class of Hugo Boumous was in full display when he sent a perfect cross but Kauko once again missed it by a matter of one yard.

Having lost out in both the legs of the ISL derby last season, the red-and-gold however began with a lot of positive intent in a 4-3-3 formation.

The Manolo Diaz’s side had the early possession and pressed hard in the intial minutes as ATK Mohun Bagan played a catch-up game, while SCEB won the first corner of the match.

Both the backlines had a busy time in the middle early on as ATKMB and SCEB forwards kept pressing hard.

East Bengal’s Lalrinliana Hnamte made a nasty challenge on Lenny Rodrigues early in the seventh minute but only to be escaped with a yellow.

Antonio Lopez Habas’s side with a 4-3-3 formation on the other hand opted for a wait-and-watch strategy and posed occasional questions to the SCEB defence.

Slowly getting into the groove, ATK Mohun Bagan had their first shot on target from none other than their talismanic Krishna who had a go with a powerful rightfooter in the ninth minute.

But Krishna’s former teammate Bhattacharja was right on the job, chesting the ball, while Tomislav Mrcela cleared it from the danger zone.

Three minutes later, Krishna set the ball rolling and there was no looking back, burying the game in just half an hour.