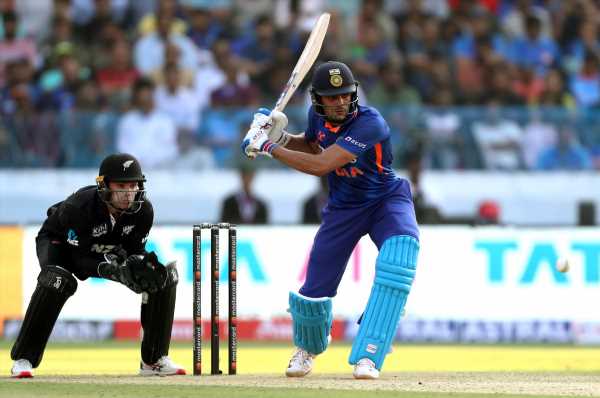 India claimed a thrilling 12-run victory over New Zealand after Shubman Gill scored a double century and Mohammed Siraj picked up four wickets as they kicked off their one-day international series in Hyderabad on Wednesday.

The 23-year-old opener scored 208 off 149 balls, smashing an incredible 19 fours and nine sixes as he helped India set New Zealand a target of 350.

Apart from Gill, the rest of India’s batting order struggled to add runs, with captain Rohit Sharma making the second-highest contribution with 34. Big-hitting Virat Kohli could only manage eight runs.

New Zealand opener Finn Allen made 40 but the rest of the batsmen did very little until Michael Bracewell produced a batting masterclass after coming in at number seven.

He made 140 runs, hitting 12 fours and 10 sixes, as he kept the visitors in the contest and took the game until the final over, where he was the last player to be sent packing as they were bowled out with four balls to spare. 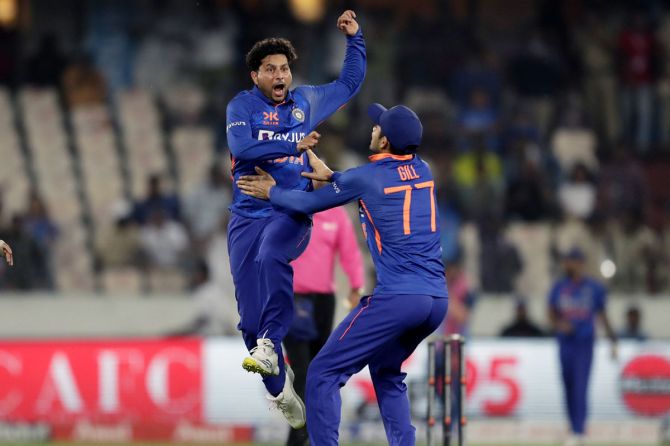 India seamer Siraj was the pick of the bowlers with 4-46, including two late wickets at a crucial stage, while Kuldeep Yadav and Shardul Thakur also bagged two wickets each.

The second ODI will be in Raipur on Saturday followed by the third game in Indore on Tuesday. The teams are due to play three Twenty20 internationals after the ODI series.