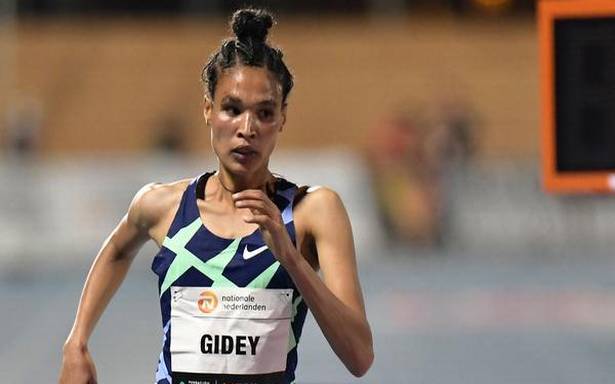 Gidey clocked 29 minutes, 1.03 seconds at the Ethiopian Olympic trials, which is being held in the Netherlands. Tsigie Gebreselama was second in 30:06.01. Gidey took 5.79 seconds off Hassan’s record set at the Fanny Blankers-Koen Games.

All four men’s and women’s 5,000 and 10,000 world records have been broken over the last 10 months, thanks in part to pacing lights on the track. On Tuesday, the blue lights on the inside of the track were moving at a world record pace.