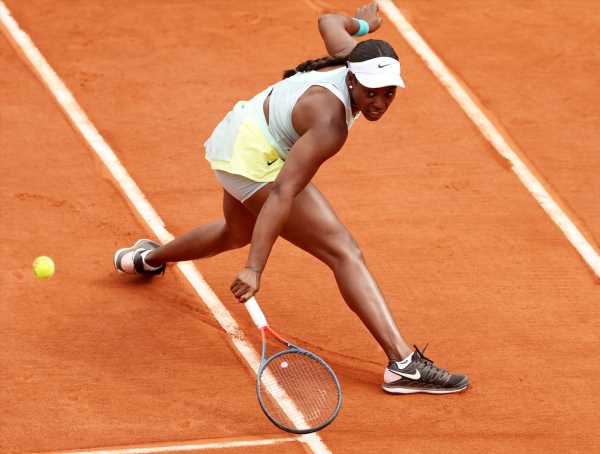 The first Grand Slam tournament without any COVID-19 restrictions since the pandemic started in early 2020 kicked off under menacing skies at Roland Garros on Sunday.

The French Open was the first major to be hit by the pandemic when it was postponed two years ago but all safety measures were lifted for this tournament, giving the fortnight a welcome sense of normality again.

Thousands of mask-free spectators flocked into the stadium before play started at 1100 local time (0900GMT) as Roland Garros opened its gates for the start of the main tournament.

Tunisia’s Ons Jabeur, one of the favourites to win the women’s singles, opened proceedings on the main Philippe Chatrier court against Pole Magda Linette who levelled the match at one-set all by winning the second set tiebreak.

The highlight of the day will be teenage sensation Carlos Alcaraz starting his campaign against Argentine Juan Ignacio Londero in the last match on Chatrier.

The French Open is the only of the four majors to start on a Sunday.

World number one and defending champion Novak Djokovic is due to make his return to Grand Slam action on Monday after he was not allowed to take part in the Australian Open because of his refusal to be vaccinated against COVID-19.

The Serbian is bidding to match 13-times French Open champion Rafael Nadal’s men’s record of 21 Grand Slam titles and the two are on a quarter-final collision course.

Iga Swiatek, the hot favourite in the women’s draw, is scheduled to play her first match on Monday or Tuesday.

Twice runner-up Thiem crashes out at first hurdle in Paris 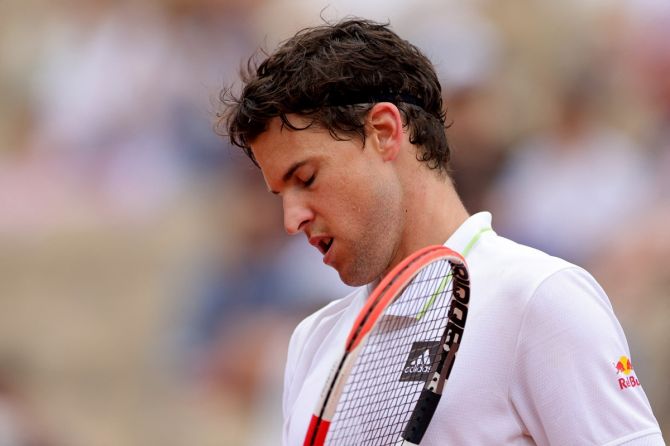 Twice French Open finalist Dominic Thiem crashed out of the tournament in the first round on Sunday, losing in straight sets to Bolivian world number 87 Hugo Dellien.

Austrian Thiem, who has failed to win a match at any of the tournaments he has played since his wrist injury comeback in March, made 42 unforced errors as his once dominant claycourt game deserted him.

Dellien, comfortable on the surface after battling through the qualifiers to reach the main draw in all five claycourt tournaments preceding Paris, did not have to wait long for his chance.

He earned his first break point in Thiem’s opening service game and broke him on his second to race through the first set.

Two quick breaks in the second wrapped it up for Dellien, with Thiem, who injured his wrist in Mallorca in 2021 and required surgery, struggling with for consistency throughout.