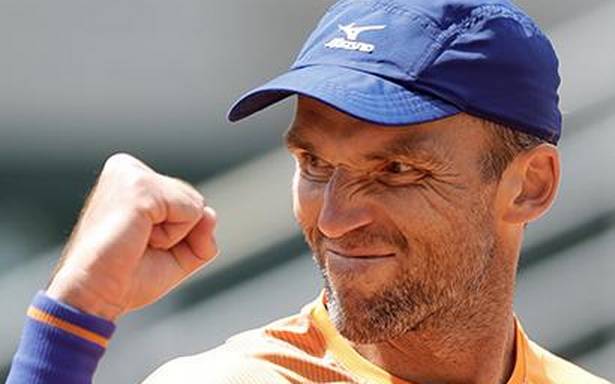 Ivo Karlovic made a mockery of his 40 years to beat relative spring chicken, 37-year-old Feliciano Lopez in the oldest ever men’s match-up at Roland Garros on Tuesday.

World number 94 Karlovic fired 35 aces and 69 winners past his 108th-ranked opponent having wasted two match points in the third set.

The oldest Grand Slam match in history featured 41-year-old Pancho Gonzalez against Torben Ulrich, 40, at the 1969 US Open.