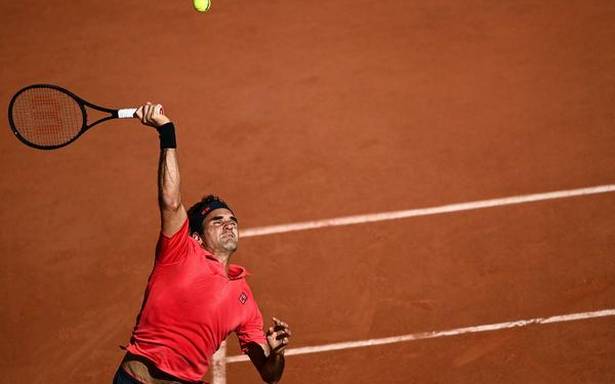 The Swiss great makes a winning return to Grand Slam tennis after 16 months away; Medvedev finally wins a match at Roland Garros on his fifth attempt.

Roger Federer marked his return to the French Open with a straight sets defeat of Uzbekistan qualifier Denis Istomin on Monday.

Federer, who skipped the 2020 tournament, was playing just his fourth match of the year and first at a Slam since losing to Novak Djokovic in the Australian Open semifinals last year.

Defending champion Iga Swiatek picked up on Monday right where she left off last year in winning the title: running yet another opponent this way and that on the red clay in a take-no-prisoners straight-sets victory.

Her best friend on the tennis circuit, Kaja Juvan, was the victim on Court Philippe Chatrier this time as Swiatek emphatically kicked off her campaign to become the first woman since Justine Henin in 2007 to defend the French Open title.

Playing on her 20th birthday, Swiatek treated herself to a 6-0, 7-5 victory — her eighth straight-sets win in a row at Roland Garros, having also not dropped a set in winning the trophy last year as an unseeded 19-year-old.

“She didn’t give me any birthday gifts,” Swiatek said of the partner with whom she won a gold medal in doubles at the Youth Olympics in 2018.

But Swiatek wasn’t in the gift-giving mood, either. She secured the win with a snapped cross-court backhand at the net, on her fourth match point, that Juvan hit wide.

They hugged each other warmly at the net, best buddies once again.

Swiatek then gamely played ball, waving her hands like an orchestra conductor, as on-court interviewer Marion Bartoli led the crowd, thinned by coronavirus restrictions, in a somewhat squawky rendition of “Happy Birthday.”

Sinner was on the verge of a shock exit against Herbert. But the Frenchman could not seize his chance, shanking a shot wide at 4-5, 30-40 in the fourth set.

That proved to be a turning point as Sinner finally held, broke, and sealed the set. Herbert’s missed backhand volley then gave Sinner an early break in the decider and the Italian prevailed with his deep groundstrokes.

It was just the second meeting between the pair. Sinner had dropped only four games the last time they met, in a best-of-three-set match.

This match was more closely contested as Herbert, who is also an accomplished doubles player, often tried his luck at the net and managed to put his rival on the backfoot during long spells of play featuring his aggressive approach.

05/31/2021 Sport Comments Off on French Open | Federer eases into round two, Swiatek has a happy birthday
India