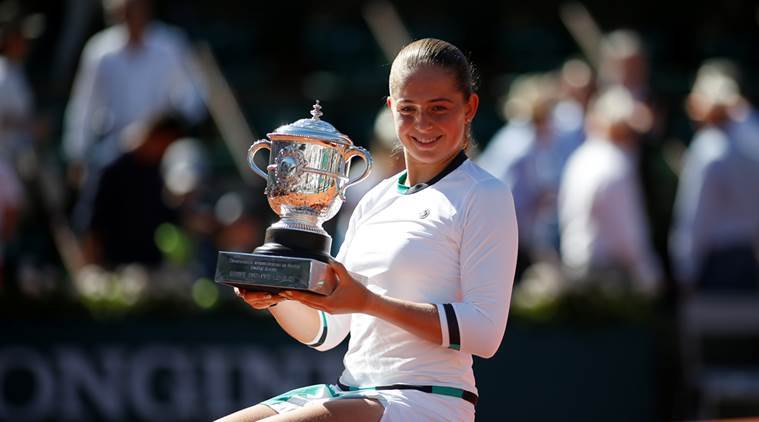 After winning the French Open in 2017, Jelena Ostapenko won just 23 matches next season and comes into this edition with eight matches won in 2019. She is now ranked 40th in the world, unseeded and unfancied. 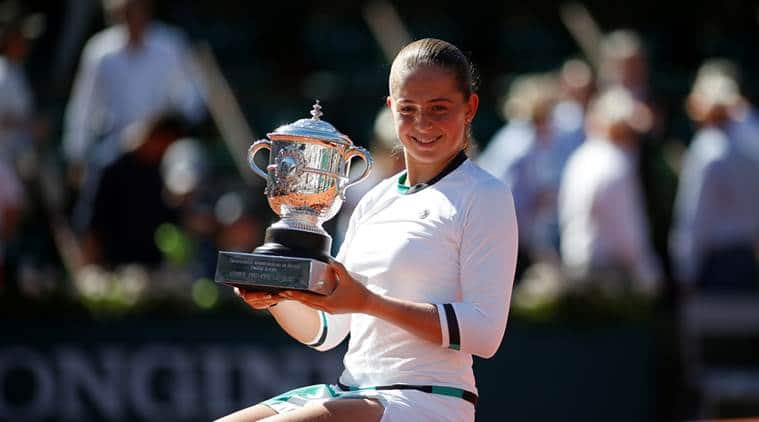 When Jelena Ostapenko cracked a backhand down the line to win the French Open in 2017, it flew with a sound that seemed to herald a new star in women’s sport.

Initially, there had been nothing to suggest she would go deep at Roland Garros, much less shake up the world of women’s tennis. Certainly not in her first match when she laboured past a little-known American in three unremarkable sets.

But Ostapenko grew in stature by the round. By the middle of the tournament she had beaten a Grand Slam champion, Sam Stosur, and in the quarter-finals she biffed a player who had once been world number one, Caroline Wozniacki.

In the final, she threw caution to a warm wind and walloped an incredible 54 clean winners — a figure which matched precisely her error count — to beat Simona Halep and become the first unseeded player to win the French title since 1933.

It was Ostapenko’s first title of any kind, emulating the feat of Gustavo Kuerten — the Brazilian who won his first Tour crown at Roland Garros on June 8, 1997 … the very day Ostapenko was born.

That sunny fortnight was the stuff of dreams and, it appeared at the time, foundations. Here was a talent which had been crowned in a match which would surely be a precursor to further triumphs and titles. A bright future was her destiny.

It hasn’t turned out that way.

The following season Ostapenko won just 23 matches all year — she reached the semi-finals at Wimbledon but lost in the first round in the defence of her French crown and her ranking dropped from a peak of fifth to 22nd in the world.

This year she has won just eight singles matches coming into Roland Garros, and two of those were in the arguably less cut-throat Fed Cup competition. She arrives in the French capital ranked 40th in the world. Unseeded, unfancied.

But the shots which powered her to the title two short years ago are still in the armoury, and all it would take is for something to click, some French flame to reignite, and she could go on a run.

“After winning a Grand Slam, everyone thinks that you will win all the tournaments and that’s not like this,” she said rather dolefully in a recent interview.

She also, however, allowed a glimpse of what could be.

“When I get confidence back, I am a dangerous player,” she said, before describing her game. “It’s aggressive, of course, a hard game. The most important thing is that everything depends on me. If I play well, I can beat almost anyone.”

“NEGATIVE EFFECT”
Fellow former French champion Kim Clijsters feels for the faltering Latvian, and sympathises with her about the pressure and expectation she carries.

“The impact of winning something so big is very big in your life,” the Belgian told Reuters in an interview this week. “When I look back to my path, I’m very happy that I didn’t win a Grand Slam when I was 17 or so.

“When you win a Grand Slam, management, sponsors and everything gets added on to that and I’m sure that can have a negative effect.”

Ostapenko made an inauspicious start to this season when she headed to Shenzhen as fourth seed and was smashed in the first round 6-0 6-2 by a Romanian qualifier ranked 99th in the world.

Things have scarcely improved since and her last outing before Paris will hardly have instilled her with confidence — a withdrawal citing fever from her first round match in Rome while trailing Mihaela Buzarnescu 6-2 5-4.

Still, Ostapenko enters this Grand Slam as a former champion, and if anything can bolster her confidence it must be this. She has a chance to use the scene of her greatest triumph to set her career back on track.

That goal, though, has been helped none by the cruellest of draws.

Her first match will be against former world number one and twice Australian Open champion Victoria Azarenka. And even if she were to win that opener, she would probably next face top seed and world number one Naomi Osaka.

“There are some bad days and overcoming them is very important,” the now 21-year-old said recently.

Given her 2019 French Open draw, that outlook may well come in handy.

05/24/2019 Sport Comments Off on French Open 2019: Where are they now? Jelena Ostapenko’s back with hope but high hurdles
India