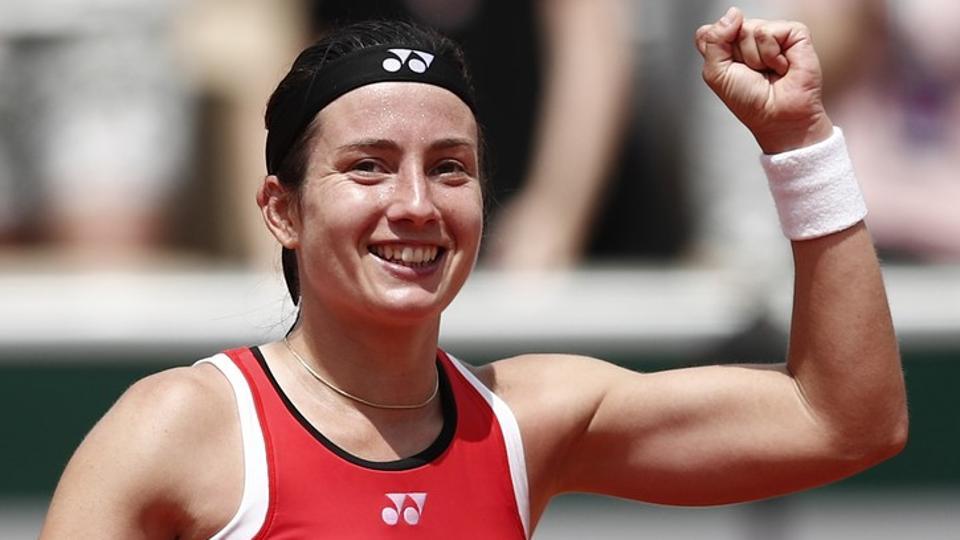 Latvia’s Anastasija Sevastova ground out a gruelling 6-7(3) 6-4 11-9 win against Elise Mertens on Friday to move into the fourth round of the French Open, her best ever showing at the claycourt major.

In a marathon three hour 18 minutes match, the longest contest in the women’s draw so far, Sevastova overcame the Belgian to set up a match against Czech Republic’s Marketa Vondrousova.

Both players struggled with their service rhythms, with Sevastova producing just 58 percent of first serves in and facing a total of 15 break points. Mertens faced even more.

The 23-year-old Belgian, who arrived in Paris following two first-round defeats in Madrid and Rome, won a comfortable tiebreak to claim the first set. For Sevastova, the errors kept piling up and she frequently turned to her box in anguish.

The Latvian came back strongly in the second set, however, breaking the Mertens serve three times as she found her groove on the backhand.

That set up a monster third set in which the two players slugged it out for 101 minutes, Mertens using her long reach to retrieve seemingly lost points and Sevastova disrupting her opponent’s groundstrokes with an array of deft drop shots.

As the contest headed towards its nerve-jangling finale, Sevastova served five times to stay in the match before finally breaking Mertens for a 10-9 lead that left the Belgian totally deflated.

In the end, Sevastova made it look easy, winning the final game to love.

05/31/2019 Sport Comments Off on French Open: Anastasija Sevastova defeats Elise Mertens in triumph of will
India