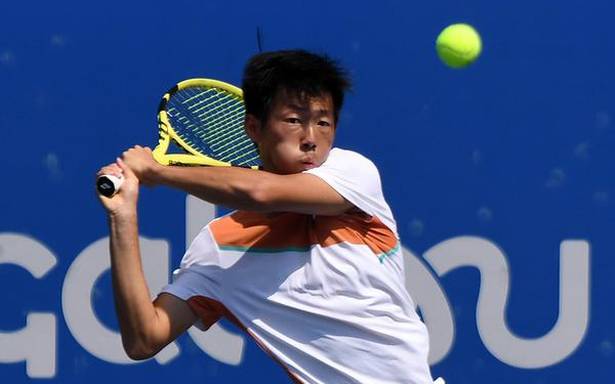 Life for Chun-hsin Tseng has been a stop-start affair. Born to working class parents in Chinese Taipei who owned and managed a small food stand in a night market, he won the French Open and Wimbledon junior singles titles in 2018 and finished the year ranked No.1 in the world.

He turned professional and just when he seemed confident enough to navigate the rough waters of the Tour, COVID-19 scuppered his best-laid plans. He didn’t touch his racquet for six months and the East Asian-swing was washed out. Globe-trotting in search of matches came with a price – strict quarantine measures meant it was tough to return home.

It is only now that there is a semblance of balance. Late last year, the 20-year-old won a Challenger in Portugal – his first-ever – and reached another final to break into the top-200. With his father Yu-Te Tseng in tow, he wants to make the best of the twin Challengers in Bengaluru.

“In the beginning it was very tough,” says Chun-hsin, recollecting his past. “My parents were struggling. I couldn’t practice as it involved a lot of money. I won a national tournament around 2008-09 in Taiwan and then the federation helped me.”

The push took him to the United States and from there to France to the academy of Patrick Mouratoglou, Serena Williams’ coach. Success at the junior Grand Slam stage followed.

“People [back home] began to pay more attention,” he says. “They got to know more about the sport of tennis. [But] when COVID struck, I was only practising. I could not play well, there was no rhythm.”

“I was quite slow. I started losing matches which I could have won. I started watching my own videos and then I started to become aggressive and faster. I got to know what I needed to win.”

This change is perhaps because at 5’9” he is a bit of an anomaly in a sport that favours height. He doesn’t have a military-grade serve either. But with light feet, balance and solid technique, he feels he can go far, just like his idol Kei Nishikori.

That he is now the primary bread-winner for a family of four doesn’t seem to add pressure. “My mother has stopped the business as she had some wrist issues. [But] turning professional has helped my family. I don’t take much pressure. I want to focus on the game.”