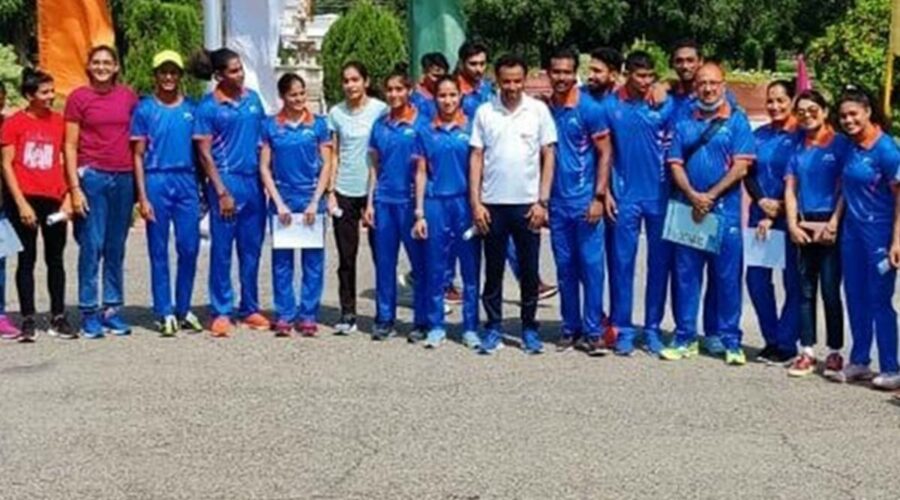 National coach Kamal Ali Khan believes that the young Indian athletes will step up and make a mark. The 28-member Indian team reached the venue on Sunday morning. After the Tokyo Olympics, the focus now shifts to World Athletics Under-20 Championships beginning at Kasarani Stadium in Nairobi, Kenya from Wednesday to Sunday.

The tournament was scheduled between August 17-22 and will now begin one day later on August 18. It will conclude on August 22. It was first to be held from July 7-12, 2020 but got deferred due to the Covid-19 pandemic.

Nairobi won the hosting rights in 2018 after conducting ‘an outstanding final edition’ of the IAAF World U18 Championships in 2017. According to reports, at least 60,000 watched the U18 championships at Nairobi’s Moi International Sports Centre. But this time, the fans will not be watching the action due to Covid-19 restrictions.

Nairobi is known for its cool climate with temperatures as low as 15 degrees and high at 22 degrees Celsius, so expectations to do well are high.

Kamal Ali Khan, chief coach of the Indian team, is upbeat after the two-weeks camp at NSNIS, Patiala. “As usual our hopes are on throw events – javelin throw and shot put. In women’s long jump we expect a podium finish apart from the relay teams, particularly, the 4x400m mixed squad,” Kamal told the Indian Express on the eve of their departure.

Interestingly, no boys have been listed in the individual race even though they are participating in men’s 4x400m. Even in mixed relay, Indians are missing from the provisional list.

“During the national camp, we’re focusing on the relay teams. The mixed team has an edge while boys and girls relay teams too will do well,” he added.

“It’s the turn of this group to step up,” Kamal said.

The national champion Priya Mohan, who won 400m gold during the National Senior Inter-State Athletics Championships held in July at Patiala, is expected to do an encore of 53.29 seconds.

In women’s long jump, Shaili Singh who has a personal best of 6.48m set during the National senior inter-state athletics meet in Patiala, is a medal contender too. Only Arianna Battistella (6.55m, Italy), Anna Matuszewicz (6.49m, Poland) and Mariia Horielova (6.49m, Ukraine) are above the Jhansi born jumper, according to the entry list.

In men’s javelin throw, Kunwer Ajai Raj Singh Rana, who has a season’s best of 74.75m, is expected to follow the steps of Neeraj Chopra. The Tokyo Olympic champion had won the gold medal throwing the spear at 86.48m in the 2012 edition of the World meet at Stadion Zawisza, Bydgoszcz in Poland. Rana, hailing from Kiratpur Sahib in Rupnagar district, Punjab, is currently World No. 3.