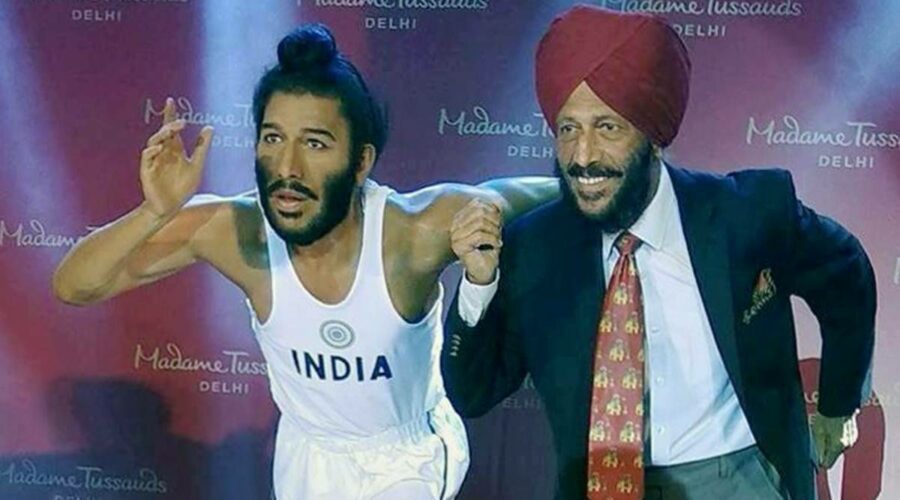 An Army man, a track legend, and a trailblazer who demanded excellence from all those who represented India — Milkha Singh passed away from COVID-19 complications on Friday.

Milkha Singh never looked back in anger at that one moment when he’d fatefully looked back.

Missing what could have been India’s greatest track and field medal — a bronze at the Rome Olympics in 1960 by 0.1 seconds — independent India’s first sporting superstar taught a nation entering its teens what a heartbreak felt like.

An Army man, who impressed a Pakistan General so much that he gave him the famous moniker “Flying Sikh”; a track legend who put India at the starting blocks of the biggest sporting stage; and a trailblazer who demanded excellence from all those who represented the country — Milkha Singh passed away from Covid-related complications late Friday at the age of 91.

Five days ago, Milkha’s wife, Nirmal Kaur, a former India volleyball captain, had lost her battle with the virus at the same Mohali hospital where the legendary runner breathed his last. Milkha is survived by 14-time international winner and golfer son Jeev Milkha Singh, daughters Mona Singh, Sonia Singh and Aleeza Grover — and a legacy that is part of India’s sporting lore.

Take a look at rare photos of Milkha Singh

While his four gold medals in the Asian Games and duels with Pakistan’s Abdul Khaliq lit up stadiums, one of Milkha’s more famous wins was his historic 400m gold at the then British Empire and Commonwealth Games in Cardiff, UK.

Running in the outermost lane at Cardiff Arms Park in front of more than 70,000 fans, Milkha pipped the then world record holder, South Africa’s Malcom Spence, clocking 46.6 seconds to make history, and receive his medal from Queen Elizabeth. After the race, as he told the BBC that he had fulfilled his duty towards his motherland, a young nation learned to strut around overnight. After the riots during Partition claimed his parents and three brothers, Milkha landed in Ferozepur in a military truck after a nightmare journey from Multan in a train soaked in blood. Still a boy, he would shine boots of soldiers and, on bad days, be forced to steal ration to feed his empty stomach.

After two failed Army recruitment attempts, Milkha joined EME, Secunderabad. And it’s in the shadow of the Golconda Fort that he made a 10-man shortlist out of 500 for a 6-mile run and came under the tutelage of his first coach, Havaldar Gurdev Singh.

Chipping away at competition at inter-services meets, Milkha made the India camp in 1956, and booked a berth for the Melbourne Olympics, beginning his 400m stint. He’d watch the greats streak past, as the ambition to run as fast as them took root. Training till he dropped and with an obsession to win, Milkha started setting national records, trying his best to stick to a regimen scribbled for him by Olympic champion Charles Jenkins in Melbourne.

He was soon Asia’s best, and the highly-touted Pakistan runners would start falling short. It was Pakistan president General Ayub Khan who anointed Milkha the “Flying Sikh”, after he blitzed past the home nation’s Abdul Khaliq at an international race in Lahore. Yet, while reflecting in the glow of hindsight after his retirement, Milkha would generously credit those he beat, and was beaten by, calling them the pacesetters of his life. A survivor of the Partition, Milkha wouldn’t let the wounds fester, believing that destiny’s victims suffered on both sides. He firmly acknowledged how his childhood in Pakistan and youth in India shaped him as a battle-hardened sportsman. And he’d always refer to Abdul Khaliq as his shadow, walking ahead sometimes, falling back on others, but twinned forever, each pushing the other.

There was epic grace in his failing at the Olympics, too. In a race where Otis Davis of USA set a world record of 44.9 seconds with Carl Kauffman of Germany finishing a close second, Milkha set the national record of 45.6 seconds. Later, he conceded that looking back at the midway stage had cost him precious time, but wouldn’t brood on it. He embraced the result as destiny. Milkha was always grateful for whatever he achieved, rather than staying sullen over what he missed.

As he nursed his drink and busied his hard-earned retirement years of comfort in Chandigarh, playing golf and growing old surrounded by grandchildren, with an undiminished zest for life, Milkha taught his country how to take all that life threw at him, in what was his legendary stride.