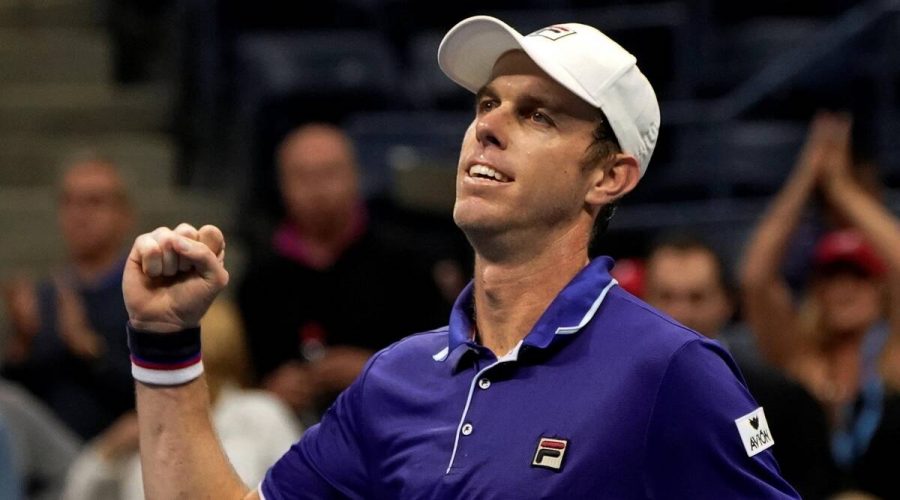 Sam Querrey, along with his wife and child, had secretly fled Russia on a private plane after testing positive for coronavirus ahead of St Petersburg Open in mid-October. A seemingly harmless video appeared on Instagram on November 4. The minute-long clip, uploaded by American screenwriter and director Douglas Ellin – best known as the creator of the TV series Entourage – shows a group of men playing a game of Pickleball on a tennis court in Santa Monica, California. One of them, though, was American tennis player Sam Querrey.

A month ago, Querrey, his wife and child, had tested positive for coronavirus ahead of an ATP tournament at St Petersburg, Russia. But instead of going into quarantine, the family secretly fled the country without informing the tournament organisers. The 33-year-old has since kept away from the public eye, leading to unconfirmed reports – birthed on social media – suggesting that he might have fled to either Canada, Russia’s neighbouring Scandinavian countries, or a Balkan nation where entry was possible without the need for a Covid-19 test.

The exact whereabouts of the World No 53 – who was ranked as high as 11 in 2018 – were unknown. Until Ellin’s video surfaced.

When the tour resumed in August after the five-month hiatus caused by the Covid-19 pandemic, the ATP put in place a strict protocol to be followed at each and every tournament. All players and their companions (support staff and/or family) travelling with them are to be tested for the virus, and only after testing negative will they be allowed to go to the venue. Thereon, the player and his team will be tested on every fourth day beginning with the opening day of the event. A positive test at any time will result in immediate disqualification and the need to self-isolate.

According to a statement released by Formula TX, the company that organised the St Petersburg event, Querrey, his wife and their eight-month-old son landed in the city on October 7, were immediately tested and declared negative. Four days later, on October 11, a test revealed that the Querrey family had contracted the virus. It was confirmed by a subsequent test conducted on the same day.

“According to the ATP protocol and the rules of Rospotrebnadzor, the Russian federal service monitoring mass events, including sports competitions, Sam Querrey was disqualified and isolated in his room of the ‘Four Seasons’ hotel,” read the statement.

“As recommended by the local Rospotrebnadzor and provided the course of the disease is asymptomatic, it was supposed to transfer Querrey from the hotel to private apartments for self-isolation so that the family wouldn’t experience any inconvenience nor pose a threat of disease dissemination. To that end, the organising committee had prepared premium-class apartments.”

As per the organising committee, the tournament had arranged a doctor and paediatrician to visit the Querrey family to examine them. Two attempts were made to reach the American player, but none were fruitful. On October 12, Querrey did not open his hotel room door – “justifying his refusal by the fact that his child was sleeping.” A meeting was agreed upon for the next day, but this time there was no answer on the door.

Subsequently, before the Querreys were to be shifted to a private apartment, another test was scheduled for October 15. By this time, however, it had emerged the family had already left the country.

“Instead of acting in accordance with the ATP rules and the tournament sanitary protocol, at 5:45 AM on October 13, Sam Querrey along with his family left the hotel without informing the reception – as was filmed by the hotel security cameras,” the organising committee’s statement read.

The statement further added that all disciplinary actions henceforth will be based on the ATP’s decision.

At the time, the ATP had issued a statement regarding a missing player, without naming Querrey.

“Adhering to health and safety protocols is critical to ensure events take place safely and within the guidelines established by local authorities. Players and their support team members are reminded that breaches of protocol can jeopardise an event’s ability to operate and have repercussions on the rest of the Tour. In accordance with ATP’s Code of Conduct, we are taking this matter extremely seriously and an investigation is underway.”

According to a report in The Guardian, Querrey’s actions could result in a fine of up to USD 100,000 along with a three-year suspension if “the breach of the health and safety protocols is deemed as a ‘serious offence.’”

So far, there has been no communication from the ATP regarding any action taken against the American. But it seems the search for Querrey is over.

11/16/2020 Sport Comments Off on Flight from Russia: The curious case of the missing Sam Querrey
India