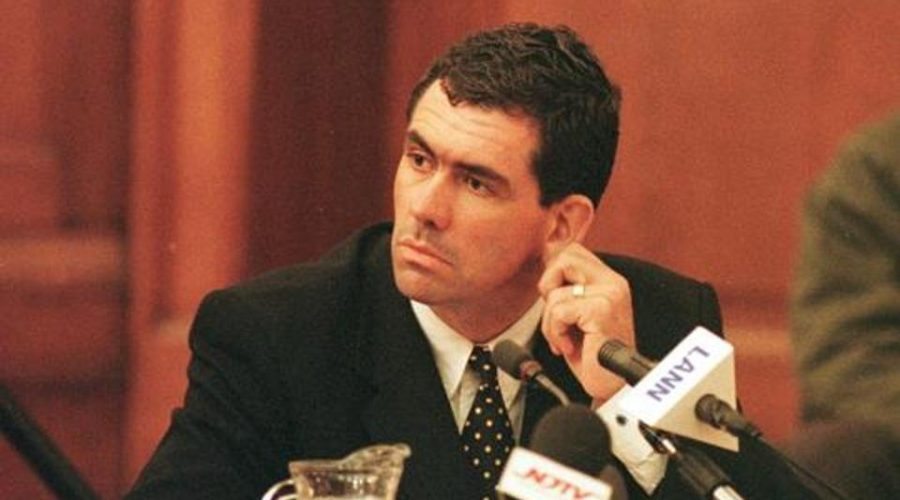 Twenty years after his name came up in the match-fixing scandal that changed cricket forever, alleged bookie Sanjeev Chawla—one of the main accused in the 2000 fixing case involving the South African cricket team—will be brought to India on Thursday. A team of police officers from the Delhi crime branch reached London on Monday.

This is the first successful high profile extradition to India since a treaty was signed with UK in 1992. Officials familiar with the extradition procedure said that the Delhi police team will bring him to India “possibly tonight”.

A senior Delhi police officer, who did not wish to be named, said, “Hopefully, we will get him back in Delhi by Thursday afternoon. One of our officers, DCP Ram Gopal Naik is already there with the team.”

Former Delhi police commissioner KK Paul, who had headed the investigation in 2000, said: “Chawla was in touch with Hansie Cronje. Cronje is no more but Chawla has other links too. When the case broke out he was in England. It took 20 years but the efforts of the Delhi police have paid off. The governments had been working to extradite him all these years. This extradition will set an example,” Paul said.

India-born Chawla moved to the UK in 1996. A request that Chawla be extradited was made by the Indian government on February 1, 2016. Delhi police said that Chawla had exhausted all options to block the extradition. New Delhi had submitted three sovereign assurances to an UK court about his safety in Tihar jail, where he is set to be lodged.

In July 2013, the Delhi police had filed a charge sheet against Chawla, 13 years after they registered a case in the fixing scandal.

The fixing scandal came to light after Delhi police intercepted Chawla’s telephone conversations with Cronje, where the two discussed details of how a match will be fixed. While the probe against Cronje was stopped after his death in a plane crash in 2002, the court will try Chawla under sections of cheating and criminal conspiracy—an offence that attracts seven years in prison, if convicted. Police said that after Chawla is produced in a city court, he will be questioned and then sent to Tihar jail.

The ‘businessman’ who left cricket reeling

Who is Sanjeev Chawla? A Delhi based businessman, Chawla moved to UK in the mid-1990s on a business visa, but kept making frequent trips to India. His name came to Delhi Police’s attention during an investigation into organised crime and his phone was put under surveillance. This is how, in 2000, the police stumbled on to a match-fixing conversation between Chawla and the then South African cricket captain Hansie Cronje. Chawla’s Indian passport was revoked in 2000, and he got a UK passport in 2005. He is now 50 years old.

What is the case against him? The case dates back to April, 2000 when Delhi Police filed an FIR under IPC sections 420 (cheating) and 120B (criminal conspiracy) over alleged match-fixing in Indian cricket, relating to matches on the South Africa tour of India in early 2000. Cronje, teammates Herschelle Gibbs, Pieter Strydom and Nicky Boje were mentioned in the FIR, besides Chawla. The charge sheet was filed only in 2013, in which Chawla is described as “the conduit” between bookies and Cronje. The charge sheet says Cronje was introduced to Chawla by a South African businessman of Indian origin.

What was said in that phone conversation? In the selected transcripts released by the police, the conversations between Chawla and Cronje point to systematic corruption. Here is an excerpt:

The aftermath Cronje, who initially denied the allegations, later confessed to the South Africa cricket chief, with a 3am phone call. He later confessed to fixing before a tribunal in South Africa, the King’s Commission, where many of his fellow players also opened up about the issue. Cronje died in a plane crash in 2002.

The Central Bureau of Investigation report into cricket corruption was released in October, 2000. It named a host of Indian and foreign cricketers, including Mohammad Azharuddin, Ajay Sharma, Manoj Prabhakar and Ajay Jadeja. Azharuddin and Sharma were banned for life by the BCCI. The CBI report exhaustively described the role of alleged bookie Mukesh Gupta. It produced call data records to show that Prabhakar had made many calls to “bookies/punters like Sanjeev Chawla, Rajesh Kalra, Sunil Dara and Rattan Mehta.” CBI report also said that then India spinner Nikhil Chopra’s “cell phone analysis has disclosed two calls to Rajesh Kalra, one to Sanjeev Chawla and one to Rattan Mehta, all well known punters of Delhi. Nikhil Chopra has denied making calls to Sanjeev Chawla and Rattan Mehta and has also stated that he does not know them.”

Is this how fixing in cricket came into focus? Yes. The ICC set up an Anti-Corruption and Security Unit (ACSU) in 2000 under the retired Commissioner of the London Metropolitan Police, Lord Paul Condon following the incident. The BCCI set up their own anti-corruption unit in 2012.

How long has India tried to get Chawla? Since 2016. This will be the first successful high-profile extradition since India signed an extradition treaty with UK in 1992. The chargesheet says, “There is sufficient evidence to prove that the accused had entered into a conspiracy to fix cricket matches played between India and South Africa from 16/2/2000 to 20/3/2000.” An Indian court will try Sanjeev Chawla under sections related to cheating and criminal conspiracy. If convicted, he faces a jail term of up to seven years. And if that happens, he will be the first person to be convicted in the case that rocked world cricket in 2000.