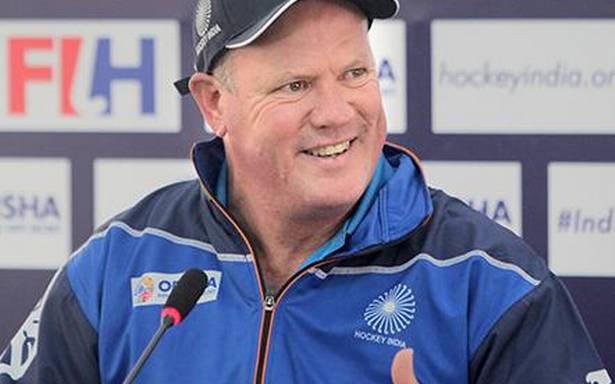 Encouraged by the clean sweep of International Hockey Federation (FIH) awards, the men and women hockey players are keen to carry forward their good work in the Tokyo Olympics and achieve more glory in upcoming events.

Men’s team chief coach Graham Reid, who will also coach India in the Junior World Cup in Bhubaneswar next month, said the awards were the result of the team’s hard work.

“It is a reflection of the work done in the last two years. An Olympic medal after 41 years has woken a lot of people to hockey again,” said Reid, who bagged the Best Coach award, during a virtual press conference on Thursday. Sidestepping the controversy surrounding the awards, Reid said, “We have nothing to do with how we are chosen.”

Reid looked forward to his assignment with the juniors. “It is exciting looking for new talent. Expectation is there but five years is a long time in junior hockey. We won in 2016 does not mean we will win in 2021.”

Listing upcoming elite men’s assignments, including the Asian Champions Trophy in December and Pro League and Asian Games next year, Reid said the Asian Games would be important as the winner would qualify for the Paris Olympics.

P.R. Sreejesh, who was chosen Best Goalkeeper (men), said the Olympic bronze medal had given more responsibility and it would be important to “refocus and get the rhythm back” for future events.

Recalling how the news of FIH awards was broken to the team in a dramatic manner at the camp in Bengaluru, Best Goalkeeper (women) Savita Punia said the team would be eager to continue with the good work and get results in big events.

“We celebrated after the Olympics (fourth place finish). But there is responsibility to do well in the Asia Cup, a World Cup qualifier, and the Asian Games, an Olympics qualifier. From Rio to Tokyo, there was a big difference in mindset and self-confidence.

“The (sense of) responsibility of each player has increased. Every week we have leadership groups,” said Savita, who requested coach Janneke Schopman to resume the camp as soon as possible.

Along with Savita, Gurjit Kaur (Best Player, women) and Sharmila Devi (Best Rising Star, women) welcomed the seamless transition from Sjoerd Marijne to Janneke. “It is good that Janneke will continue to work with us. She was equally involved in coaching. She worked on the mental side as well. She told us that it was normal to have pressure before big matches and that was a big change. Earlier, we did not talk about that,” said Savita.