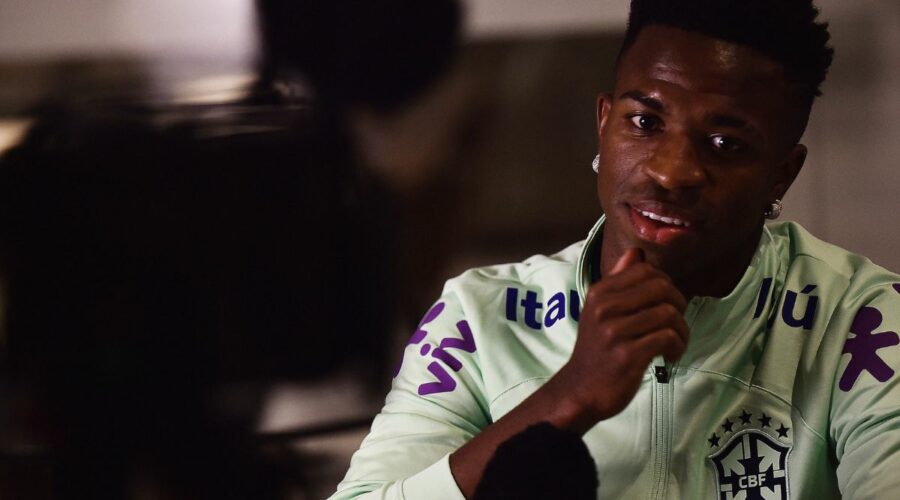 Vinicius Jr. is the symbol of Brazil’s outstanding new generation of talent that looks to be peaking at the perfect moment as they arrive in Qatar as favourites to lift a record sixth World Cup.

The 22-year-old scored Real Madrid’s winner in the Champions League final against Liverpool and finished eighth in the Ballon D’Or ballot last month, elevating him to world renown in his fifth season with the Spanish giants.

He said he was eager to ease the pressure on Brazil forward Neymar, 30, who has carried the hopes of a nation almost single-handedly throughout his international career.

“Neymar went through so much as a young player, having to play at such a young age and with a lot of pressure. So he is the one that makes sure today that everything is easier for the new generation,” Vinicius told Reuters in Turin on Thursday, where Brazil are training before flying to Qatar on Saturday.

“It is a dream because we grew up idolising him. It is very important what he does as a leader. He knows that by helping us, we can help him a lot to make a great World Cup. And that’s good for us. It is good for the Brazilian people that want us to win.”

Well-spoken and mature for his years, Vinicius welcomes the pressure that comes with the responsibility of being the face of Brazil’s new generation.

“I do a lot of listening. I like to learn from the more experienced players like Karim (Benzema) and Neymar,” Vinicius said.

“Dealing with pressure was always easy for me, being a star, as you say. I have always been level-headed. It helps to play for Real Madrid and Brazil. Because I can learn from all those great players who have won so much in their careers.”

But behind his big smile and the dancing celebrations that are becoming the trademark of the jet-heeled winger, there is a sensible and socially aware young man who wants to use soccer and his fame for the greater good.

Vinicius started a foundation that is building schools in impoverished areas and is investing in research to develop new ways to improve the education system in Brazil.

“I believe I need to do more. I see how athletes like Lewis Hamilton and LeBron James do good and I want to do the same, help people in many ways,” Vinicius said.

“Education is important because not everyone can become a player. Many try, but not all succeed. So I try my best to help the people in Brazil to continue improving and evolving as a person. If they focus with the right guidance, we can get more people going to the university, more doctors, more professors, better professors.”

Vinicius says one of the battles his generation faces is against the stereotype of Brazilian players being bad professionals.

“This new generation has learned a lot from the old generation,” Vinicius said.

“It’s sad to see how they are criticised, it’s unfair because they gave so much for our sport. We need to celebrate their achievements but ask the question: what do we have to do right? What did they do wrong? It’s important for us not to make the same mistakes and continue to evolve and change our image.”

Vinicius said he was worried he would get injured before the World Cup. He is the most-fouled player in LaLiga by a large margin, 10 more times than Enes Unal in second on the list, and believes his rivals went after him knowing he was in Brazil’s World Cup squad.

“You can come strong but they were being dirty with their challenges. Rodrygo and I suffered a lot in those last games and feared the worst, to get injured and have to miss the World Cup. When you start to become an important player, rivals come after you harder. You have to learn to deal with that.”

“So that’s why when I take the ball and burst forward, I do it with a vengeance. Yes, I can get hurt. But I’m prepared for the challenge.”

That is a mentality Vinicius believes he shares with his Brazilian teammates heading to Qatar.

“The rivals can expect a team that is strong and prepared to give it all to win it all,” he said.