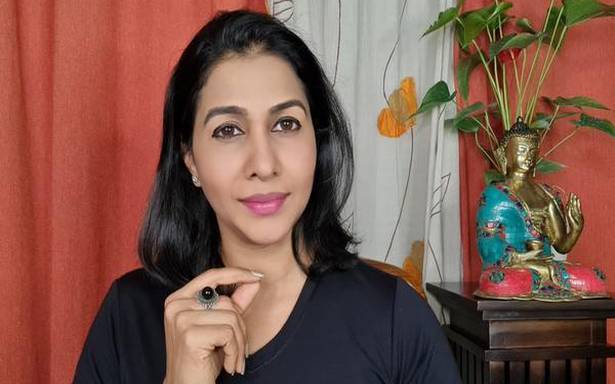 Credits husband Bobby of being the strength behind her work

Life was a big struggle for young Shaili Singh at her home in Jhansi a few years ago. She was raised by her mother, a single parent and a tailor, and every day seemed to bring a new set of problems.

But once Anju Bobby George and her husband Robert Bobby George brought the long jumper under their wing, there came about a wonderful transformation.

Shaili is now a confident 17-year-old, an under-20 World championship silver medallist who, Anju believes, can go on to win an Olympic medal.

It is this sort of work, of empowering young girls and guiding them to a bright future that saw World Athletics reward Anju with its Woman-of-the-Year Award on Wednesday.

“More than all my achievements, what matters is what we are giving back to society… keeping the cycle going, to produce future champions.

“And this is Bobby’s achievement too. More than half, because he is the backbone, allowing me to do all these things even now. When Bobby made me a World Championship medallist, he was a one-man army but now, together, we are developing many athletes (at her Anju Bobby Centre of Excellence in Bengaluru). And it’s not just that we are making champions, it’s all-round development and community development also.

“We are also guiding Shaili, teaching her that culture. Once my trainees reach their expected levels, they will also give back to society so it’s a constant cycle. Because they are living with us, learning from us,” Anju said.

And, Anju, the mentor at her academy where Bobby George is the chief coach, is keen to empower more women.

“My work is more about developing women athletes, I want to encourage more women to come forward, take up sport and give back to society and make it a sort of culture. Sport should not be just about winning, earning and settling down,” said Anju, currently senior vice-president of the Athletics Federation of India.