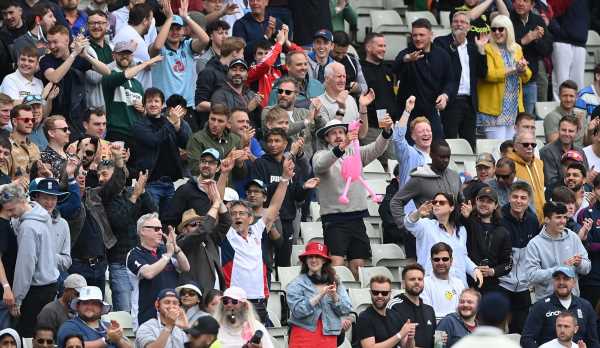 Birmingham Police said they arrested a man on Friday after allegations of racist behaviour during England’s Test against India at Edgbaston came to light earlier this week.

A number of supporters said on Twitter they had been targeted by racist abuse from other fans at the Birmingham venue on the fourth day of the Test, which England won by seven wickets to draw the series 2-2.

“A 32-year-old man has been arrested for a racially aggravated public order offence after reports of racist, abusive behaviour at the Test match in Birmingham on Monday,” Birmingham Police said.

“He remains in custody for questioning.”

The incident was also highlighted on Twitter by former Yorkshire spinner Azeem Rafiq, whose allegations of institutional racism at the club had rocked English cricket last year.

Warwickshire said they would deploy undercover spotters for the second Twenty20 between England and India at Edgbaston on Saturday.

India won the first T20 of the three-match series by 50 runs.