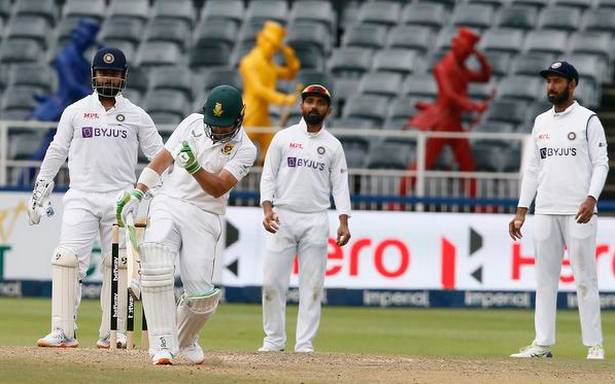 The defeat at the Wanderers would have come as a shock to those who believed a transitional Protea team could be rolled over by India for a historic maiden Test series triumph on South African soil.

Now the series is on a knife-edge at 1-1 ahead of the high-stakes decider at Cape Town from January 11.

There are several reasons for the Indian setback but the principal cause would be the failure of its highly-rated bowling on a track with cracks.

To tell the truth, 240 was an eminently defendable score on this surface. All the bowlers had to do was to hit the cracks consistently.

Had Glenn McGrath, Curtly Ambrose, or going further back, Brian Statham, all seamers known for control and accuracy, been around, South Africa would not have got 150 on this surface.

Jasprit Bumrah and Mohammed Shami bowled excellently on the second morning without luck but disappointed in the South African second innings.

They over-pitched, bowled short and wide, and landed the ball on either side of the pitch for runs.

Dean Elgar held firm at one end, marshalling the pursuit, and the next man Keegan Petersen, an impressive batter with flow and timing, was also able to play his shots. Bumrah and Shami could just not get their length right on this track.

The pace duo had to target an area just short of a good length from where the ball rose nastily from the cracks.

And Bumrah and Shami had to get the sphere to bounce at the right shoulder of the batters, opening them up and getting them to fend at the deliveries, and not take them on the body.

It doesn’t say much for Bumrah that on this surface he finished with match figures of one for 119. The incisive deliveries were missing when India needed them.

Only Shardul Thakur, who bowled magnificently in the first innings, scalping seven, hit the cracks with regularity, but, for some strange reason, was introduced rather late on the decisive fourth day.

With the dogged Elgar at the crease, South Africa was able to build partnerships. Even someone lacking in confidence such as Rassie van der Dussen, grew in stature, and played shots on both sides.

The Indians leaked runs, and were just unable to stem the flow. You can’t set fields to poor and rather wayward bowling.

And R. Ashwin has to bowl India to victory in the SENA countries (South Africa, England, New Zealand and Australia) to be considered a truly great spinner.

Yes, India should have scored at least 50 runs more after electing to bat, and yes, Rishabh Pant, struck on the helmet grill by a Kagiso Rabada lifter and riled up by van der Dussen from short-leg, should not have lost it in the mind and perished to a wild heave off the next delivery.

But the buck stops with the bowlers. You expect this Indian attack to defend 240 against this South African line-up on this pitch. Even if the Indian bowlers had a plan, the execution was ordinary.