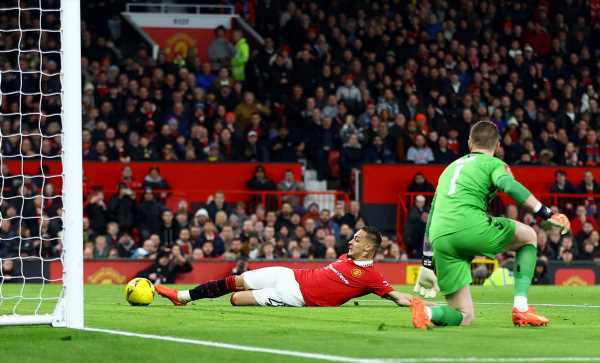 England forward Marcus Rashford was on target again as Manchester United earned a nervy 3-1 victory over Everton in the FA Cup third round on Friday.

United named a strong starting eleven and raced into an early lead after Brazilian forward Antony slid the ball home at the far post four minutes in.

Winless in their last seven games in all competitions prior to their trip to Old Trafford, Everton fans would have been fearing the worst, but 10 minutes later, Connor Coady capitalised on an error from United goalkeeper David de Gea to level.

United had several chances to retake the lead before Coady found the net at the wrong end of the pitch, turning Rashford’s cross past Everton goalkeeper Jordan Pickford shortly after half-time to put the hosts 2-1 in front.

Substitute Dominic Calvert-Lewin thought he had earned Everton a dramatic late draw and a replay with a near-post equaliser, only for VAR to rule the goal out for off-side.

To compound Everton’s woes, Rashford fired home a stoppage time penalty to score for the fifth successive match and put the seal on a seventh win in a row in all competitions for United. 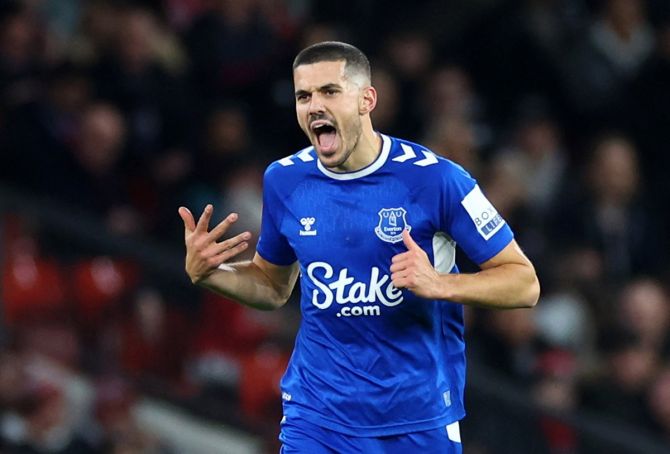 “In terms of performances, it’s probably the best that I’ve been so I feel good on the pitch,” Rashford told ITV. “I’m getting into positions and areas to score goals. If I keep creating chances, I feel like I’ll keep scoring.

“We’re pleased to go through to the next round and more importantly we keep momentum going and winning games.”

United’s previous four successive home wins had come without conceding, and it appeared another comfortable success was on the cards on Friday.

The move for the opener was swift and had Everton defenders back-pedalling, with Rashford drilling the ball across for Antony to score his fourth goal for the club.

Given their recent struggles, Everton would have been forgiven for capitulating, but they responded well, getting more than a helping hand from De Gea when equalising, with the Spaniard unable to block a low cross with his legs, and Coady was on hand to tap home. 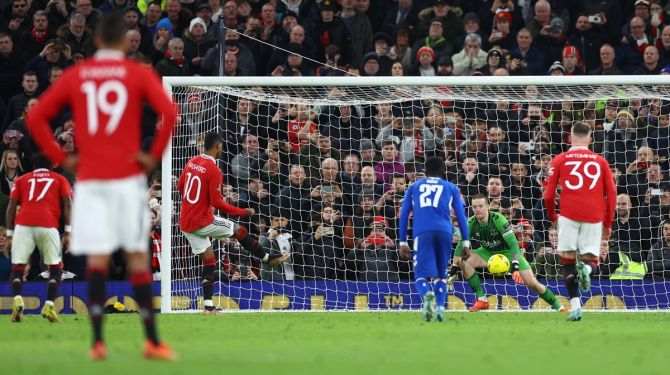 Anthony Martial drew a superb save from Pickford as he looked to immediately restore United’s lead, while Danish midfielder Christian Eriksen curled just over from the edge of the box near the end of the first half.

The chances kept coming for United, before they too needed some good fortune to find the net, with Coady’s outstretched leg eventually putting the hosts on course for victory.

Back in the side after a lengthy injury layoff, Calvert-Lewin turned home Demarai Gray’s cross to score what he thought was his first goal since October, but Gray was ruled to be offside after a VAR review.

A foul on United youngster Alejandro Garnacho gave United the chance to add a third from the penalty spot, with Rashford taking the ball off regular taker Bruno Fernandes and firing home.