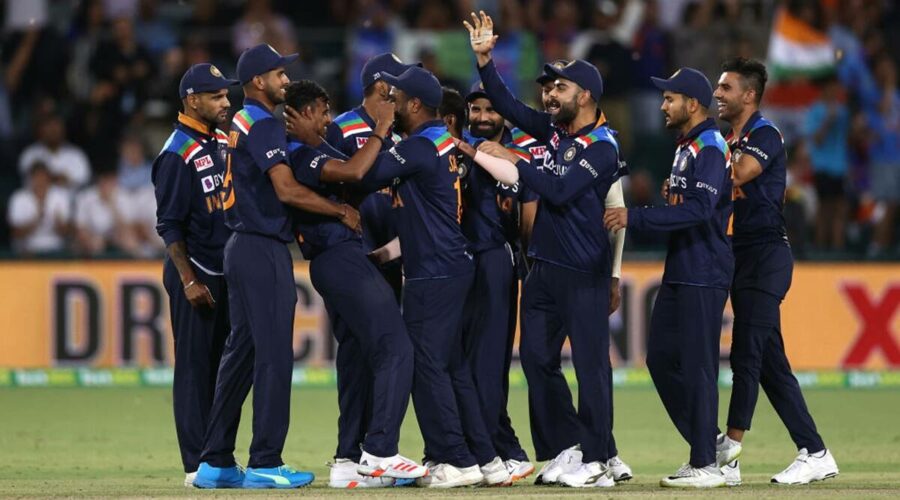 India have a deep stream of T20 players, with multiple alternatives for each spot, making the task of filtering the best from the rest for the World Cup an arduous one. 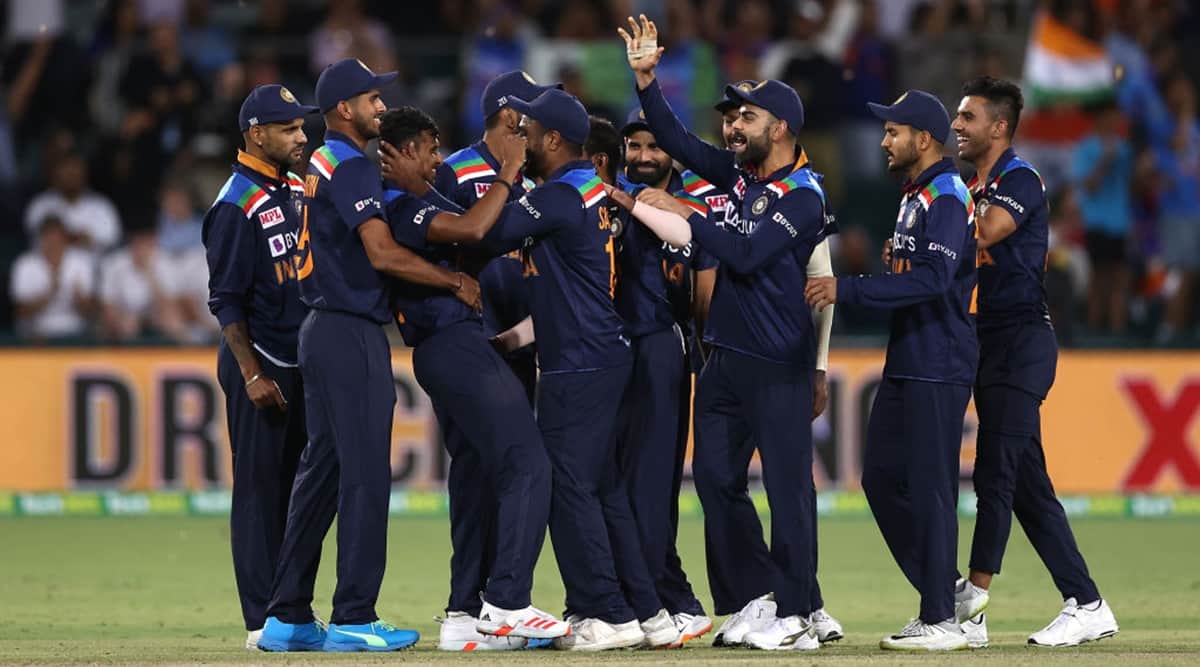 Much like the 2019 World Cup in England, India head into the World T20 with a similar quandary: Who should be the No. 4 batsman? Should they go with Shreyas Iyer or do they give last IPL’s hero Suryakumar Yadav a long rope? They could even think of going with Manish Pandey, the perpetual India fringe player with a T20 average of 45. And since IPL 14 is round the corner, what if another batsman emerges and complicates the picture further?

Putting pressure on the national selectors and team management is that the No.4 isn’t the only dilemma. So deep is India’s T20 talent pool that there are several exciting options for virtually every spot. The upcoming 5-match T20 series against England in Ahmedabad gives India an ideal preparatory ground in terms of zeroing in on the team balance, even as they build towards the marquee event, which is scheduled at home in October. Here are a few questions that the decision-makers will be hoping to answer in the days and months leading to the event.

Who will be the openers?

Rohit Sharma automatically makes the cut. According to Virat Kohli, KL Rahul will pair him with Shikhar Dhawan as the back-up opener. It’s not surprising, as over the last 18 months, Rahul has been India’s most prolific batsman in the shortest format. He was the Orange Cap holder in IPL 2020 — stacking up 670 runs from 14 games. Since July 2019, he has amassed 663 runs from 17 T20 innings, with seven 50s too, outscoring Dhawan, who could muster 359 runs from 13 innings during this period. More than the runs, it’s Rahul’s strike-rate that stands out — an impressive 140 —-which is superior to Dhawan’s not-so-flattering 120.88. Teaming up with Rohit, they score at an impressive average of over 50, while maintaining a robust run-rate of nearly 10 runs per over. Moreover, Dhawan has a tendency to use up a lot of deliveries early on, while Rahul could hit the straps straightaway. India could well learn from the 2016 World T20, wherein the openers’ relatively orthodox approach burdened Kohli.

Kohli: “KL and Rohit have been consistently performing at the top. If either of them takes rest, Shikhar is the third opener. Rohit and Rahul will start.”

How does the middle-order stack up?

The Indian captain walks in at No.3, and there’s a toss-up between two talented Mumbaikars — Shreyas Iyer and Suryakumar Yadav—at No.4.

Both have risen through the ranks through their IPL exploits. Iyer with 24 T20 matches under his belt should be the ideal candidate to follow his captain. But don’t rule out the debutant. The 30-year-old has not just worked hard on his fitness and shed 12 kg, but his scintillating stroke-play and a superior strike-rate of 145 to Iyer’s 123 in the 2020 IPL make his case compelling.

Manish Pandey, with a T20 average of 45, is another player worth considering. In recent times, he has been shuttled down the order far too often. But in his stints with Sunrisers Hyderabad, he has illustrated his value.

Kohli: “Guys who can be ‘x factors’ with the bat and do things are the need of the hour in T20 cricket. They have done so on a regular basis in the IPL so we have tried to cover all those bases. Now it will be interesting to see how they go about in these five games.”

The Hardik conundrum — will he, won’t he?

Hardik Pandya is pencilled in at the No.6 spot as the team’s finisher. But the bigger question is the status of his back injury and whether he will be fit enough to bowl four overs of seamers on a regular basis? If he does, it would give the balance it sorely lacked during the T20 series against Australia last year. With none of the top-five batsmen able to bowl on a part-time basis, India could struggle in restricting an effervescent England on featherbeds in Ahmedabad with just five bowlers. The team is still hampered by Ravindra Jadeja’s thumb injury, but Kohli has asserted that the all-rounder will walk in the day he is declared fit.

Kohli: “We need him to bowl. That’s when he becomes that one guy who brings a lot of balance for us. He himself wants to get back into the bowling space.”

Will Rishabh Pant feature in the XI?

Statistical evidence — 27 T20s at an average of 20.5 and a strike-rate of 122 — concedes the impression that he’s still a work-in-progress. However, his recent exploits with the bat and a much-improved performance behind the stumps have emboldened the team management. Pant apart, India have also inducted Ishan Kishan, who in many ways is a like-for-like replacement for Pant. Things might get complicated if Sanju Samson finally lives up to his potential and comes up with a consistent batting display.

Rohit Sharma: “Let Rishabh Pant be Rishabh Pant. He will give you those match-winning performances. We leave him alone and allow him to play with freedom, and as the team management, we are prepared to do that.”

Who could be the premier spinners?

Yuzvendra Chahal and Washington Sundar look like the main spinners. Sundar’s run-restricting prowess in the Powerplays is well known while Chahal has proved his worth in T20s as a wicket-taking bowler in the middle overs with his variation in lines – the wider-outside-off slow leg-break he bowls has trapped many in the past, and deft changes in pace.

Varun Chakravarthy is in the mix whenever he passes the fitness tests. Until then, Rahul Chahar gets a chance to grab his spot. Axar Patel too will be tried out to see if he can snatch the spin allrounder’s spot. Chakravarthy’s addition is a key indicator of Kohli’s plans.

The mystery spinner has baffled the likes of even MS Dhoni in the IPL and it seems India want to unleash him at the T20 World Cup in his first year of international cricket before batsmen begin decoding his action. Patel’s inclusion owes to his all-round ability – he has won a match with his bat in the IPL smashing Ravindra Jadeja for sixes in the last over.

Kohli on Chakravarthy: “Individuals have to understand the system that has been created for the team. You have to operate at very high levels of fitness. You’d expect players to abide by what’s required for the team. There are no compromises.”

Can R Ashwin make a return to white-ball cricket?

Kohli hinted that the door is not shut on him, he remains part of Plan B, in case Washington Sundar loses form. Last IPL, Ashwin showed his worth by taking out top batsmen including Rohit, Chris Gayle, and Kohli. He troubled batsmen even when they tried to see him off – not something that can be said about the other Indian spinners in the squad. Besides, he is at the top of his art and could to bowl at the start, middle or at the death and pick wickets.

Kohli: “Washington has been doing really well, so you can’t have two similar players. Unless Washington has a horribly bad season, I don’t see it… you have to have some logic when asking the question, you tell me where would you fit in Ash.”

What will be the composition of the pace attack?

Jasprit Bumrah is, without doubt, the leader. Mohammed Shami has not achieved full fitness. Then, there are the likes of Shardul Thakur, Navdeep Saini and T Natarajan to choose from. It will also be interesting to see how Bhuvneshwar Kumar performs. The Meerut pacer returns after a leg injury in IPL 2020 had ruled him out of international cricket. And at his very best, he is an ideal ally to Bumrah.

Kohli on Kumar: “Bhuvneshwar is shaping up really well. He has worked really well to get back to full fitness and look he is a smart operator, we have seen that in the past. He continues to bring that experience, which is vital for us. He has a clear understanding of what he wants to do going forward.”

03/12/2021 Sport Comments Off on Eye on England, mind on World conquest: India gear up for T20I series at Motera
India