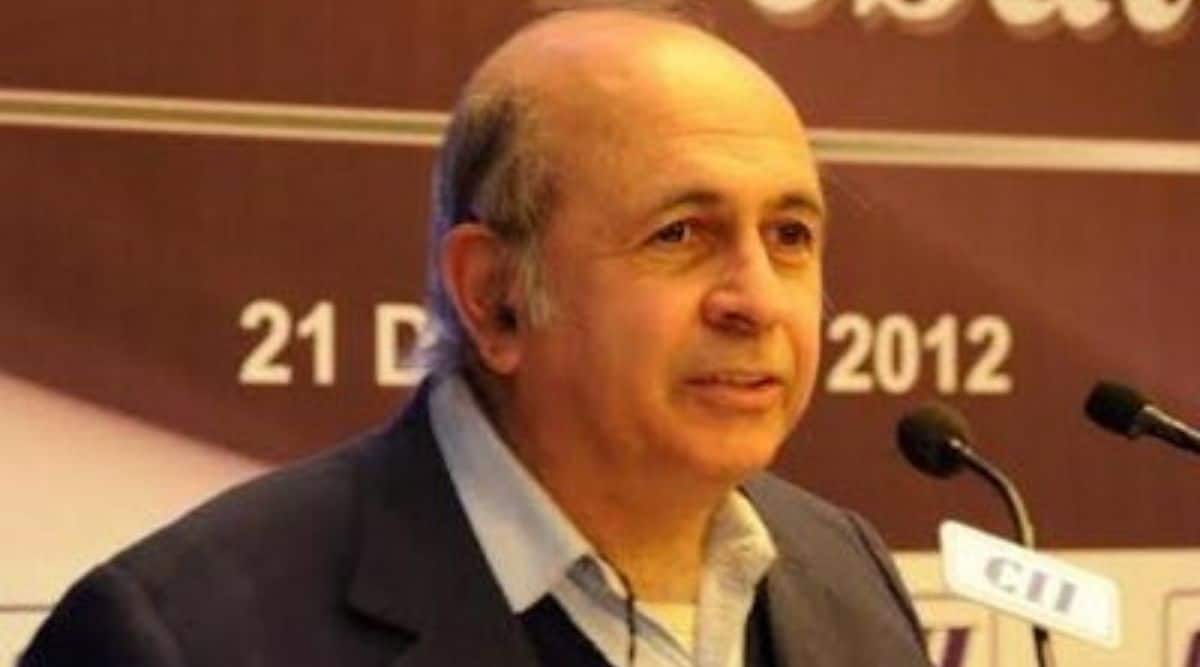 On a pleasant October afternoon in 2016, after describing play-by-play a Karnataka team’s win by a dozen or so goals over a side from Gujarat in the Subroto Cup, Novy Kapadia switched seamlessly, and with the same passion, about a Champions League game involving Borussia Monchengladbach and Barcelona that had taken place a few nights before. And just like that, he switched back to the Subroto Cup.

That was quintessential Kapadia – he shared the same level of knowledge and enthusiasm for a local league match in Delhi to the world’s toughest club competition.

A football encyclopedia, Kapadia passed away in New Delhi on Thursday due to health complications. He was 68. A journalist, author and noted commentator, Kapadia was suffering from a motor neurone disease, which causes the nerves in the spine and brain to lose function over time. He had been bedridden for a better part of the last two years and on a ventilator for the past one month.

Kapadia taught English at Delhi University’s Khalsa College for 41 years, but he dedicated his life to football and the Ambedkar Stadium, earlier called Delhi Gate Stadium, became his second home.

In his recent book – From Barefoot to Boots, an exemplary work tracing Indian football over the years – Kapadia wrote he started following the game from his school days and even snuck out of his grandmother’s funeral in December 1965 to watch Mohun Bagan play the Durand Cup quarterfinal against Chief of Inspectorate Lines Bangalore.

Later, after he returned home, he narrated the entire match to his family. “Although I did not realise it back then, I had probably taken my first steps in the journey towards becoming a football writer and commentator,” he had written.

That journey lasted more than five decades as Kapadia became the voice of Indian football and one of the few links to the past. His friend and colleague Ghaus Mohammad said Kapadia would religiously collect the Durand Cup souvenirs, which had results and reports of all domestic matches, and maintain a record in his diary.

Kapadia had watched the final of every Durand Cup from 1960 to 2016. “And he made sure that every souvenir was collected so he could update his records. That’s how meticulous he was,” Mohammad said. “Those days, the only way to keep abreast of football action outside our city was through these magazines.”

Kapadia also owned a football club, Ashoka, which played in the Delhi league. Veteran journalist Jaydeep Basu said he was one of the main persons responsible to get the local league back on track after it had stopped for close to a decade due to internal wrangling. “He was more than a journalist. He came from a well-read family, was a St Stephen College pass out, took so much interest in local football… we wondered, football journalists can be like these too!” Basu said.

Over the years, the interest in Indian football nosedived but Kapadia’s enthusiasm remained undiminished. “Even when the entire world stopped caring about Indian football, he didn’t stop,” Mohammad said. “The way he wrote and spoke, it was in a very educating manner. The younger generation would always learn something. He never tried to impress, just tried to tell (the story) as is.”

Kapadia covered nine football World Cups and went on to author several books, most of them on Indian football, making him an authority on the subject. “He could generate his passion for Indian and local football among others,” Basu said. “That’s his biggest contribution.”

11/18/2021 Sport Comments Off on ‘Even when the world stopped caring about Indian football, Novy Kapadia didn’t’
India