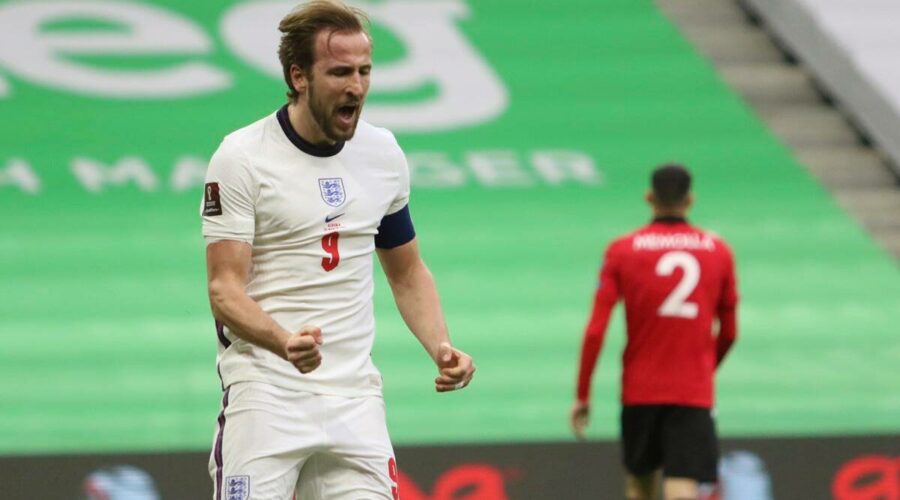 All of the continent’s heavyweight countries secured victories, though Spain left it late. World Cup qualifying in Europe took a quirky turn when the goalposts were removed before a match between Switzerland and Lithuania because they were deemed the incorrect size.

It was one of the few things that didn’t go to script on Sunday.

All of the continent’s heavyweight countries secured victories, though Spain left it late — the second minute of stoppage time, to be precise — to see off Georgia 2-1 after falling behind.

Like Spain, France started its qualification campaign with an unexpected draw at home but also got back on track in its second game, easing to a 2-0 win at Kazakhstan.

Italy stretched its unbeaten streak to 24 games with a 2-0 win in Bulgaria, and England also moved onto a maximum six points in group play with a 2-0 victory at Albania. Germany made it two straight wins to open qualifying, too, by beating Romania 1-0 away.

Meanwhile, Denmark became the latest European team to use the World Cup qualifiers to direct attention to workers’ rights in 2022 host Qatar. Its players wore red T-shirts with the slogan “Football supports change” for the team photo before kickoff against Moldova, which Denmark went on to beat 8-0.

The Danish soccer federation said the shirts will be signed and auctioned to raise money for projects with Amnesty International that help migrant workers in Qatar.

Dani Olmo came off the bench to snatch a come-from-behind win for Spain, his long-range shot getting palmed into the top corner of the net by flailing Georgia goalkeeper Giorgi Loria.

Ferran Torres’ fifth goal in six starts gave Spain, the 2010 world champion, the equalizer in the 55th after Georgia went ahead a minute before halftime.

Sweden looks like being Spain’s biggest challenger in Group B for the one automatic qualifying place after sealing a second straight win by beating Kosovo 3-0.

Zlatan Ibrahimovic, freshly out of international retirement, had a hand in two of the goals having also claimed an assist on his first game back, the 1-0 win over Georgia on Thursday.

Spain started out by drawing 1-1 with Greece.

A missed penalty by Kylian Mbappe had little effect for France in its comfortable win in Kazakhstan.

The world champions were already two goals ahead by then, through Ousmane Dembele — one of a raft of changes by Didier Deschamps — and an own-goal by Sergey Malyy in the first half.

Mbappe came on after Anthony Martial appeared to hurt his knee getting his studs caught in the synthetic turf at Astana Stadium, and the Paris Saint-Germain star won the penalty himself — only to see his shot tipped around the post.

Ukraine and Finland drew 1-1 and have two points each to sit behind France in Group D.

England plays Poland in a key Group I qualifier at Wembley Stadium on Wednesday and both of their world-class strikers look in good shape for it.

Bayern Munich striker Robert Lewandowski scored for a 10th straight game for club and country, netting a double in Poland’s 3-0 win over Andorra. The Poles opened by drawing with Hungary.

Harry Kane scored one goal and set up another for Mason Mount in England’s 2-0 win in Albania, which built on the 5-0 thrashing of San Marino on Thursday.

England leads the group with six points. Hungary is level with Poland on four points after beating San Marino 3-0.

Goals from Andrea Belotti, from the penalty spot, and Manuel Locatelli, the first for his country, followed up a victory over Northern Ireland on Thursday.

Switzerland is only behind Italy on goal difference after its 1-0 win over Lithuania, secured by an early goal from Liverpool winger Xherdan Shaqiri. The start of the game was delayed by 10 minutes because one of the goals was not regulation size and had to be changed.

The Germans are rebuilding after a 6-0 Nations League loss to Spain in November.

Armenia is also on six points after beating Iceland 2-0, while North Macedonia cruised to a 5-0 win over Liechtenstein for its first points of qualifying.

Denmark earned its biggest win in a World Cup or European Championship qualifier.

Kasper Dolberg and Mikkel Damsgaard both scored twice in Herning for the Danes, who were 5-0 up after 39 minutes.

Denmark is the only team in Group F with six points. Austria is two back after coming from behind to beat the Faroe Islands 3-1, while Israel and Scotland drew 1-1.