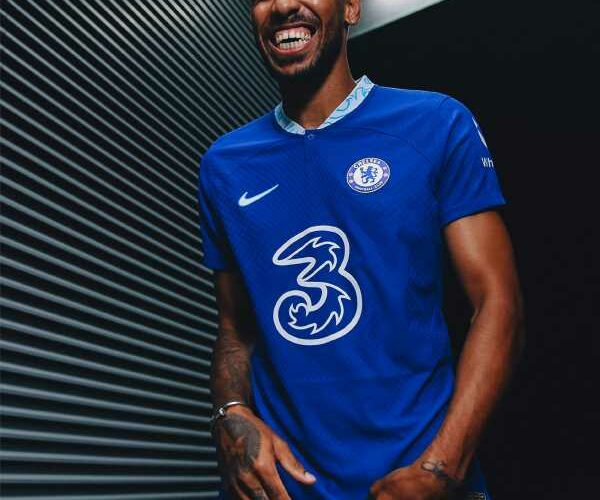 Nottingham Forest manager Steve Cooper said on Thursday he was looking forward to the transfer window shutting, presumably so he could head home to sit in a dark room.

Nottingham Forest returned to the Premier League following a 23-year absence and, judging by their summer shopping spree, they look determined to stay in the top flight after bringing in an English record 21 players in a single transfer window.

On Thursday’s transfer deadline day, the newly promoted side completed deals for Wolverhampton Wanderers centre back Willy Boly, Blackpool winger Josh Bowler – who was loaned to Greek side Olympiakos – and defender Loic Bade on loan from Rennes.

The previous English record for the most signings in one transfer window was Crystal Palace’s 17 in the summer of 2013, according to specialist website Transfermarkt.

Forest, who earned promotion through the Championship playoffs, have spent close to 150 million pounds ($173 million) rebuilding a team ravaged by the departures of five players on free transfers as well as five on-loan players.The East Midlands club smashed their transfer record to sign midfielder Morgan Gibbs-White for a reported initial fee of 25 million pounds, while also spending big to sign striker Taiwo Awoniyi and defender Neco Williams for 18 million pounds each.

Among other high-profile arrivals are England international Jesse Lingard, who joined on a free transfer, with goalkeeper Dean Henderson and left back Renan Lodi arriving on loan from Manchester United and Atletico Madrid, respectively.

Under manager Steve Cooper, Forest have taken four points from their opening five games and sit 15th in the league standings ahead of Saturday’s trip to Everton.
Forest’s risky approach has been a curious sub-plot to a summer splurge of Premier League deals kick-started by champions Manchester City signing Erling Haaland from Borussia Dortmund for an initial 54 million pounds.

Three months later it is fair to say the Norway striker has bounded through the transfer window like a marauding Viking, laying waste to defences up and down the country.

With nine goals in five league games he is already looking great value for City — a club in the enviable position of slotting marquee signings into a squad oozing with quality.

For some of the other 19 Premier League clubs, the window has been fruitful but for others the complexities of the market kept them on tenterhooks until the window closed on Thursday.

While Forest’s business looked like a manic supermarket sweep, Arsenal have been more selective.

Gabriel Jesus and Oleksandr Zinchenko — both jettisoned by Manchester City — were snapped up early and have contributed to Arsenal’s perfect start with Jesus, signed for 48 million pounds, already with three goals and three assists to his name.

For Manchester United, the transfer window initially only heightened a sense of crisis consuming Old Trafford.

But the window eventually provided some comfort with Casemiro arriving from Real Madrid for 63.5 million pounds to beef up United’s flimsy midfield and right winger Antony joining from Ajax Amsterdam for 85 million pounds — a deadline day record.

However unpopular the Glazer family are as United’s owners, they continue to bankroll their managers.

Chelsea have topped the spending list with United not far behind, but West Ham United’s business epitomises the TV riches which give all Premier League clubs spending power that only the elite teams in Spain or Germany can dream of.

As ever, fans could be excused for scratching their heads at some of the movements.

Chelsea let Romelu Lukaku go on loan to Inter Milan, a year after paying Inter 115 million pounds for the Belgium striker, and also sold Germany’s Timo Werner back to RB Leipzig for 20 million euros ($19.89 million) less than they paid for him.

Then the Blues ended the window with a mad scramble to sign another striker, with 33-year-old former Arsenal forward Pierre-Emerick Aubameyang close to arriving from Barcelona as they worked late into the night to complete the deal.

While Haaland’s explosive start has instantly justified his fee, other big name signings have made a different impact.

One thing is for sure, the cost of living crisis facing millions of Britons has not infiltrated the Premier League.

Even before Thursday’s frenzy, around 1.7 billion pounds had been spent by the 20 top-flight clubs — smashing the record 1.43 billion of 2017 and more money than was spent in last season’s two windows combined.

Five transfers clubs should have made but didn’t:

4. Leicester City: Buying a new striker to take the load off Jamie Vardy