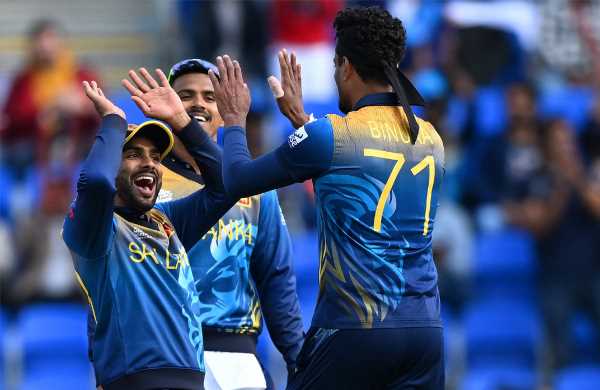 Sri Lanka’s hopes of reaching the T20 World Cup semi-finals suffered a major blow with Tuesday’s defeat by Australia but coach Chris Silverwood remains optimistic the former champions can make it out of the group stage.

Rubbing salt into Sri Lankan wounds, seamer Binura Fernando was unable to complete the opening over and left the field with a hamstring issue.

“I truly believe that we can not only challenge in this group but come out victorious, as well,” Silverwood told reporters after their seven-wicket defeat by the defending champions.

Sri Lanka, who beat Ireland in their Super 12 opener, are still to face former champions England and last year’s runners-up New Zealand as they look to secure one of the top two spots in the group.

With the Black Caps up next on Saturday, Silverwood has decisions to make over a pace attack that had already lost Dilshan Madushanka and Dushmantha Chameera to injury before the Fernando setback.

“Obviously we’re having a bit of bad luck around injuries at the moment, especially in the pace stock,” former England coach Silverwood said.

“We’ll obviously assess him (Fernando). The physio is working with him now and the doctor, so we’ll find out exactly the extent of injury to start with and we’ll have to make some decisions from there.”