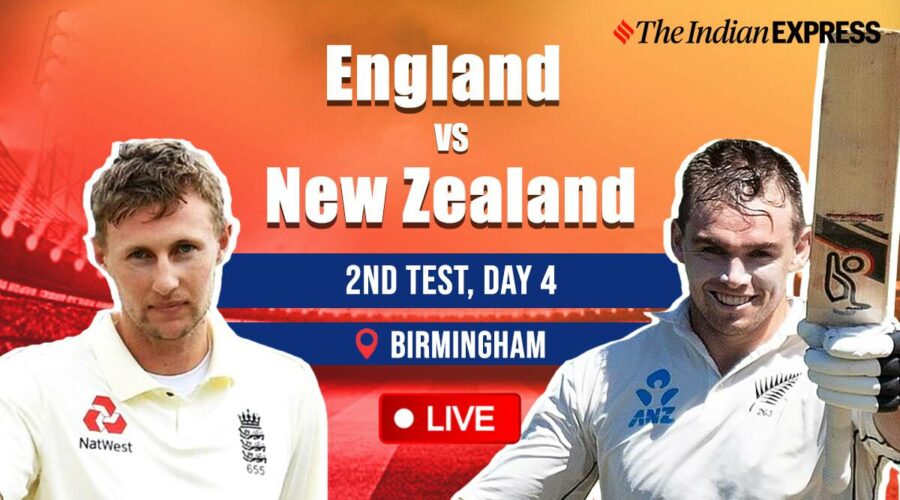 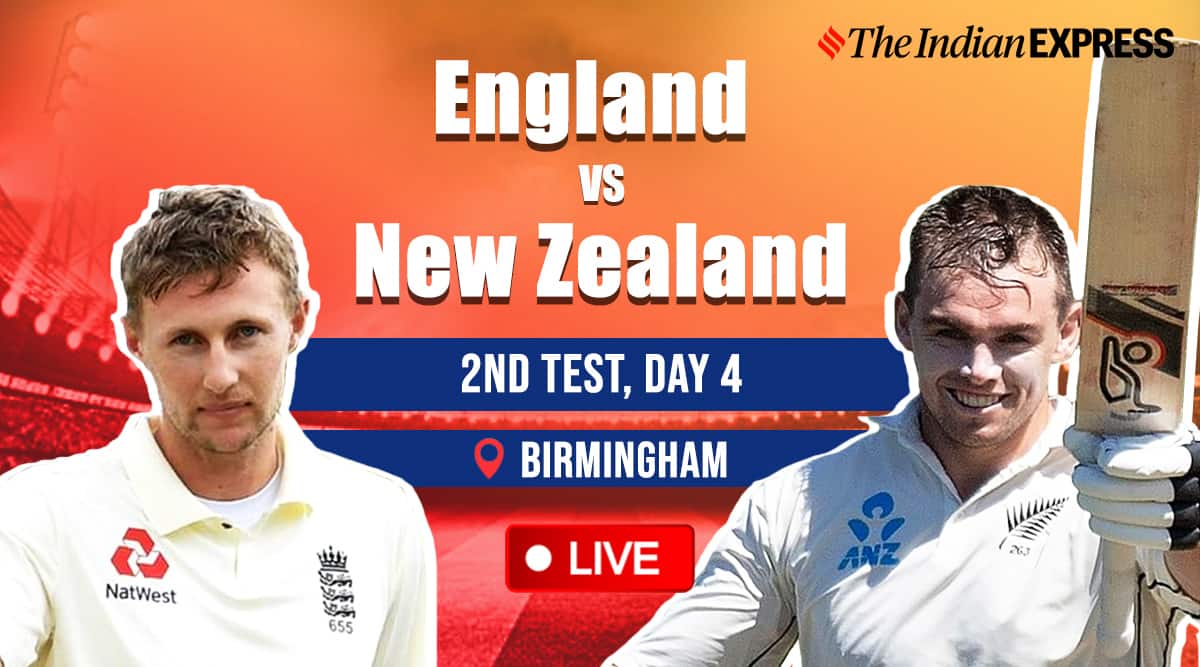 England New Zealand 2nd Test Day 4 Live Cricket Score Updates: New Zealand are within the grasp of a first test series win in England since 1999 after the home side collapsed in its second innings to 122/9 at Edgbaston on Saturday.

England was only 37 runs ahead at stumps with tailenders Olly Stone, 15 not out, and last man James Anderson, yet to score, in the middle.

Sunday will mark the fourth morning of the second test when New Zealand should achieve the milestone win and a 1-0 series triumph. It will also give the Kiwis an extra day of rest before the world test championship final against India starting on Thursday.

Good line to Latham early on from James Anderson. Latham, who has captained so well in Williamson’s absence, will want to be there in 38 runs time to guide NZ home. Anderson, as true to his outstanding test career, will just want to give absolutely nothing away & take wickets.

First ball and he is out! Caught by Tom Blundell!! Well, well, well! One ball, just one ball is all it needed for Boult to wrap this up. Short of length delivery angled across the right hander, Stone cannot help but have a nibble at that, the ball kisses the shoulder of the bat and carries at a nice height for Blundell. New Zealand need 38 runs to win the series.

So on Day 3 of the Edgbaston Test saw New Zealand at the cusp of a historic victory! With 1 wicket in hand, England lead by just 37. The hosts have been unbeaten in the Test series at home since 2014. Good momentum for Kiwis ahead of the WTC final!! Stay tuned as we build up to live action.