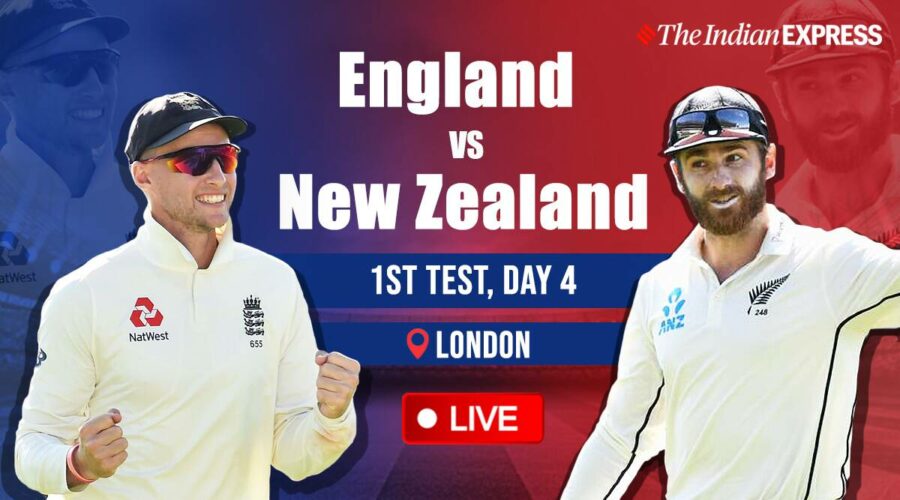 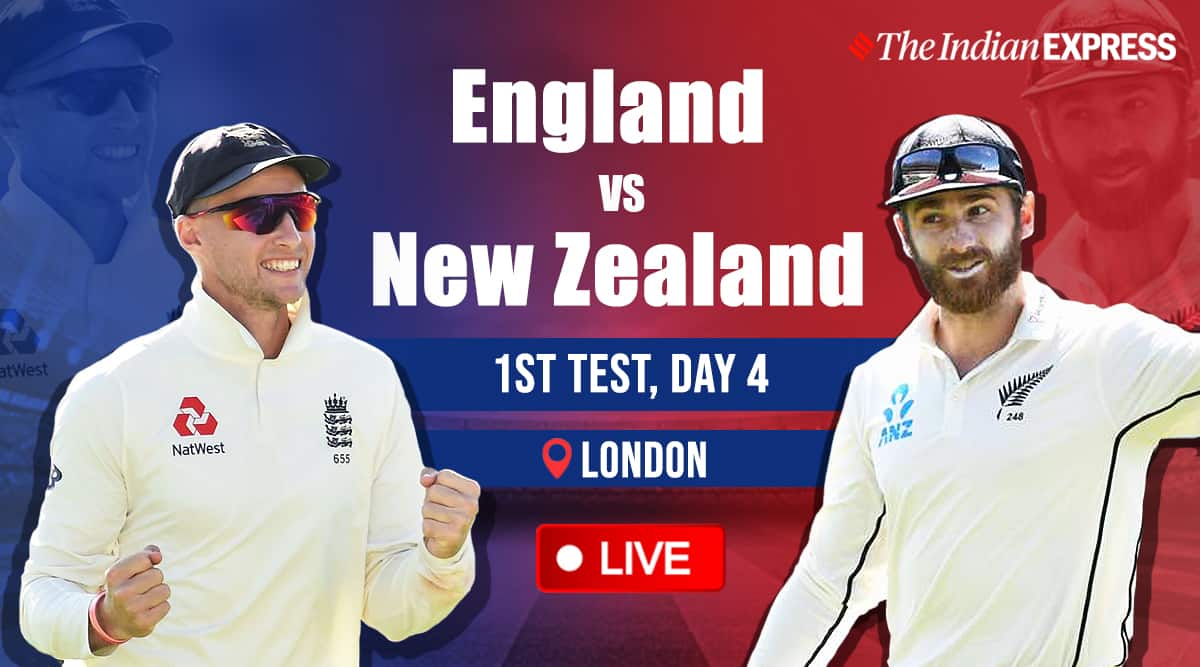 England vs New Zealand (ENG vs NZ) 1st Test Live Cricket Score Updates: Day 4 of the first Test between England and New Zealand will resume from the point Day 2 ended. England opener Rory Burns is unbeaten on 59 and captain Joe Root on 42 not out after the hosts reached stumps Thursday on 111-2 in the first innings. The third day was a washout at Lord’s on Friday, increasing the likelihood of a draw.

The pair came together at the home of cricket with England in trouble on 18-2 in reply to New Zealand’s 378 that was anchored by Devon Conway’s 200 on his Test debut. Burns and Root were denied the chance to take the field on Friday morning by the weather, with steady rainfall continuing well into the afternoon and leading to any prospect of play being abandoned at 4:30 pm local time. A total of 98 overs can be bowled on Saturday when the forecast is better with the eight extra overs to be added at the end of the day.

Pope gets into the groove. An edged four against Jamieson is followed by two commanding drives down the ground against Southee. Clips off his pads for another four. The ball is racing to the fence from Pope’s bat. He is dealing in boundaries or shouldering of the arms.

The first runs of the day come with a boundary! Ollie Pope gets a hard outside edge that goes past the slips for four. It’s all pressure on England in the early minutes of this morning session.

New Zealand have struck with the first ball of the day. That’s not very guest-like behaviour from them. Home team captain Joe Root grumbles back to the pavilion, having edged Jamieson through to Ross Taylor in the slips.