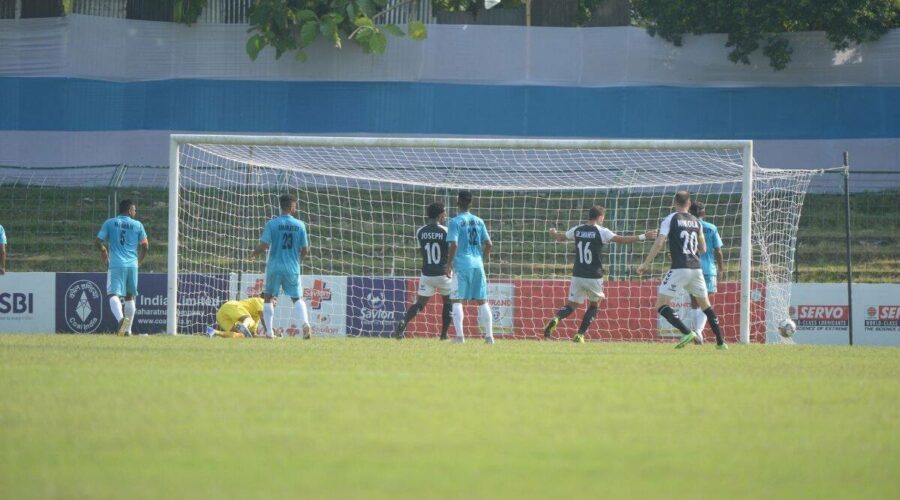 MDSP manager Andrey Chernyshov said after the game, “It was not an easy game as the scoreline suggests. They played well and had their chances in the first half but we came back strong in the second half and I have thanked the boys for a great result in the end.” 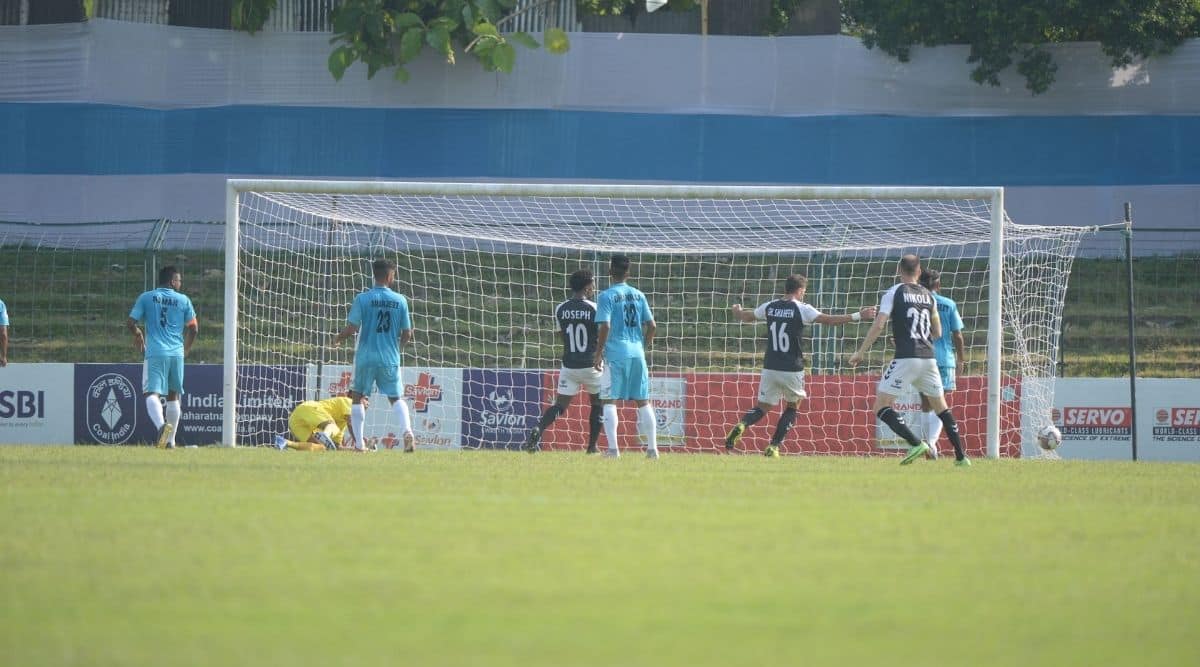 Two-time champions Mohammedan Sporting (MDSP) club of Kolkata, overwhelmed Central Reserve Police Force (CRPF) 5-1 in a Group A encounter at the Kalyani Stadium on Friday. Azharuddin Mallick gave the Black and White’s an early lead in the first-half and then scored a second minutes from close while Trinidadian striker Marcus Joseph, last edition’s top scorer, got two in two minutes in the second, to ensure a smooth passage for their team into the quarter-finals. Dashpreet got one back for the Central Reserve Policemen in added time while substitute Brandon added a fifth for MDSP a minute later.

FC Bengaluru United (FCBU) were the first team from the group to qualify for the knockouts when they beat Indian Air Force 4-2 at the same venue on Thursday, to log six points from two games. MDSP did the same on Friday, after having won 4-1 against the Airmen in the tournament opener. Both teams clash in their third and final game, now crucial to determine group standings, in Kalyani again, come Tuesday.

CRPF did give a good account of themselves yet again, creating several chances but could not convert any of them. Their coach Dayal Singh Bhati said after the game, “We can divide the game into two halves. In the first half, we gave it our all, created chances but could not convert. In the second, they played better and our team collapsed in the end. But I am happy and proud at the way my boys performed.”

Central defender Amarjeet Singh could have put his team ahead in the first minute itself having found space inside the box to shoot, but could not hit the target.
In the 13th minute however, Faisal took a corner for MDSP and played it short just outside the box, got it back to drive in and cross low for Azharuddin Mallick, who deflected it past the keeper from the near post.

MDSP took that one goal lead into the break although CRPF could have almost equalised minutes before the half-time whistle when midfielder Rajinder Kumar executed a spectacular bicycle-kick from inside the box. It was headed for goal but was cleared in time by the MDSP defense.

After the break, Dashpreet, the star of CRPF’s first game and who had a relatively quiet game on the day, unleashed a pile driver in the 58th minute, which was parried away by the keeper and then came off the crossbar.

It was then left to Marcus to seal the deal for MDSP and he did it in style, scoring two in two minutes. Azhar then added a fourth, four minutes from regulation time.
It was to be a goalfest though and Dashpreet finally got on the scoreboard, tapping one in from a melee inside the MDSP six-yard box and substitute Brandon then added a fifth for MDSP and the second of the game in injury time.

Azharuddin Mallick for his two goals and an assist deservedly got the Man of the Match award.

MDSP’s Russian Team Manager Andrey Chernyshov said after the game, “It was not an easy game as the scoreline suggests. They played well and had their chances in the first half but we came back strong in the second half and I have thanked the boys for a great result in the end.”

Azhar Mallick said there would be no let-up in the final group game against FCBU commenting, “We are happy to have scored nine in two games and concede only two. However, we take it match by match and we will go all out for a win in the final game as well.”

In a Group B game on Friday, played at the Mohun Bagan ground, Army Green Football Team defeated Jamshedpur FC 3-1 to earn three valuable points and keep their hopes alive. Deepak Singh scored a brace while Sochin Chhetri netted in the third. Jitendra Singh pulled one back for the ISL outfit from the spot in the 61st minute.

Deepak Singh, who was adjudged the Man of the Match expressed his delight on winning the match and said, “It feels really good. We had a lot of chances in the last game as well but could not convert. Today, we had planned and played well. We will prepare more for the next match as it will be a crucial game for us which we will need to win to qualify.”

The only game on Saturday is scheduled between ISL side Kerala Blasters Football Club and the Indian Navy Football Team. It promises to be a pulsating Group C encounter, given a win or draw by the Navy could see it through to the knockouts. The match will be played at the Vivekananda Yubabharati Krirangan (VYBK).

09/10/2021 Sport Comments Off on Durand Cup: Mohammedan Sporting overwhelm CRPF to storm through to quarters
India