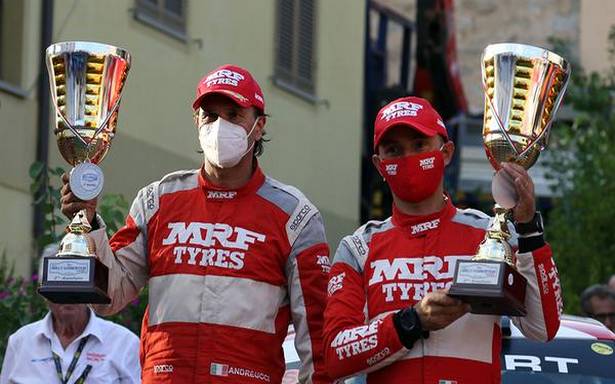 Team MRF Tyres secured a double podium finish in the Italian Gravel Rally Championship (CIRT) at the Rally dei Nuraghi e del Vermentino. The fifth round of the CIRT saw seven stages and 68.08km of competitive action in which the team of Paolo Andreucci and Rudy Briani finished second in their Skoda Fabia Rally2 Evo while the team of Simone Campedelli and Gianfrancesco Rappa, in their VW Polo GTi R5 came home third.

The team of Tamara Molinaro and Piercarlo Capolongo in their Citroen C3 Rally2 meanwhile clinched the Female Championship with one round to spare after securing a top ten finish in the rally and fourth position in the under-25 category.