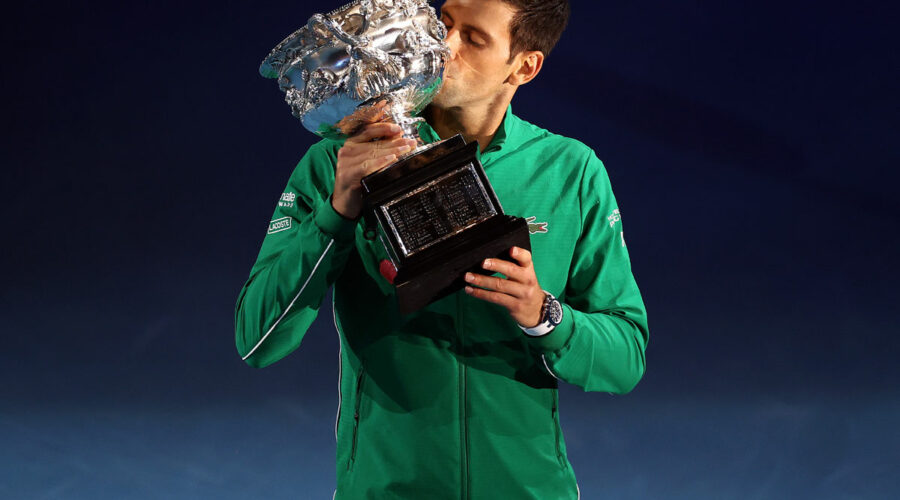 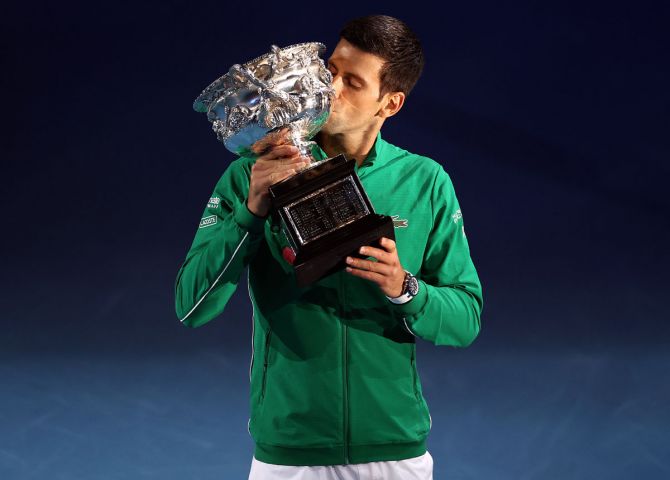 No man has dominated the Australian Open like Novak Djokovic but the steely Serb’s reign over the blue hardcourts of Melbourne Park may be set for its biggest challenge in years when the tournament gets underway next week.

Bidding for a record-extending ninth Australian Open title, the world number one and double-defending champion remains the runaway favourite at his favourite Grand Slam where he once remarked that he felt touched by the “divine”.

Yet, for once, Djokovic may hear the rumbling of hooves as the likes of Austrian Dominic Thiem and Germany’s Alexander Zverev look to storm the fortress.

Djokovic won his eighth Australian Open title last year and finished the COVID-19 pandemic-blighted 2020 season with the top ranking for a sixth year.

But it was a tumultuous season for the 33-year-old as he suffered a slew of setbacks on and off the court.

Disqualified from the US Open for accidentally hitting a ball into a line judge, Djokovic was thrashed by Rafael Nadal in the French Open final and bundled out of the ATP Finals in the last four by Thiem.

He now heads into the Australian Open with his cloak of invincibility frayed and with younger rivals smelling blood.

“He might not be able to necessarily trust his form,” three-time Australian Open champion Mats Wilander told Reuters.

“It’s been a year (since he won his last Grand Slam) and you can’t just dig back to the other eight times you won it,”

Djokovic faces French veteran Jeremy Chardy in the first round, a man he holds a 13-0 winning record over, but could face a tricky fourth round clash with Stan Wawrinka, the Swiss bogeyman who beat him in two Grand Slam finals and a classic quarter-final at the 2014 Australian Open.

Leaving aside pride and the A$2.75 million ($2.09 million) winner’s cheque, there is plenty at stake for the Serbian.

An 18th Grand Slam title, meanwhile, would bring him within two of Federer and Nadal’s shared record of 20.

Yet the Grand Slam club is no longer just a “Big Three” affair, with Thiem having muscled in at the US Open last year.

The 27-year-old Austrian pushed Djokovic to five sets in last year’s Australian Open final and may have less respect for the Serbian after toppling him at the ATP Finals.

World number three Thiem, who meets Kazakh Mikhail Kukushkin in the first round, certainly has little fear of Nadal, having beaten the Spaniard in last year’s Australian Open quarter-finals and in straight sets at the season-ending ATP Finals.

Barring a first-round shock in 2016, Nadal, who plays Serbian Laslo Djere first up, has reached the Australian Open quarter-finals every time he has appeared since 2007 but the Spaniard has been unable to add to his sole 2009 championship.

Victory would secure the outright Grand Slam record of 21 titles but a sore back has clouded his preparations, and he has not beaten Djokovic on a hardcourt in over seven years.

Federer’s absence and Nadal’s struggles have only fuelled impressions that the old guard are on borrowed time. The next generation, however, feel their time has come.

Zverev and Russian world number four Daniil Medvedev, who won the ATP Finals last year, are two of the young upstarts snapping at the heels of Djokovic and Nadal.

Having each fallen short in a US Open final, they will be desperate to go one better in Melbourne and finally take a seat at the Grand Slam table.