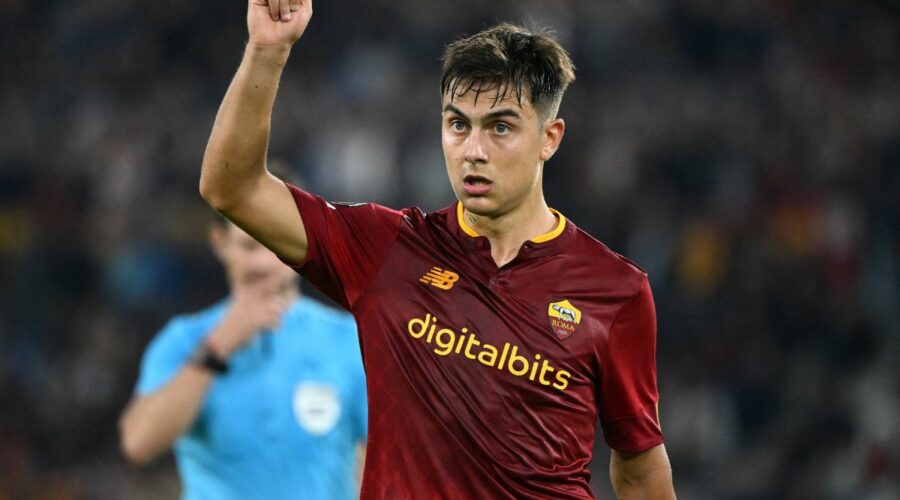 Injuries continue to mount in Serie A, with Juventus forward Angel Di Maria and AS Roma striker Paulo Dybala becoming the latest big-name players to be ruled out as clubs battle with a packed fixture schedule.

Like other European leagues, Serie A has had to condense its schedule by shutting down for the Qatar World Cup, which begins on Nov. 20, and AC Milan manager Stefano Pioli said muscle injuries had risen by 20% because of the extra pressure.

Some clubs have been hit worse than others.

Table-toppers Napoli, barely affected by injuries, have won five league matches in a row to extend their unbeaten run since the start of the season in both Serie A and the Champions League.

Luciano Spalletti’s side will host Bologna on Sunday after moving to the Champions League knockout stages with two games to spare after another comfortable 4-2 win over Ajax Amsterdam on Tuesday.

Juventus, however, have been hit hard. Midfielder Paul Pogba and forward Federico Chiesa are nearing a return, but Di Maria’s latest injury still comes at a bad time for Juve, who are eighth in the table with just 13 points, 10 behind leaders Napoli, after a 2-0 loss at AC Milan on Saturday.

Di Maria went off with a hamstring injury as Juve touched a new low in a 2-0 Champions League loss at Maccabi Haifa on Tuesday.

The defeat heaped more pressure on manager Massimiliano Allegri, who ruled out stepping down, ahead of their Serie A derby clash with 10th-placed Torino on Saturday.

Roma are sixth in the table and four points behind Napoli, but Dybala’s injury could also deal a huge blow to Jose Mourinho’s side as they travel to bottom-placed Sampdoria on Monday.

The Argentina international has scored five goals and made two assists in eight league appearances since joining Roma from Juve in the close season.

Milan also have a long list of injured players, four of whom, captain Davide Calabria, Alexis Saelemaekers, Zlatan Ibrahimovic, and Alessandro Florenzi are not expected to return until next year.

Tuesday’s 2-0 Champions League defeat to Chelsea, their second loss to the London side in a week, has dampened the mood as Pioli’s team travel to 18th-placed Hellas Verona on Sunday.

Inter Milan might have some good news in the form of forward Romelu Lukaku, who could recover in time for Sunday’s clash with 11th-placed Salernitana, as Simone Inzaghi’s side, who are seventh, look to climb the table.

Bergamo-based Atalanta, who are second in the table and trail Napoli by two points, host ninth-placed Sassuolo on Saturday while third-placed Lazio host fourth-placed Udinese on Sunday.

11/06/2022 Sport Comments Off on Di Maria, Dybala latest to be injuriy hit in Lega Serie A
India