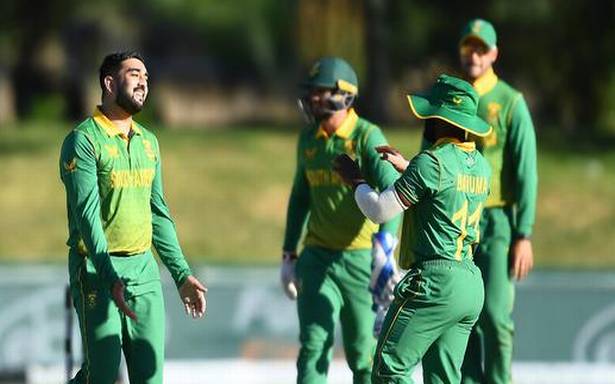 According to the south-paw, he was “happy” that he did well in the game.

India opener Shikhar Dhawan on Wednesday, January 19, 2022 rued the middle-order collapse after the team’s loss to South Africa in the first ODI.

“We had a good start and I feel the wicket was slow, it was offering a bit of turn as well. So, when you are chasing (around) 300 runs, when the middle-order comes to bat, it is not easy to play shots.

"Our wickets fell in a heap and that had an impact on us as a batting unit,” Dhawan said at the virtual post-match press conference after his team suffered a 31-run loss.

India’s inexplicable middle-order collapse ensured that fine half-centuries from Dhawan and Virat Kohli did not count for much.

Asked what was the turning point of the game, he said, “I feel both the South African batsmen (batters) batted quite well and they took the innings quite deep.” According to the south-paw, he was “happy” that he did well in the game.

“Yes, the plan was to play on merit in the beginning and it was a sort of wicket that we get back home. I was carrying forward my flow, but when the wickets fell, it was in my mind to stitch a big partnership.

"It wasn’t easy for the new batsmen to make runs, the plan of the set batsmen was to take it deep, but unfortunately I got out, didn’t expect the turn, but yes that happens,” Dhawan, one of the senior players, added. PTI NRB Asked how he puts all the negativity behind after setbacks, Dhawan quipped, “I don’t listen to the media or don’t read newspapers or watch news, that way I don’t take all that information. I have full confidence in myself that what my game is and I stay quite calm. Ups and downs are part of life.”