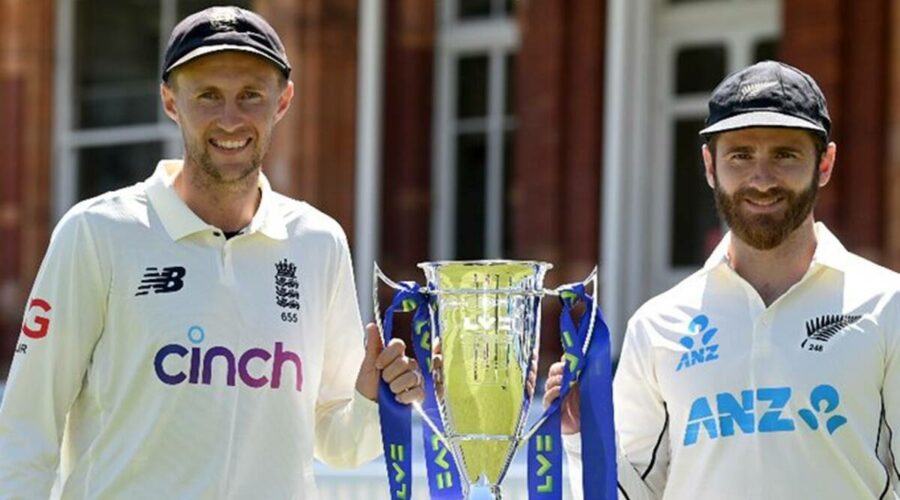 They will need to play a stellar role in unison if New Zealand have to notch up their first win at Lord’s in 22 years. Sometime last month when Rachin Ravindra was sequestered in a five-star hotel room overlooking Southampton’s Ageas Bowl, he took refuge in his Playstation console to indulge in a bit of gaming, namely Call of Duty, Fifa and NBA 2K.

Ravindra’s captain Kane Williamson spent the bulk of his time in isolation on the balcony, waving to teammates. Opener Will Young didn’t know what to expect when he embarked on a six-hour drive from Durham to the south coast venue, where the New Zealand squad was stationed at the start of their England tour which also includes the World Test Championship final against India.

Young was summoned by head coach Gary Stead following his twin centuries for Durham in the ongoing English county championship, which showcased his technical acumen in handling the Dukes ball.

Young was pleasantly surprised upon reaching his hotel room. “I’ve got a lovely view out my window of the Ageas Bowl and I stepped out onto my balcony and was greeted by everyone else. I’ve got Doug Bracewell next to me, Ajaz Patel on the other side and the rest of the boys are all sort of arced around,” he told The New Zealand Herald.

For 37-year-old Ross Taylor, a 105-Test veteran, it’s the endless supplies of peanut butter and coffee that has not only helped pass his time in isolation, but also lifted his spirits.

When left-arm pacer Trent Boult, who was holed up in an Auckland hotel, was asked about his limited bowling time ahead of the England tour, he would remark in jest: “It’s pretty hard to flip the mattress up against the wall in the hotel in Ellerslie.”

Not everyone is seeing the funny side to these stringent isolation protocols. During a virtual interaction with the media, Kyle Jamieson, New Zealand’s latest pace sensation, lamented: “We are all getting itchy feet being stuck in the hotel and training indoors.”

Jamieson and Ravindra are among a host of international cricketers getting accustomed to hotel-room isolation in Covid times.

The raging pandemic has meant that the New Zealand team has had to follow strict protocols, which include pre-departure vaccinations, regular health check-ups and Covid tests. The tight bio-bubble is not the only restriction that has left the visitors short of practice. Persistent rains have robbed them of much-needed training time, making it a far-from- ideal build-up for New Zealand as they begin their first full-fledged England tour in six years.

With just a two-day (three-day match that was reduced to two due to rain) intra-squad match behind them, Williamson’s team arrives at the hallowed turf at Lord’s for the opening Test against England on Wednesday, with little preparation.

Despite these hurdles, the Kiwi skipper insisted that excitement is high amongst his teammates as they are relishing the prospect of playing Test cricket in England.

“We are all pretty much on the same side of the hotel so we’re able to catch up a little bit with one another on our different balconies. For a number of guys, it’s their first time in the bubble, while others have done it a few times, so that can be quite helpful,” Williamson said during a media interaction, before adding: “But there’s a lot of excitement. Just being over here to play Test cricket is always a fantastic opportunity, but to play that third one, which is the World Test Championship final, is pretty special.”

Taylor, who is on his fourth trip to these shores, rued the lack of warm-up matches. “From my first tour in 2008, we must have played four or five warm-up games. But times have changed, whether it’s England or series in Australia and India, you don’t get much preparation and lead-in with so much cricket on. And with IPL and being in a bubble and not being able to play county teams,” he told stuff.co.nz.

However, the senior pro asserted that he and his teammates were confident heading into the Lord’s Test.

“A lot of experience has to come into it for the guys who have played here before, but the guys who haven’t are asking that question. There’s going to be a feel period without having a proper game but that’s no excuse, whatever we do first on Wednesday we’ll have to do well,” Taylor said.

The visitors will be without Boult though, who is currently training in Mount Maunganui with the Dukes ball. The 31-year-old wanted to spend some time with his wife and two sons following the Indian Premier League suspension.

As things stand, he will miss the two Tests against England, but will be ready for the India duel. “I’m not too worried about my bowling loads. I’m getting some confidence with the old Dukes,” he said.

Boult is likely to be replaced by Matt Henry, whose prodigious swing and sharp seam movement prised open India’s top order in the 2019 World Cup semi-final at Old Trafford. With Jamieson, Tim Southee and left-arm enforcer Neil Wagner, it gives the Kiwi pace attack variety and a venomous hue.

They will need to play a stellar role in unison if New Zealand have to notch up their first win at Lord’s in 22 years.

06/01/2021 Sport Comments Off on Despite truncated practice and hard quarantine, Kiwis ready for Lord’s
India