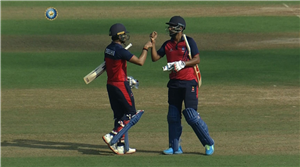 Delhi chased the target with three overs to spare even as skipper and India opener Shikhar Dhawan (5) fell cheaply. 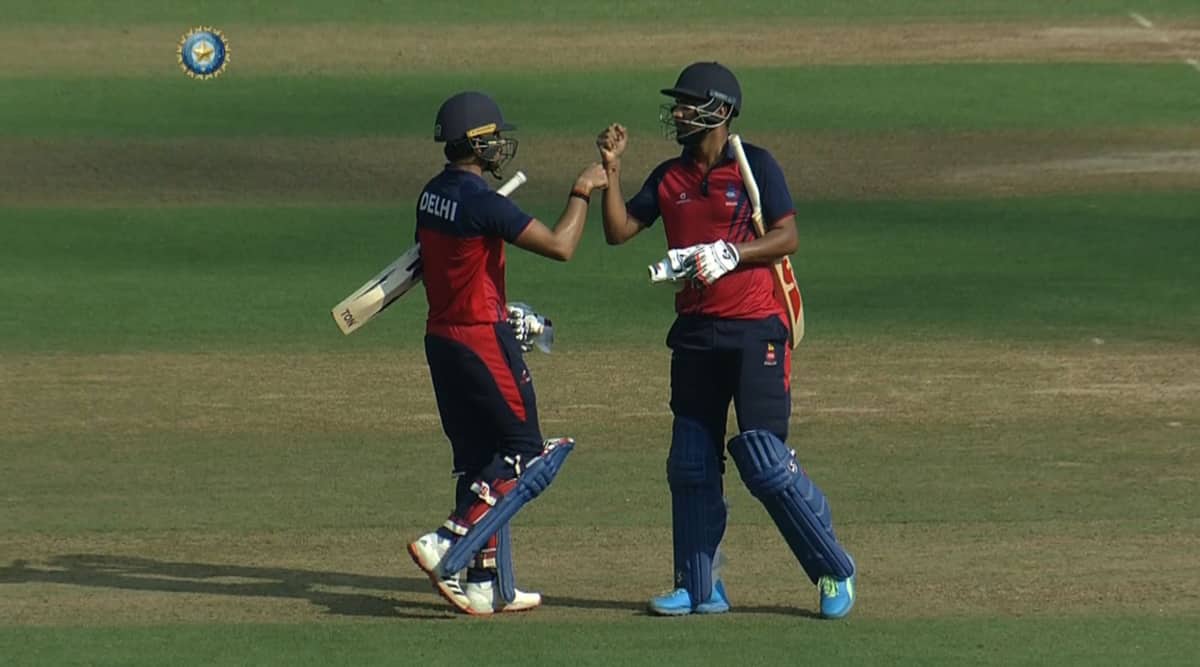 Put into bat at the Wankhede Stadium, Andhra were restricted to 124/9 in their 20 overs, as Delhi bowlers led by left-arm pacer Pradeep Sangwan (3/33), put up an impressive show.

Delhi chased the target with three overs to spare even as skipper and India opener Shikhar Dhawan (5) fell cheaply.

For Andhra, Ashwin Hebber, who walked in at number five (32) was the top scorer as their entire top-order including skipper Ambati Rayadu (1), stumper K S Bharat (8) and Ricky Bhuvi (0) struggled.

Andhra were reeling at 36 for four at one stage. Their innings never got going as Delhi made regular inroads. India speedster Ishant Sharma (2/17), right-arm pacer Simarjeet Singh (2/21) and off-spinner Lalit Yadav (2/22) played their roles to perfection.

For Delhi, the chase wasn’t exactly a walk in the park as they were reduced to 10 for two. But Nitish Rana (27) and Anuj Rawat (33) shared 52-runs for the third wicket to bring them back into the game.

After the two departed, Himmat Singh (32 not out) and Lalit Yadav (20 not out) ensured that there were no further hiccups as they forged an unbeaten 40-run fifth wicket stand to take their side home.

Delhi had defeated Mumbai in their opening game.

Barot, who was unlucky to miss out on a well-deserved century, hit 13 fours and four sixes while Mankad’s innings was laced with six boundaries and four maximums.

For Vidarbha, medium pacer Darshan Nalkande (4/32) was the pick of the bowlers while Yash Thakur (2/47) claimed a two wickets.

In the chase, Vidarbha was off to a bright start with opener Jitesh Sharma scoring a 27-ball 43.

However, no other batsman could up fight against Sakariya and Mankad, who kept striking at regular intervals. Three Vidarbha players returning to the pavilion without opening their account.