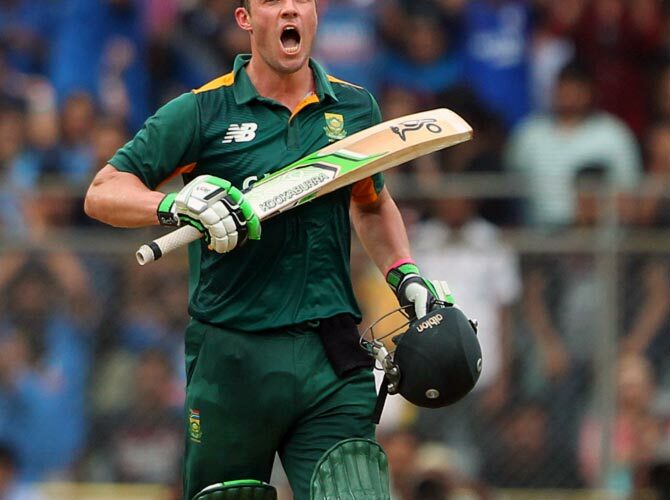 Meanwhile, South Africa have included uncapped off-spinner Prenelan Subrayen and seamer Lizaad Williams in their squad for the two-Test series in the West Indies that starts on June 10.

AB de Villiers has decided against a return to international cricket and will not play for South Africa at the Twenty20 World Cup that is scheduled to take place in India later this year, officials confirmed on Tuesday.

De Villiers had been in talks with head coach Mark Boucher about a return to the limited overs side following his retirement from all international formats in May 2018.

“Discussions with AB de Villiers have concluded with the batsman deciding once and for all that his retirement will remain final,” Cricket South Africa said when announcing their squads for limited overs series in the West Indies and Ireland over the next few months.

De Villiers was at his destructive best for the Royal Challengers Bangalore during this year’s Indian Premier League before it was suspended due to the COVID-19 pandemic, and would have added great experience to a struggling South African side that has under-performed in recent years.

Meanwhile, South Africa have included uncapped off-spinner Prenelan Subrayen and seamer Lizaad Williams in their squad for the two-Test series in the West Indies that starts on June 10.

The pair are part of a 19-man squad that will be led by new captain Dean Elgar, with Subrayen, 27, one of four frontline spin bowlers in the selection along with Keshav Maharaj, Tabraiz Shamsi and George Linde.

Those matches will be followed by a five-match T20 series in the Caribbean, before the team travels to Ireland for three One-Day Internationals and three T20 matches between July 11-25.

“The team has been in a rebuilding phase for a while now but we are satisfied that the return on investment is going to show itself sooner rather than later. We have to trust the process that has been put in place and support our team while they find themselves and their way,” convenor of selectors Victor Mpitsang said in a statement.