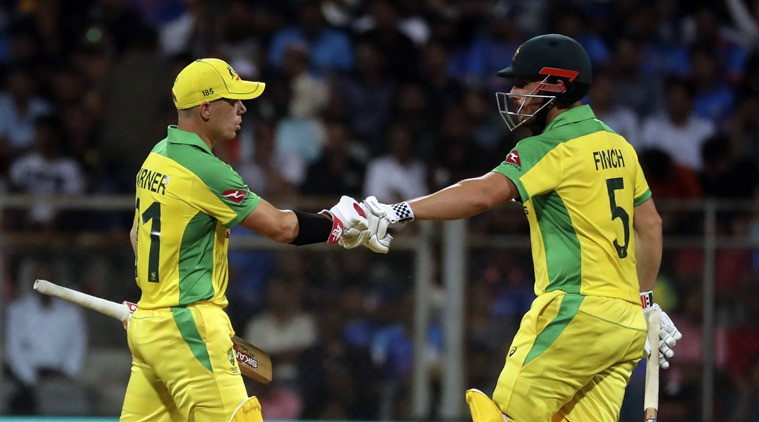 David Warner (128*) and Aaron Finch (110*) shared Australia's second-highest opening partnership in one-day internationals of 258 runs to hand their team the biggest win by wickets against India. 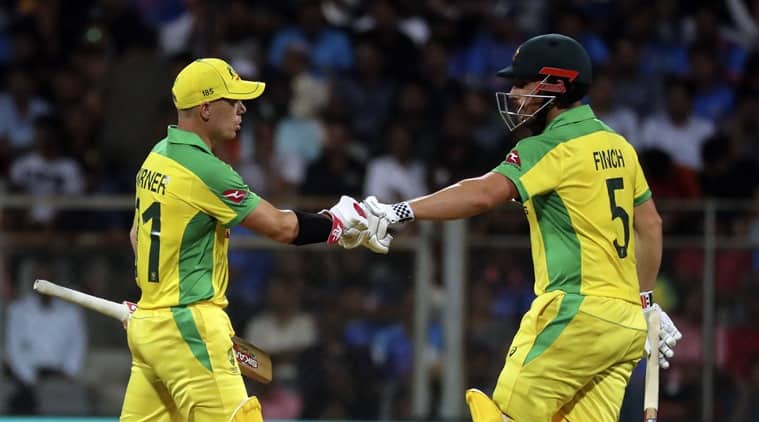 Australia came out all guns blazing in the first of the three ODIs against India as they outclassed the hosts with a 10-wicket win at Wankhede Stadium, Mumbai on Tuesday. The visitors registering their biggest win by wickets in the format against the Men in Blue.

Chasing a target of 256, David Warner (128*) and Aaron Finch (110*) indulged in a batting masterclass as both the Australian openers hit centuries to guide their team to a fourth consecutive ODI victory on Indian soil. Warner reached his hundred in just 88 balls, and by the end of the innings, hit 17 boundaries and three sixes. His captain, on the other hand, hit 13 boundaries and two sixes, and helped Australia draw first blood in the series.

India started their innings with Rohit Sharma (10) and Shikhar Dhawan (74), before the former fell early on the fifth over to Mitchell Starc. With KL Rahul (47) on the crease, India then rebuilt their innings with a brilliant 121-run second-wicket partnership off 136 balls. However, India failed to capitalise on the platform laid by Dhawan and Rahul. 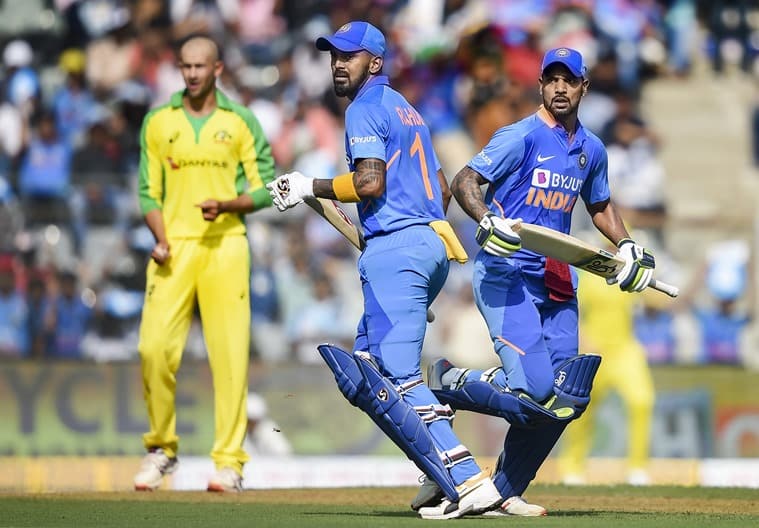 After the departure of Rahul and Dhawan, Kohli failed to stabilise his team’s innings after coming on at no. 4 as he was caught and bowled by Adam Zampa. Shreyas Iyer followed suit when Starc induced an edge an over later and Alex Carey did the rest behind the stumps.

Rishabh Pant (28) and Ravindra Jadeja (25) shared 49 runs for the sixth wicket, but after they were perished by the Australian pace attack, the tailenders could do very little to boost India towards a 300-run total. With the wicket of Mohammed Shami, India were all-out on 255 in 49.1 overs.

Dhawan remained the top-scorer at the end of the innings with nine boundaries and a six, and reached his 28th ODI half-century in 66 balls. On the other, Starc scalped the most wickets for Australia, finishing with 3/56. Pat Cummins (2/44) and Kane Richardson (2/43) provided enough support to the left-armer.

Australia began their chase of 256 with the trusted opening partnership of Aaron Finch (110*) and David Warner (128*), and they kickstarted their impregnable stand from the first over itself with KL Rahul keeping wicket for a concussed Rishabh Pant. Hitting Jasprit Bumrah and Mohammed Shami for fours and sixes at regular intervals, they reached the 100-run mark in just 75 balls in a Kuldeep Yadav over.

Kohli was put under immense pressure with bowling selections, but the Australian pair braved it all and raced towards the target maintaining a run-rate of over six. India did have two dismissal shouts in between but DRS didn’t work in their favour — one Shardul Thakur caught behind, and another Ravindra Jadeja leg-before wicket. Warner, playing in India after over a year, reached his 18th ODI hundred in the 31st over off a Bumrah delivery in style, as he hit the top-ranked bowler for a well-struck boundary to the third man. Finch reached his 16th ODI century in the 35th over after hitting Jadeja for a boundary.

With two consecutive boundaries in the 38th over against Shami, Warner sealed Australia’s biggest win by wickets against India as they reached 258/0 in just 37.4 overs. This was also their fifth 10-wicket win in ODIs.

Despite setting a below-par target of 256 for Australia, India could have changed the game with their dangerous pace battery of Jasprit Bumrah and Mohammed Shami, but Australia’s openers were on song on Tuesday. Both Finch and Warner started their onslaught from early on, reaching 84/0 in the first powerplay itself.

The first-wicket partnership by the experienced pair guided Australia to their first win of the series in a comfortable fashion as they shared Australia’s second-highest opening stand in one-day internationals of 258 runs. This is also the highest partnership for any wicket against India in ODIs.