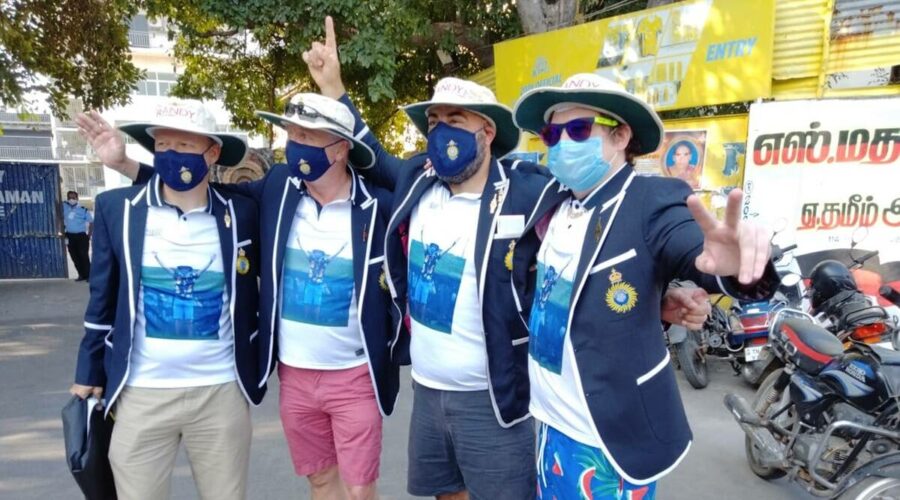 An American cricketer from Tulsa turned up at Chepauk, flanked by four Englishmen and an Australian. 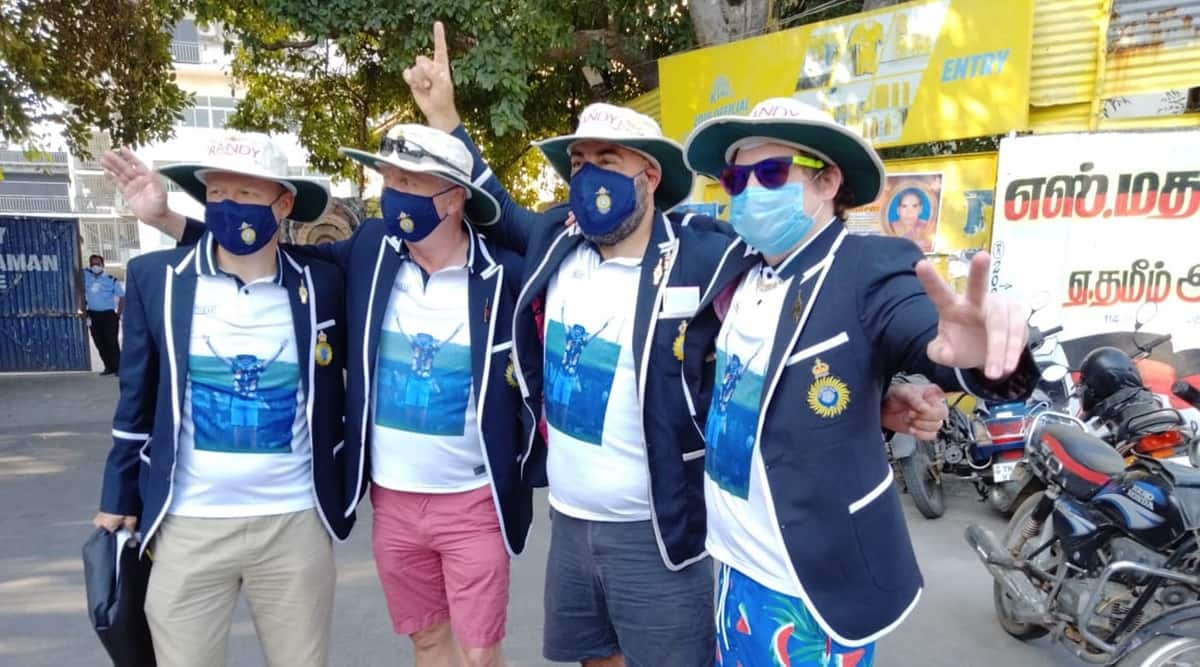 An American cricketer from Tulsa turned up at Chepauk, flanked by four Englishmen and an Australian. Matthew Christensen has played “a lot of amateur cricket” in the US before he came to India to work on clean energy. An India-England Test that is welcoming back fans to stadium was too big a temptation to resist. Delhi, where he is based out of now, to Chennai is only a little over two-and-a-half hours by air.

Joe Phelan, a London guy, is Christensen’s colleague and the group leader. He arranged the trip. Online match tickets were applied for and approved. So Phelan and Christensen, along with his compatriots Harry Martin and Mark May, and Australian Peter Nicholls set off for Chennai where they were joined by another Englishman Simon Harrison who came from Hyderabad. Christensen’s cricketing background did the wooing job. For Nicholls it was pure love for the game. The four Englishmen in the group assembled to form a poor man’s Barmy Army.

“Barmy Army is not here, so we will try to replicate them in a small way. It’s great to get back to the stadium again to watch a cricket match. We all are big cricket fans to start with,” Phelan says before he and his mates get virtually mobbed by the local TV crew.

Age difference didn’t matter Christensen, 30, looked be perfectly comfortable in company of Phelan who is 47 or May, 58. Four of them had already reached the stadium entrance. The other two in the party were a tad slow to start with. Shutterbugs kept them busy before they were ready to go. Cheering good cricket was the main item on the agenda.