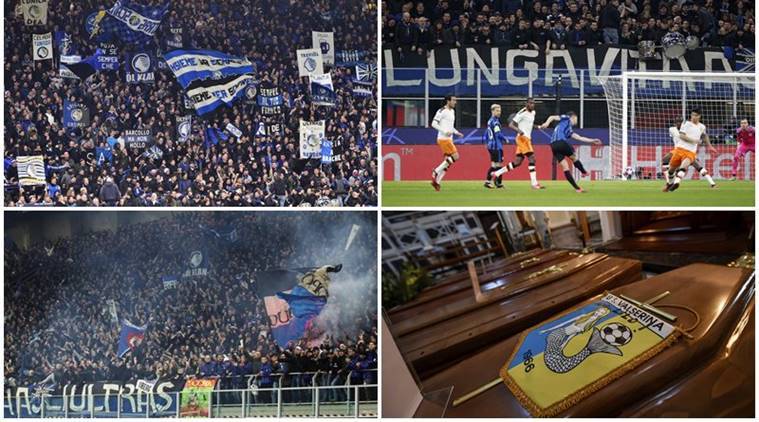 More than 40,000 fans gathered on a historic night for Atalanta and Valencia at the iconic San Siro stadium in Milan, Italy. A Champions League game between Atalanta and Valencia is being singled out as of the main reasons why Bergamo (in Italy) turned into one of the epicenters of the coronavirus pandemic.

It was a “biological bomb” was how one respiratory specialist described it while Bergamo Mayor Giorgio Gori admitted that there was no way it could be stopped.

“We were mid-February so we didn’t have the circumstances of what was happening,” Gori said earlier this week during a Facebook live chat.

“If it’s true what they’re saying that the virus was already circulating in Europe in January, then it’s very probable that 40,000 Bergamaschi in the stands of San Siro, all together, exchanged the virus between them. As is possible that so many Bergamaschi that night got together in houses, bars to watch the match and did the same.

“Unfortunately, we couldn’t have known. No one knew the virus was already here. It was inevitable,” the mayor added.

Less than a week after the game, the first cases were reported in the province of Bergamo. Here is all you need to know about the fateful game- 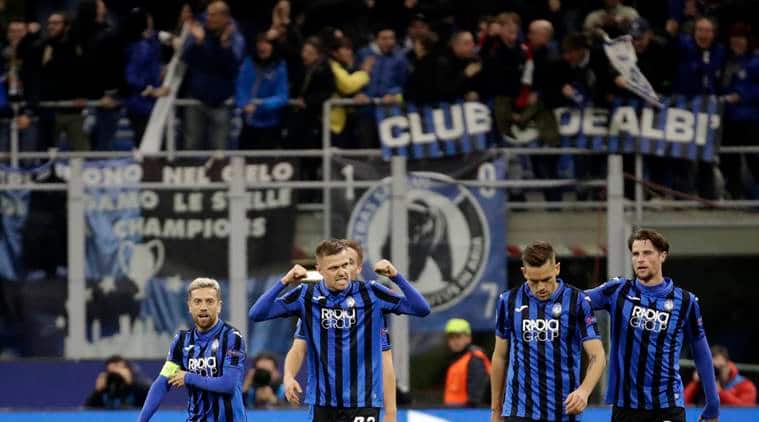 When was the Atalanta vs Valencia match held?
The UEFA Champions League match (first-leg) between Atalanta (from Italy’s Serie A) and Valencia (from Spain’s La Liga) was held on February 19. Two days later the first case of community transmission of COVID-19 was confirmed. Atalanta won, 4-1.

Where was the Atalanta vs Valencia held?
The game was played at the iconic San Siro Stadium in Milan because Atalanta’s stadium in Bergamo failed to meet the standards set by UEFA.

How many people attended the Atalanta vs Valencia match?
The official attendance for the contest is 45,792 — a “home” record for Atalanta. It was the biggest game in Atalanta’s history and a third of Bergamo’s population made the 37-mile trip from Bergamo to Milan. Out of a population of 120,000 people, more than 40,000 went to the San Siro. The number of travelling fans stands at 2,500. Why is this match being termed as a ‘biological bomb’?
As thousands of fans gathered in one arena without any prior warning the conditions for virus contagion were high much concern. It is also reported that before the game, travelling fans freely roamed around Milan.

“I have heard a lot (of theories), I’ll say mine: Feb. 19, 40,000 Bergamaschi went to San Siro for Atalanta-Valencia,” Fabiano di Marco, the chief pneumologist at the hospital in Bergamo, told Italian newspaper Corriere della Sera. “In buses, cars, trains. A biological bomb, unfortunately.”

How many players were affected after the match?
Atalanta goalkeeper Marco Sportiello has tested positive for COVID-19. More than one-third of Valencia’s squad got infected. Valencia and Argentine defender Ezequiel Garay was the first La Liga league player to test positive for COVID-19. As far as fans are concerned it is yet to be ascertained as to how many of the 40,000 plus fans were affected by the virus. By last week, Bergamo’s cemetery became so overwhelmed by the number of dead that military trucks began transporting bodies to a neighboring region for cremation. Italy remained the European country with the most cases, nearly 70,000, and with almost 7,000 deaths — the most worldwide and more than twice as many as China.

Spain is the next country in Europe with the most cases, nearly 48,000, and it has surpassed China in the number of deaths with more than 3,400.

Related posts:
03/29/2020 Sport Comments Off on COVID-19 ‘Game Zero’: Why a Champions League match turned into a ‘biological bomb’ in Italy
TV & Movies