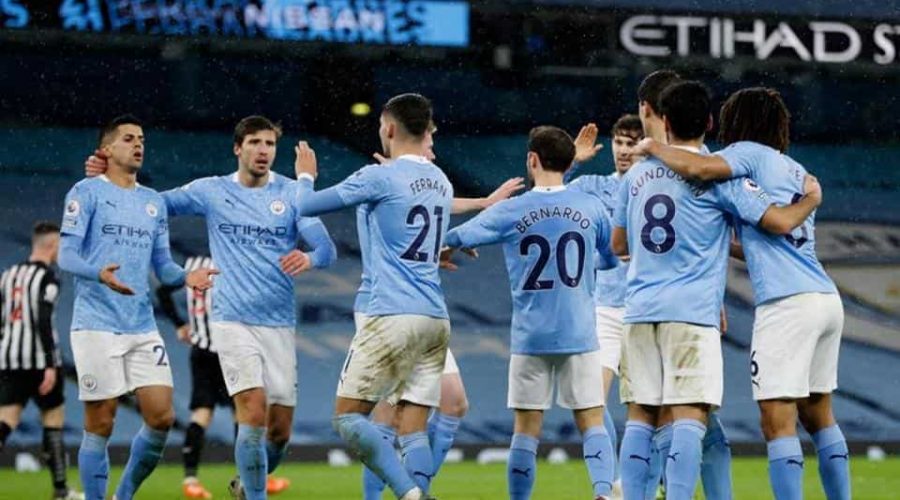 A growing coronavirus outbreak at Manchester City led to the postponement of Monday’s Premier League match at Everton and forced the team to close its training ground.

Arsenal also announced that defender Gabriel had contracted COVID-19 on Monday and would miss games on Tuesday and Saturday while isolating.

But hours before kickoff was due at Goodison Park on Monday, City announced that the latest round of coronavirus testing had produced “a number” of new positives.

“With the security of the bubble compromised, there posed a risk that the virus could spread further amongst the squad, the staff and potentially beyond,” City said in a statement. “Based on strong medical advice the Premier League, in consultation with both clubs, have decided to postpone the fixture.”

It comes amid concerns in England about the spread of a variant of COVID-19.

“The first team training ground at City Football Academy will close for an indeterminate period, with the squad and associated bubble undergoing testing before any decision is made for training to resume,” City said.

The Premier League said further testing would take place at City on Tuesday. Everton wants to know more about how the postponement call was reached by the league.

“Whilst Everton will always have public safety uppermost, we will be requesting full disclosure of all the information that Manchester City provided to the Premier League so the club can be clear on why this decision was taken,” the Merseyside club said.

It was the second Premier League match this season to be called off due to the coronavirus cases after Newcastle’s game against Aston Villa at the start of the month.

“The Premier League continues to have full confidence in its protocols and rules, and the way in which all clubs are implementing them,” the league said.

Games across the lower leagues in England have also been postponed this week.